Stanford, CA — Photosynthesis provides fixed carbon and energy for nearly all life on Earth, yet many aspects of this fascinating process remain mysterious. For example, little is known about how it is regulated in response to changes in light intensity. More fundamentally, we do not know the full list of the parts of the molecular machines that perform photosynthesis in any organism.

A type of single-cell green algae called Chlamydomonas reinhardtii is a leading subject for photosynthesis research. Despite its importance in the research world, few tools are available for characterizing the functions of its genes.

A team including Carnegie’s Martin Jonikas developed a highly sophisticated tool that will transform the work of plant geneticists by making large-scale genetic characterization of Chlamydomonas mutants possible for the first time. Their work is published by The Plant Cell. 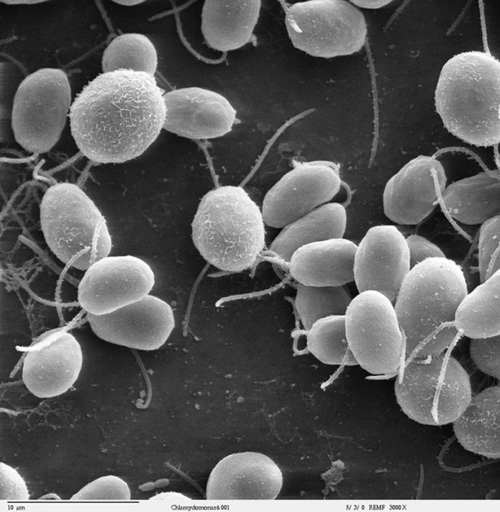 Their tool is a major step forward in the goal of identifying the genes that are necessary for photosynthesis, as well as other cellular functions such as the production of oily fats that are crucial for biofuel development. The use of similar tools for non-photosynthetic, single-celled organisms has revolutionized the understanding of cellular processes in bacteria and yeast, as well as animals.

“Our sequencing tool enables genotyping Chlamydomonas on an unprecedented scale, opening the door to comprehensive identification of genes required for photosynthesis,” Jonikas said.