Experts will investigate whether wealthy individuals and groups really do control political decisions as part of a new study.

Academics at the University of Exeter will investigate how policy is influenced by lobbying in the UK, the USA, the Netherlands and Germany to see which kinds of groups may have unfair access because of their funding, status or size.

It is thought to be the first investigation to examine how well interest groups represent the wishes of the public to governments. It is hoped the evidence gathered by the study will help explain which groups or individuals are able to shape national policy agendas. 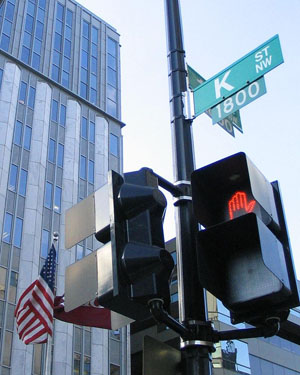 Researchers will interview representatives from lobbying groups and survey members of the public in each of the four countries as part of the study, called Agendas and Interest Groups, which will run for three years.

They hope to understand why some issues of concern to interest groups find their way onto the governmental agenda while others are excluded, and why this differs across countries.

Dr Amy McKay, who is leading the project, said: “It is often argued that organized interest groups wield disproportionate influence over public decision-making. The media frequently report close relationships between policymakers and political parties on one side and self-serving special interests on the other. Yet both the level of public support for interest group activities and the level of political influence of those groups are virtually unknown.

“We hypothesize, or suspect, that wealthier lobbying groups and individuals have greater access to and influence over policymakers at an early stage, and that allows them to set the agenda.

“Our study will focus on the impact, as well as the attention, that various lobbying groups get. We want to know to what extent different interest groups influence policy agendas and ultimately change policy.”

Researchers will interview representatives from a random sample of 100 interest groups in each of the four countries and survey the general public in each country about their policy wishes.

Using a random sample will help ensure that the researchers speak to interest groups who have been successful as well as those who have been unsuccessful in influencing governmental policy. The authors will track proposals over time to discover whether the groups achieve their policy objectives.

The academics will also ask 1,000 members of the public in each country what policy changes they would ideally like to enact in order to discover how much overlap there is between the policy interests of lobbyists and the policy pursuits of politicians.

Lobbying groups in the USA are constitutionally protected but subject to numerous public disclosure rules. In the Netherlands and Germany laws require that certain interest groups are consulted when policy is made, whereas in the UK and USA in theory everyone should have access to governments — although policymakers can choose who they listen to.

Academics will work with an advisory committee, which includes Professors Frank Baumgartner, Jan Beyers, David Coen, David Lowery and Anne Rasmussen, who are among the foremost authorities on interest groups and their effects on government and society in the US and Europe.

Other academic partners on the project, which is funded by the Economic and Social Research Council, are from the universities of Stuttgart, Amsterdam, Kings College London and Rutgers.