De novo mutations – genetic errors that are present in patients but not in their parents – are more frequent in schizophrenic patients than in normal individuals, according to an international group of scientists led by Dr. Guy A. Rouleau of the University of Montreal and CHU Sainte-Justine Hospital. The discovery, published today in Nature Genetics, may enable researchers to define how the disease results from these mutations and eventually develop new treatments for it.

“The occurrence of de novo mutations, as observed in this study, may in part explain the high worldwide incidence of schizophrenia,” says Dr. Rouleau, who is also Director of the CHU Sainte-Justine Research Center and researcher at the University of Montreal Hospital Research Centre. “Because the mutations are located in many different genes, we can now start to establish genetic networks that would define how these gene mutations predispose to schizophrenia,” adds Simon Girard, the student who performed the key experiments that led to this discovery. “Most of the genes identified in this study have not been previously linked to schizophrenia, thereby providing new potential therapeutic targets.” 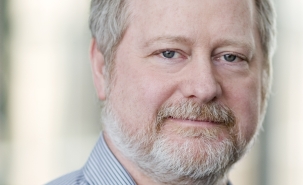 Schizophrenia is a major mental disorder characterized by a wide spectrum of symptoms, including delusions, hallucinations, disturbances in thinking, and deterioration of social behaviours. According to the World Health Organization, as many as 24 million individuals worldwide suffer from schizophrenia and over half of them are not receiving appropriate care to relieve their symptoms.

Dr. Rouleau’s team used modern DNA sequencing technologies to identify genetic changes in patients with schizophrenia whose parents showed no signs of the disease. To identify genetic mutations associated with schizophrenia, Dr. Rouleau and his team analysed approximately 20,000 genes from each participant in the study. The research team was especially interested in “de novo” mutations, meaning those that are present in patients but absent in their parents.

“Our results not only open the door to a better understanding of schizophrenia,” adds Dr. Rouleau. “They also give us valuable information about the molecular mechanisms involved in human brain development and function.”

The identification of de novo mutations in schizophrenia supports the hypothesis proposed by Dr. Rouleau in 2006, that this type of mutation plays a role in several diseases affecting brain development such as autism, schizophrenia and mental retardation.