A new fuel-cell concept, developed by an Michigan State University researcher, will allow biodiesel plants to eliminate the creation of hazardous wastes while removing their dependence on fossil fuel from their production process.

The platform, which uses microbes to glean ethanol from glycerol and has the added benefit of cleaning up the wastewater, will allow producers to reincorporate the ethanol and the water into the fuel-making process, said Gemma Reguera, MSU microbiologist and one of the co-authors.

“With a saturated glycerol market, traditional approaches see producers pay hefty fees to have toxic wastewater hauled off to treatment plants,” she said. “By cleaning the water with microbes on-site, we’ve come up with a way to allow producers to generate bioethanol, which replaces petrochemical methanol. At the same time, they are taking care of their hazardous waste problem.” 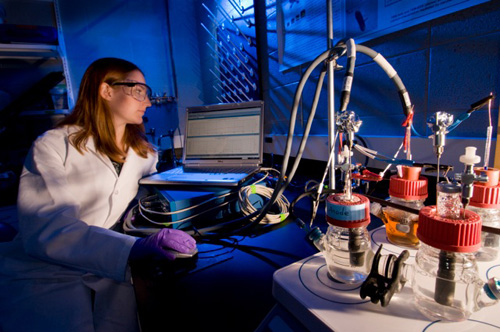 The results, which appear in the journal Environmental Science and Technology, show that the key to Reguera’s platform is her patented adaptive-engineered bacteria – Geobacter sulfurreducens.

Geobacter are naturally occurring microbes that have proved promising in cleaning up nuclear waste as well in improving other biofuel processes. Much of Reguera’s research with these bacteria focuses on engineering their conductive pili or nanowires. These hair-like appendages are the managers of electrical activity during a cleanup and biofuel production.

First, Reguera, along with lead authors and MSU graduate students Allison Speers and Jenna Young, evolved Geobacter to withstand increasing amounts of toxic glycerol. The next step, the team searched for partner bacteria that could ferment it into ethanol while generating byproducts that ‘fed’ the Geobacter.

“It took some tweaking, but we eventually developed a robust bacterium to pair with Geobacter,” Reguera said. “We matched them up like dance partners, modifying each of them to work seamlessly together and eliminate all of the waste.”

Together, the bacteria’s appetite for the toxic byproducts is inexhaustible. 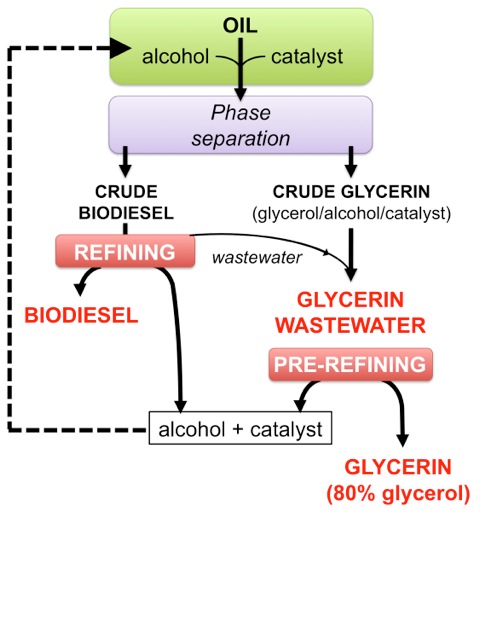 “They feast like they’re at a Las Vegas buffet,” she added. “One bacterium ferments the glycerol waste to produce bioethanol, which can be reused to make biodiesel from oil feedstocks. Geobacter removes any waste produced during glycerol fermentation to generate electricity. It is a win-win situation.”

The hungry microbes are the featured component of Reguera’s microbial electrolysis cells, or MECs. These fuel cells do not harvest electricity as an output. Rather, they use a small electrical input platform to generate hydrogen and increase the MEC’s efficiency even more.

The promising process already has caught the eye of economic developers, who are helping scale up the effort. Through a Michigan Translational Research and Commercialization grant, Reguera and her team are developing prototypes that can handle larger volumes of waste.

Reguera also is in talks with MBI, the bio-based technology “de-risking” enterprise operated by the MSU Foundation, to develop industrial-sized units that could handle the capacities of a full-scale biodiesel plant. The next step will be field tests with a Michigan-based biodiesel manufacturer.