Leah Ceccarelli is a professor of communication and author of the book “On the Frontier of Science: An American Rhetoric of Exploration and Exploitation.” She answered a few questions about the book for UW Today.

Q: What’s the concept behind this book? Why did you write it?

A: I kept seeing appeals to the American frontier spirit in the public arguments of scientists. That rhetoric was often inspiring, giving scientists an exciting image of their work across the metaphorical “boundaries” of knowledge. But it was also troubling in the expectations it set out about the manifest destiny of scientists to push forward at all costs, and in the way it reinforced their separation from a public that funds their endeavors. 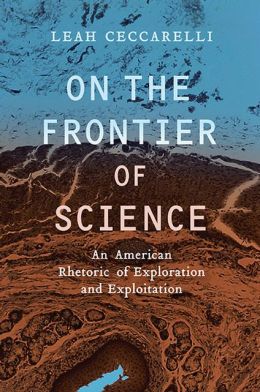 Q: You write that the metaphor of the frontier “shapes our understanding of science in America, it narrows our perception of who is qualified to undertake scientific research.” Would you elaborate?

A: The heroes envisioned by scientists who use the “frontier of science” metaphor are always adventurous men, such as Lewis and Clark. So young women who might do well in a scientific career, but who but can’t imagine themselves as lonely explorers, are discouraged from considering themselves as future scientists.

Q: You quote a historian saying the frontier metaphor is capable of “sudden twists and shifts of meaning.” Would you give an example?

A: When (biologist) E.O. Wilson writes eloquently about the need for research on endangered species in the Brazilian rainforest, he frames it as a “bioprospecting” venture in which heroic individuals “hunt for new treasures.” This makes a fairly dull taxonomic study seem thrilling to American scientists. But Brazilians have responded to this rhetoric by closing their territorial borders to foreign biodiversity researchers for fear that American scientists are going to mine Brazil’s “biological wealth” and seize intellectual property rights to new pharmaceutical chemicals derived from the species being cataloged there.

Q: You write that the George W. Bush administration redefined the scientific frontier as “a deadly and dystopian space,” subverting the appeal of “an American spirit that always presses forward toward new biological futures.” How so? And is that change a lasting one?

A: By imagining the forward progress of scientists as dragging us onto a minefield or into an apocalyptic future, Bush created a vision that runs counter to the positive connotation of the scientific adventurer who expands America’s borders by entering a rich wilderness territory. But he only used these counter-metaphors in his first stem cell speech in 2001; they dropped out of his discourse after that, and thus had no lasting effect. 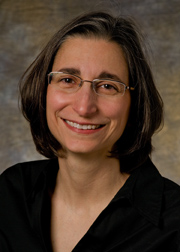 Q: A review of your book in Science stated, “The future of science … might depend on a lasting withdrawal from the frontier metaphor.” It added, “Perhaps a fresh metaphor could unleash a new era in science, one where the victor is not a conqueror but a collaborator instead.” Do you agree? How is such a new era achieved?

A: I’ve thought about promoting other metaphors, but they all end up having their own drawbacks. Rather than police our use of language or encourage the substitution of one metaphor for another, I think we’re better off just being critically aware of the language we use and the implications that our rhetorical choices subtly carry along with them.

For example, once we come to see how the frontier of science metaphor asks us to think about the bodies of human subjects as territory, and biological research as a competition between nations for ownership of that territory, we can begin to ask ourselves if that’s how we really want to conceptualize what we’re studying and how we’re studying it.

Q: Briefly put, what were your conclusions and/or recommendations? How is the rhetorical trope of the frontier to be avoided, or differently used?

A: I doubt that we could consciously eliminate the metaphor from our vocabulary, even if we tried. But we could use it with more care, evoking aspects of the frontier myth that are more conducive to the ethic that we want to promote for science.

For example, rather than praise the rugged men who spend lonely days exploring the frontiers of science, we can talk about the collaborative efforts of our modern wagon train pioneers of science.

Rather than imagine the next Lewis and Clark of the laboratory, we can talk about the next Sacagawea of the laboratory, where the translator’s skill with languages, ability to negotiate, and capacity for work/life balance are just as highly valued as the masculine adventurer’s tendencies toward risk-taking and long periods of separation from others.