Celia has exploded into a monster hurricane in the Eastern Pacific, and is now a Category 5 storm over open waters.

NASA’s Aqua satellite captured an infrared image (that shows temperature) of Celia’s clouds and clearly shows an eye in the storm.

Celia’s eye appears well-defined and is between 15-20 nautical miles wide. 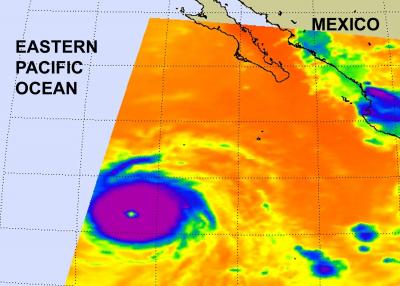 About the image above: AIRS noticed that Celia has a very large area of them where clouds are so very high in the troposphere (to the tropopause) that they’re as cold as -94 to -112 (-75 to -80 Celsius) Fahrenheit! Image credit: NASA JPL, Ed Olsen

High, cold cloud tops indicate strong thunderstorms around a tropical cyclone’s center. AIRS imagery on June 25 noticed that Celia had a very large area of high, icy cold clouds that are so very high in the troposphere (to the tropopause) that they’re as cold as -94 to -112 (-75 to -80 Celsius) Fahrenheit! The National Hurricane Center called Celia a “very impressive hurricane” this morning.

Warm sea surface temperatures are also critical for a tropical cyclone’s development, and AIRS infrared imagery is able to read those temperatures from space, too.

AIRS imagery taken on Friday, July 25 at 9:05 UTC (5:05 a.m. EDT) showed that the sea surface temperatures around Celia were over the 80 degree Fahrenheit threshold needed to continue powering tropical cyclones. As Celia continues to move west-northwestward, however, those waters will become cooler and they are expected to weaken Celia. 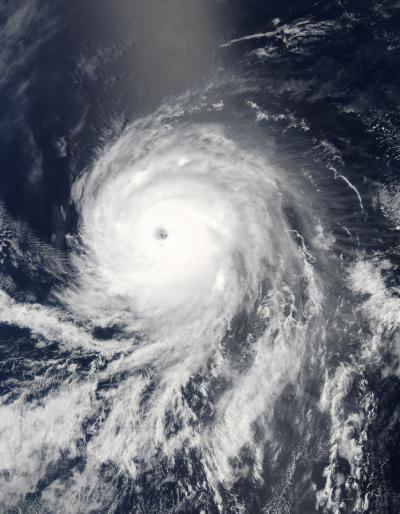 Celia’s center was located about 805 nautical miles southwest of the southern tip of Baja California, near 13.4 North and 117.0 West. Celia’s minimum central pressure is 926 millibars, and she is moving west-northwest near 13 mph (20 km/hr).

The cooler waters that lie in Celia’s path are expected to quickly help weaken the storm. The National Hurricane Center expects Celia to be downgraded to tropical storm strength late on Sunday, June 27.