COLUMBIA, Mo. – Feet arches give humans a spring in their steps, shock absorbing abilities, and stiff platforms to propel themselves forward, allowing them to walk upright consistently. Now, researchers at the University of Missouri and Arizona State University have found proof that arches existed in a predecessor to the human species that lived more than 3 million years ago. This discovery could change scientists’ views of human evolution. The study is being published this week in Science.

Carol Ward, an MU researcher in the Department of Pathology and Anatomical Sciences at the MU School of Medicine, and William Kimbel and Donald Johanson, director and founding director of the Institute of Human Origins at Arizona State University, studied a 3.2 million-year-old fourth metatarsal of Australopithecus afarensis. A team from the Institute of Human Origins and National Museum of Ethiopia led by Kimbel discovered the fossil in Hadar, Ethiopia. The species is often referred to as “Lucy,” the nickname of the most complete fossil skeleton of the species to be discovered. 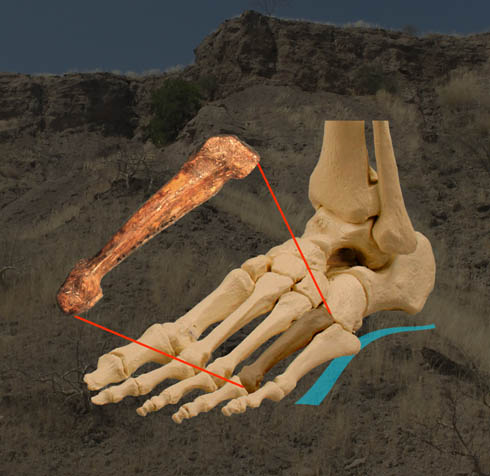 The bone is the fourth metatarsal in the foot, which helps connect the toes and foot muscles to the skeleton, providing critical support to the skeleton. Image credit: University of Missouri

The foot bone suggests that these hominids had stiff, arched feet, similar to humans. Australopithecus afarensis had smaller brains and stronger jaws than humans, and scientists have known the animals walked upright on two feet. However, researchers have not known whether Lucy and her kin were more versatile creatures than humans and spent time climbing through the trees. 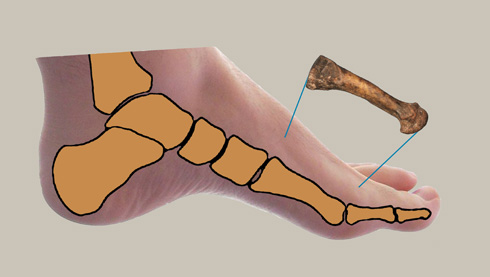 The bone is very similar to what humans have in their feet. This bone helps create arches in human feet, which provide critical support for other joints in the human skeleton. Image credit: University of Missouri

“Now that we know Lucy and her relatives had arches in their feet, this affects much of we know about them, from where they lived to what they ate and how they avoided predators,” said Ward, professor of integrative anatomy. “The development of arched feet was a fundamental shift toward the human condition, because it meant giving up the ability to use the big toe for grasping branches, signaling that our ancestors had finally abandoned life in the trees in favor of life on the ground.” 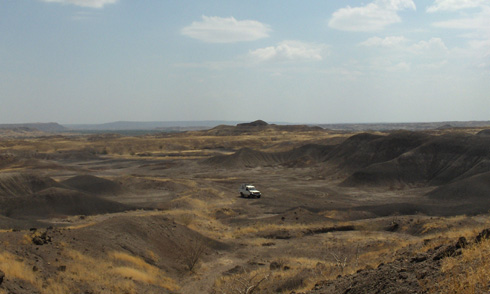 Scientists from Arizona State University discovered the 3.2 million-year-old fossil in this site in Hadar, Ethiopia. MU’s Carol Ward studied the bone and determined that it was a foot bone to a predecessor to humans. Image credit: University of Missouri

With human-like arches in its feet, Australopithecus afarensis was able to roam the countryside and leave the forest to forage for food when necessary. With its strong jaws, Australopithecus also could eat several types of food, including fruit, seeds, nuts and roots. Combining their strong jaws and their new skill of walking, Lucy and her relatives were able to live in open areas as well as wooded ones. Australopithecus was a new kind of hominin, fundamentally different from earlier species like Ardipithecus ramidus, which preceded Lucy and was not committed to walking upright on the ground. Instead, Ardipithecus ramidus moved on all four feet or upright depending on the situation, and had powerful grasping feet. 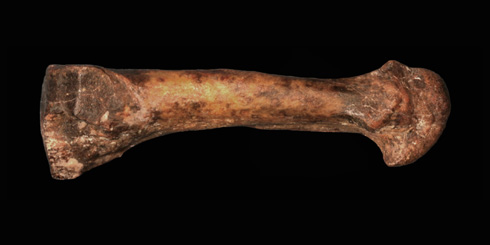 This 3.2 million-year-old fossil indicates that a predecessor to humans had human-like feet and had the ability to travel farther than scientists thought previously. Image credit: University of Missouri

“Arches in the feet are a key component of human-like walking because they absorb shock and also provide a stiff platform so that we can push off from our feet and move forward,” Ward said. “People today with ‘flat feet’ who lack arches have a host of joint problems throughout their skeletons. Understanding that the arch appeared very early in our evolution shows that the unique structure of our feet is fundamental to human locomotion. If we can understand what we were designed to do and the natural selection that shaped the human skeleton, we can gain insight into how our skeletons work today. Arches in our feet were just as important for our ancestors as they are for us.” 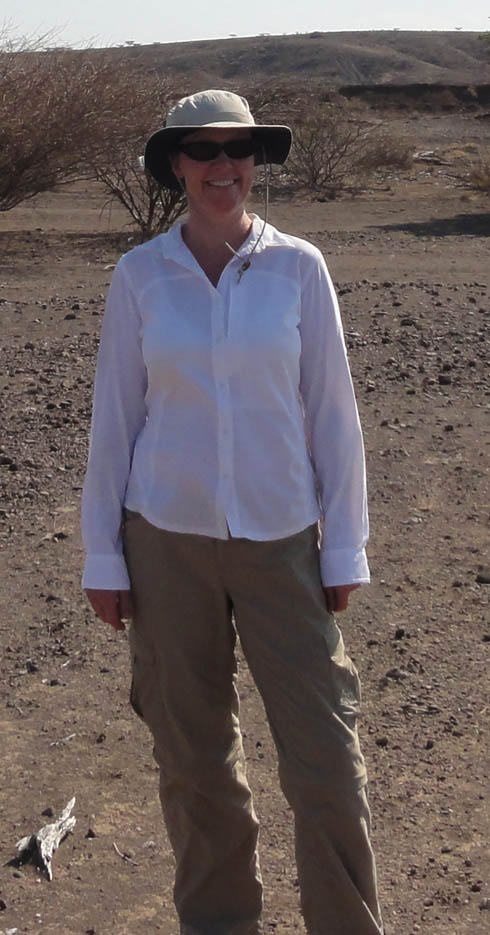 Carol Ward, professor of integrative anatomy at MU, recently discovered that a 3.2 million-year-old predecessor to humans had arches in its feet, proving that the animal walked upright all the time. Image credit: University of Missouri

“This fourth metatarsal is the only one known of A. afarensis and is a key piece of evidence for the early evolution of the uniquely human way of walking,” Kimbel said. “The ongoing work at Hadar is producing rare parts of the skeleton that are absolutely critical for understanding how our species evolved.”

Science is the journal of the American Association for the Advancement of Science.