MSU Leads First Study of Resiliency on the Battlefield

EAST LANSING, Mich. — In the first combat-zone study of its kind, a research team led by Michigan State University found that soldiers with a positive outlook in the most traumatic situations were less likely to suffer health problems such as anxiety and depression.

The study, which surveyed Army troops fighting in Iraq, could have implications for police officers, firefighters and others who regularly deal with traumatic events such as death. Training these first-responders to think in less catastrophic terms could help them better cope with distressing events and function more effectively in the long term, said MSU’s John Schaubroeck, lead researcher on the project.

The study will be published in the January issue of the Journal of Occupational Health Psychology. 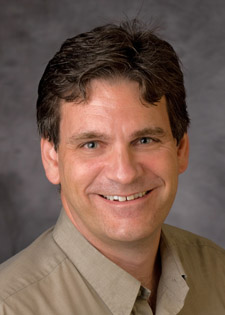 “There is evidence that if we can train people to be more psychologically resilient – that is, less catastrophic in their thinking and more optimistic and more hopeful – then they function better when they encounter traumatic situations,” said Schaubroeck, John A. Hannah Distinguished Professor of psychology and management. “They may be less likely to experience symptoms of post traumatic stress disorder down the line, although we don’t know that for sure.”

Schaubroeck added that people who have high levels of resiliency still experience stress and symptoms of health problems. “It’s just that resiliency means they get over the event relatively quickly, while a low-resiliency person might have a hard time letting go.”

The study was based on a survey of 648 soldiers in nine combat units fighting in Iraq in 2004. This was about 15 months after the end of major combat operations were declared, but during a period of heavy fighting against insurgents in particular areas. The information was collected in Iraq by Lt. Col. Everett Spain, an Army officer and then instructor and assistant professor at the United States Military Academy.

Many researchers have studied the psychological effects of combat after the fact, but this appears to be the first study to scientifically investigate resilience during wartime. The study analyzed traits including hopefulness, optimism and ego resilience, which basically means how well a person maintains psychological well-being during difficult times.

On a practical note, Schaubroeck said leaders can play a crucial role in shaping a message of hope and optimism. It’s especially important to target individuals experiencing trauma for the first time. If a rookie police officer witnesses a colleague get killed, for example, the officer needs to understand that an emotionally-charged reaction is normal, Schaubroeck said.

“The fact that you’re crying because you saw someone get shot and you can’t help them – it’s not unusual to be in that situation if you are a police officer,” Schaubroeck said. “Leaders need to be sensitive to this when debriefing people and not depend entirely on health professionals. Oftentimes when you bring in health professionals, it’s too late; the psychological situation has already gotten out of hand for the individual.”