Team members of NASA’s Mars Science Laboratory mission took a test rover to Dumont Dunes in California’s Mojave Desert this week to improve knowledge of the best way to operate a similar rover, Curiosity, currently flying to Mars for an August landing.

The test rover that they put through paces on various sandy slopes has a full-scale version of Curiosity’s mobility system, but it is otherwise stripped down so that it weighs about the same on Earth as Curiosity will weigh in the lesser gravity of Mars.

Information collected in these tests on windward and downwind portions of dunes will be used by the rover team in making decisions about driving Curiosity on dunes near a mountain in the center of Gale Crater. 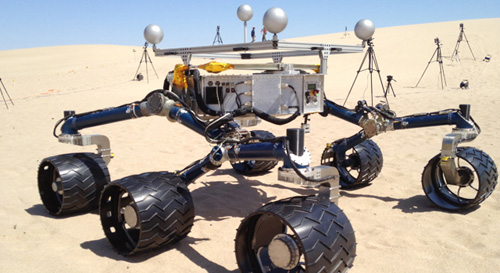 First, however, the Mars Science Laboratory spacecraft, launched Nov. 26, 2011, must put Curiosity safely onto the ground. Safe landing on Mars is never assured, and this mission will use innovative methods to land the heaviest vehicle in the smallest target area ever attempted on Mars. Advances in landing heavier payloads more precisely are steps toward eventual human missions to Mars.

Curiosity is on track for landing the evening of Aug. 5, 2012, PDT (early on Aug. 6, Universal Time and EDT) to begin a two-year prime mission. Researchers plan to use Curiosity to study layers in Gale Crater’s central mound, Mount Sharp. The mission will investigate whether the area has ever offered an environment favorable for microbial life. 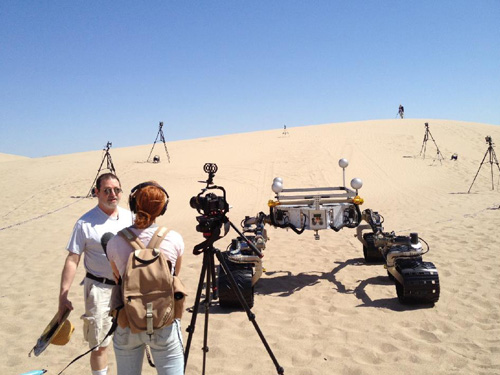 NASA’s Jet Propulsion Laboratory, a division of the California Institute of Technology in Pasadena, manages the mission for the NASA Science Mission Directorate, Washington.