“In 1956, Martin Luther King stood here in Rockefeller Chapel, speaking before 1,600 people,” Zimmer said, “and he implored the audience to continue the fight for justice.” 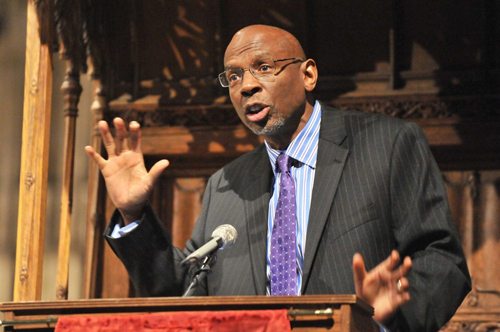 Geoffrey Canada, President and CEO of the Harlem Children's Zone in New York, amplifies the need to inspire and challenge all children to live up to their potential and to provide the resources needed to help them get there. Canada was the keynote speaker at the 2012 MLK Commemoration Celebration in Rockefeller Memorial Chapel. Photo by Bruce Powell

That year, King gave one of three public addresses he would make at the University of Chicago from 1956 to 1966. Zimmer reiterated King’s message that only through improved education can society achieve genuine equality and freedom. In affirmation of King’s insight, the 2012 MLK keynote speaker was Geoffrey Canada, CEO of the Harlem Children’s Zone (HCZ). Canada has devoted his life to furthering educational opportunities for children living in poverty in New York’s Harlem neighborhood. 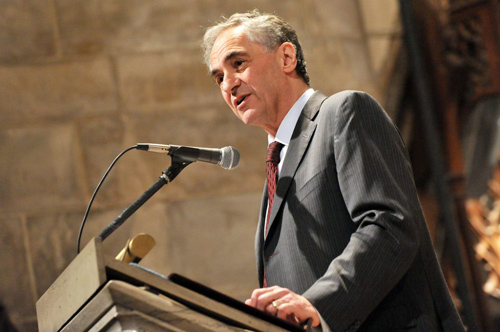 King “articulated a spirit and determination that continues to inspire people across the country to strive for social equality and justice for all,” said Zimmer, who also recognized two individuals honored earlier in the day with the University’s 2012 Diversity Leadership Awards. Shayne Evans, managing director of the Urban Education Institute and director of the University of Chicago Charter School, and Sylvia Puente, AM’90, executive director of the Latino Policy Forum, received the awards for embodying King’s values and commitment to freedom and equality through their work serving diverse populations in the city. 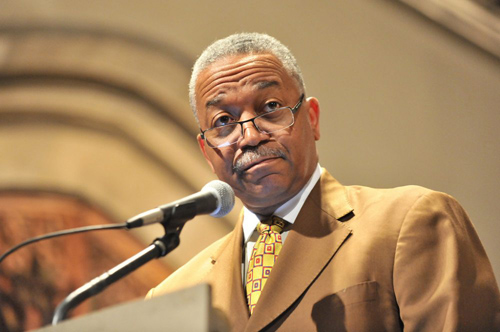 Charles Payne, the Frank P. Hixon Distinguished Service Professor in the School of Social Service Administration and an affiliate of the Urban Education Institute, introduced the Canada, calling him “an authentic hero — he has been a beacon for what’s possible.”

Canada grew up knowing he wanted to serve others, primarily through teaching. King, he said, understood the central role of education. Canada said he is “convinced that if this country continues to treat the children of this nation the way they do, we are going to destroy this great country.” 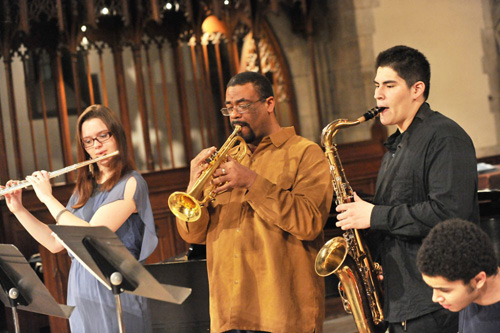 He cited numerous troubling trends, including the statistic that 75 percent of all young people in America cannot qualify for the military, many because they dropout of high school or are convicted of a felony. Some, even though they pass high school, still cannot pass the military entrance exam.

Relating this data to children’s health, he noted that 33 percent of American children don’t qualify for military service because they are too overweight. “This is an American crisis,” Canada said. “We have allowed our kids to become vessels for commerce . . . and no one’s doing anything about it.” 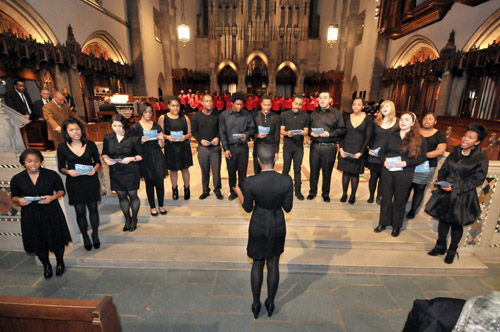 Members of Soul Umoja lead the audience in singing Lift Every Voice and Sing. Photo by Bruce Powell

Canada decided to found the Harlem Children’s Zone to bypass an “education system [that] is the social-service equivalent of Katrina. Remember all those people on those rooftops, saying come help me? Nobody showed up. No one’s coming.”

By starting the Harlem Children’s Zone, Canada made a pledge to rescue whatever children he could by providing them with better schools. “I didn’t ask anyone’s permission. We didn’t have the money, I didn’t know where the money was coming from—faith. You do the right thing, even if you don’t have all the answers.” 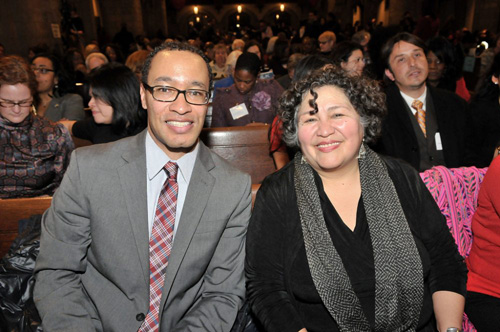 For more than 20 years, Canada has continued to fight the odds and the negative statistics of failed schools, high incarceration rates and poor health care that threaten the children of Harlem.

“This country says you should live up to your own potential, but you can’t do that without a great education. 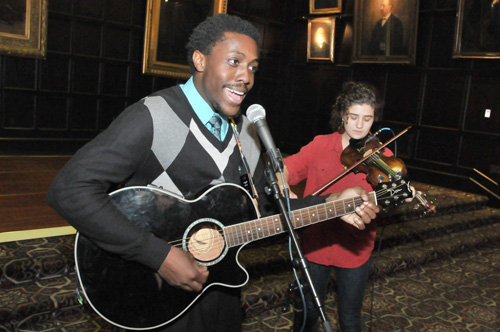 “Martin Luther King understood that without an education you can’t compete and you cannot be free.”