Microsoft Survey Highlights Cloud Movement Across the US

*Microsoft today named some of the country’s top “cloud-friendly” U.S. cities. The rankings are based on the results of an extensive survey in which 2,000 IT decision makers nationwide discussed how they are adopting and using cloud computing.*

REDMOND, Wash. – Jan. 12, 2011 – The forecast for cloud computing across key U.S. cities calls for new lines of business, more need for IT services, and potential job growth, according to a new survey released today by Microsoft.

Microsoft released the results of the study this week after interviewing more than 2,000 IT decision-makers in 10 U.S. cities.

The cities are ranked based on how local businesses are adopting and using cloud computing solutions – including hiring vendors to migrate to the cloud, seeking IT professionals with cloud computing experience, and creating new lines of business based on cloud platforms. The survey indicates that cloud computing is not only a growing sector of the IT services community, but helping to create new businesses and jobs locally. 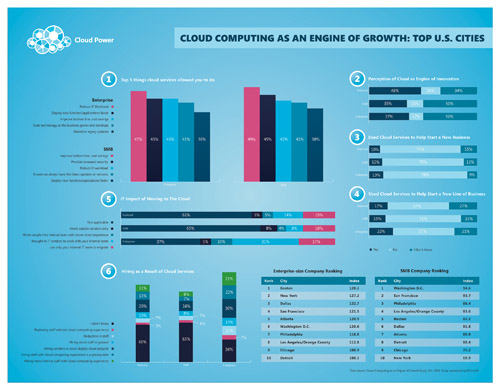 Microsoft interviewed more than 2,000 IT decision-makers in 10 U.S. cities. The survey indicates that cloud computing is helping to create new businesses and jobs in each city. Image credit: Microsoft

“I think the study is incredibly interesting, and it shows business and IT growth is a key output of the cloud,” said Scott Woodgate, a director in Microsoft’s corporate account segment, which serves mid-market businesses. “For IT professionals, it’s clear that becoming skilled in the cloud is an important call to action. For businesses, the cloud really empowers growth. Because of the nature of the cloud, you can take more risks and innovate at a much lower cost.”

The survey, funded by Microsoft, was conducted online and targeted IT decision makers from various industries in 10 U.S. cities. Microsoft ranked the cities according to their “cloud-friendliness” based on a number of results, including opinions and attitudes about cloud computing. 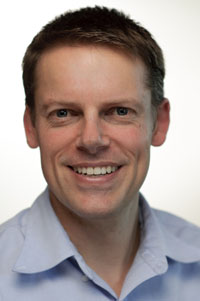 The study shows that one of two things is happening in business – either companies are turning to outside experts to understand and implement the cloud, or they’re looking within their existing IT departments for help, Woodgate said.

“For example, almost two-thirds of enterprise IT decision makers have hired or are planning on hiring vendors to help understand and deploy the cloud,” Woodgate said. “And 21 percent of IT decision makers are looking to hire new staff with cloud experience.”

RDA Corporation in Baltimore is one of the many cloud consultants investing heavily in the technology – and it’s paying off.

CEO Tom Cole said his company, which does IT consulting, planning, strategy and integration, spent all of last year introducing the concept of cloud computing to its customers.

In just one year there has been a surge in interest in the cloud, he said. Last year his company decided to invest in the cloud and started talking to customers about it in a major way, and now companies are approaching RDA on their own asking for help moving to the cloud.

“Adoption is a two-pronged effort,” Cole said. “No. 1, understand what the technology is and its viability in the marketplace and, once you determine it is in fact viable, ensure that you’ve invested in the people and tools to learn the technology and be able to apply it. Secondly, you’ve got to invest in a field sales team and customers to be able to understand who the early adopters are, how they can take advantage of the cloud, and what the market will bear.” 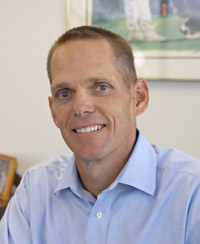 “It works for small business adopters because they have limited IT staff but have similar desires to large-businesses in terms of productivity, running the business and satisfying customers,” he said. “For big businesses, there is an opportunity to innovate at a lower cost with multiple options rather than having to sink all of their chips into a single, big capital cost option.”

Some businesses still believe that cloud computing will mean job losses, based on new efficiencies gained by moving some IT services to the cloud. This belief, coupled with a shaky economy that wasn’t allowing for new IT projects, led to some reticence for businesses to adopt cloud computing more eagerly. However, the Microsoft survey shows that tide is turning.

The survey also showed that businesses still believe some misnomers about cloud computing – such as that it’s just a trend or a fad.

“People often compare cloud computing to outsourcing. I don’t think it compares well,” Woodgate said. “The skill set of IT workers is changing, and there is plenty of opportunity for IT directly in the context of the cloud. Also, the value proposition of IT is changing. They currently spend a lot of time keeping the lights on. I think with the cloud, they’ll be able to spend less time on that and more time on moving the overall business forward.”

“It does not drive people out of work. If anything, it creates business opportunities to add different value and lowers the cost of optimizing your infrastructure,” Cole said. “The planning, deployment, migration and support opportunities in the area of new venture startup are a tremendous way – at a low risk – to start something new, which means new jobs.”

Whenever there is a seismic shift in an industry, like cloud computing is for the IT industry, the changes may mean job shifting, Woodgate said. But in the long term, it will mean more jobs and higher-value IT jobs – such as creating new services for end users.

“With these changes, it takes time to get people’s skills up, it takes time to understand the cloud and evaluate how it can help you, execute your first project and then build on that success” Woodgate said. “Certainly the infrastructure for cloud computing exists today, so it’s great to see this level of interest. Microsoft began our journey to the cloud more than 10 years ago and we have some very strong offerings across productivity, management and software as a service.”

IT decision makers in financial services, manufacturing, professional services, and retail and hospitality see cloud computing as an opportunity to grow their business, drive innovation and strategy, and efficiently collaborate across geographies, according to Microsoft’s new could computing survey.

Among IT decision makers surveyed: