New subsidiary will focus on open innovation and collaboration with open source and open standards communities in China.

MS Open Tech Shanghai will have a robust team of engineers, standards professionals and technical evangelists with roots in open source and open standards. The Chinese subsidiary will focus on facilitating interactions between Microsoft proprietary development processes and the company’s open innovation efforts on services and devices by advancing the investments in interoperability, open standards and open source. 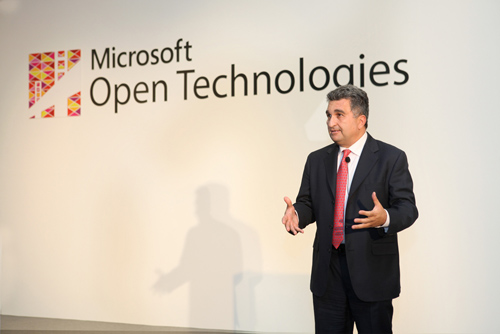 As interest in cloud computing and open source technologies increases in China, Microsoft is focused on providing local customers with greater choice and opportunity to work successfully in heterogeneous IT environments. Through its operations in Shanghai, MS Open Tech will play a pivotal role by driving investments in interoperability and standards in Microsoft products, contributing to the open source community, and enabling open source software on Microsoft platforms, such as Windows Azure.

Jean Paoli, president of MS Open Tech, said, “We are committed to fostering Chinese innovation. Our new subsidiary will offer more flexibility to iterate and release open source software created in China, participate in existing open source and open standards efforts, and collaborate with the community of open source developers in China.”

Mr. Zhao Zhuping, Governor of the Minhang District of Shanghai, extended his congratulations to MS Open Tech Shanghai and said, “The development of open source software and the open source community requires long-term commitment. We are delighted to see the investments and efforts that Microsoft has made to advance the local open source ecosystem, which will enhance interactions between the local and global open source communities and help cultivate local talents.”

Qiu Shanqin, chairman of China Open Source Software Promotion Union (COPU), said, “MS Open Tech China will enhance the collaboration between Microsoft and China technology companies in the area of open technologies. It will elevate technology innovation, promote the development of software industry in China and become a driver of economic development. MS Open Tech will also help attract more talent, which is the foundation of any community. I hope MS Open Tech will participate in and become an active member of the open source community in China and cultivate the Chinese open source community into a leading community in the world.” 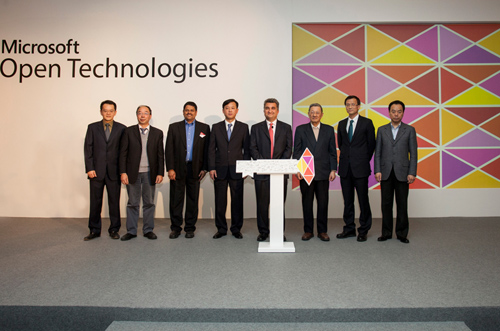 Ya-Qin Zhang, corporate vice president, Microsoft China, said, “China is a strategic market for Microsoft. Over the past few years, Microsoft has significantly expanded the scope of R&D in China to not only help build global products but also help address the needs of China customers, partners and government. The establishment of Microsoft Open Technologies Shanghai is another key milestone in this journey, providing more choices for customers and developers, and more technology innovation for businesses, governments, and consumers, in particular in the era of cloud, big data, mobility and social.”

MS Open Tech plays an active role among standards-setting organizations, including initiatives for interoperable cloud services and the future of the open Web. In many cases, the subsidiary submits open source prototypes to test a potential standard’s use and interoperability.

Microsoft Open Technologies Inc. (MS Open Tech), is a wholly owned subsidiary of Microsoft Corp. dedicated to advancing the company’s investment in openness including interoperability, open standards and open source. MS Open Tech is focused on providing our customers with even greater choice and opportunity to bridge Microsoft and non-Microsoft technologies together in heterogeneous environments, because we’re convinced that openness is good for our customers, good for the community and good for our business. For additional information on MS Open Tech, visit www.msopentech.com.

[1] Gartner does not endorse any vendor, product or service depicted in its research publications, and does not advise technology users to select only those vendors with the highest ratings. Gartner research publications consist of the opinions of Gartner’s research organization and should not be construed as statements of fact. Gartner disclaims all warranties, expressed or implied, with respect to this research, including any warranties of merchantability or fitness for a particular purpose.