Samantha Doerr, a communications manager in Microsoft’s Digital Crimes Unit, said the company is looking forward to working with the task force. “Given our history in combating child exploitation with PhotoDNA, Child Exploitation Tracking System (CETS), National Center for Missing and Exploited Children (NCMEC) and more, we view this partnership as another valuable opportunity to help raise awareness of this issue,” she said.

Late last year, Microsoft donated its PhotoDNA technology to NCMEC to help find and remove some of the worst known images of child sexual exploitation from the Internet. The technology was created by Microsoft Research, and helps calculate the distinct characteristics of a digital image to match it to other copies of that same image. 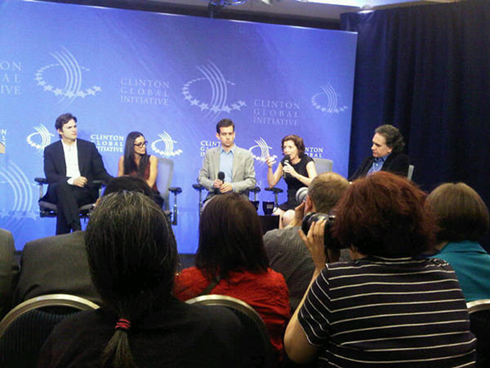 Microsoft, Canadian police, and international law enforcement officers also developed the Child Exploitation Tracking System (CETS), a unique software tool that helps law enforcement officials collaborate and share information with other police services. CETS was created to increase the effectiveness of investigators and teams by providing them with software to store, search, share and analyze large volumes of evidence and match cases across police agencies.

Doerr said Moore and Kutcher’s DNA Foundation task force is likely to call upon these Microsoft technologies as it grows into its goal of reducing child exploitation.

The task force has had several initial meetings already, including one meeting hosted by Microsoft at its Silicon Valley office, Doerr said. The invite list included a substantial group of top tech companies, “almost all of whom are competing against each other in various forums.” Given that, and the number of participants, Doerr said she wasn’t sure what success the task force would see.

“I’ve been pleasantly surprised at this experience, and the savvy, participation, and smart, engaged questions from Demi and Ashton,” Doerr said. “This is something they’re really serious about.”

At the Clinton Global Initiative meeting, Moore and Kutcher also announced a new “Real Men” ad campaign in which male celebrities will bring attention to the issue of child trafficking and exploitation. For today’s announcements, Moore and Kutcher were joined on stage by Pamela Passman, Microsoft’s corporate vice president of Global Corporate Affairs, and other key participants.

“Because of the nature of the problem, the victims themselves are often faceless. It hasn’t really been talked about widely because frankly, it makes people uncomfortable,” Doerr said. “For Microsoft, it was natural to want to talk about the work we’ve already been doing in related areas. It’s great to see them doing this, and having the opportunity to apply what Microsoft has learned in related efforts to stop complex child trafficking problems.”

Doerr said the task force is still in its early days, but the group will continue meeting and is committed to finding ways to confront the exploitation of children online. 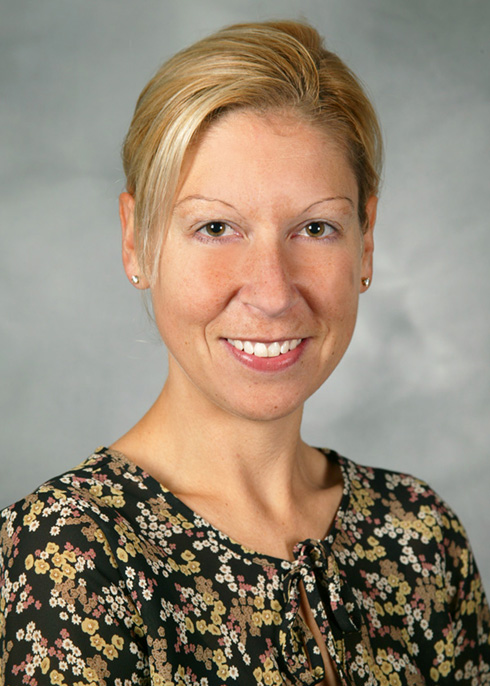 The Clinton Global Initiative (CGI) was founded in 2005 as a non-partisan initiative of the William J. Clinton Foundation. The CGI aims to address major global problems, ranging from education issues to the environment, by “moving beyond discussion” and fostering shared responsibility.

The CGI annual meeting in New York City attracts a wide cross-section of who’s who attendees, including presidents, former heads of state, CEOs, leaders of nonprofits, celebrities, academics and more.

CGI has involved Microsoft Chairman Bill Gates and the Bill and Melinda Gates Foundation as well as Microsoft. Microsoft is a sponsor of the event in addition to participating in forums that align with the company’s key community outreach areas including education and environmental sustainability.

“For us, it was a natural fit to become not only a sponsor but an active participant in making commitments,” said Alison Thompson, marketing communications director for Microsoft Citizenship. “It’s been an incredible opportunity to collaborate with public, private and non-profit organizations on any number of societal issues and see how we can work together to solve them.”

Microsoft is a key stakeholder in Global Give Back Circle (GGBC), a program spotlighted at last year’s CGI meeting, Thompson said. The program helps disadvantaged girls in Kenya further their education and receive job skills so they can improve their lives and give back to their communities. Microsoft collaborated with GGBC to install computer labs in Kenya and to support IT skills training for the girls. Some of the women working for Microsoft West, East and Central Africa (WECA) also serve as mentors.

“They’re an amazing group of girls, and it’s very humbling to sit down and learn someone’s story, where they’ve come from, and how their drive and desire is leading them to do something great with their lives,” said Thompson, who met some of the girls in the program at last year’s meeting.

“I’m very proud, and very moved to see how our citizenship efforts and partnerships are really making a difference,” Thompson said.