Microsoft Employees Give Back in Record Fashion

*Microsoft’s U.S.-based employees helped raise over US$100 million for thousands of nonprofits during the 2011 Microsoft Giving Campaign, the largest total in company history.*

REDMOND, Wash. – Microsoft employees raised a record-breaking US$100.5 million in 2011, topping last year’s total with donations to more than 18,000 community organizations across the United States and around the world.

Giving was up across the board in 2011—more employees participated, donating more time and money than ever before, which surprised some after 2010’s record year.

“This is amazing and a real testament to the commitment our employees have in their respective communities,” says Chief People Officer Lisa Brummel. “One hundred million dollars is an extraordinary amount to gift in this world, and I am proud not only of the amount but of the breadth of causes this money will support. I am excited that ‘giving’ remains a foundational component of the Microsoft culture.”

The record year is extra special because of how lingering economic uncertainties could possibly have lowered participation and results, says Akhtar Badshah, Microsoft’s senior director of Community Affairs. 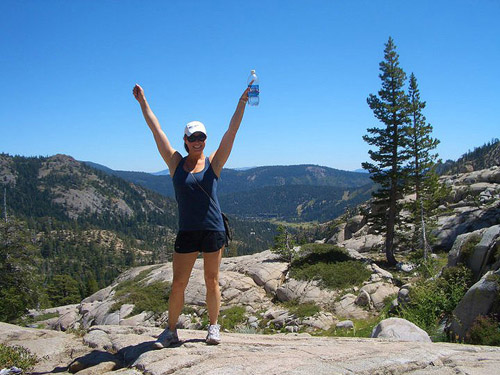 For the past 115 weeks, Crissy House has challenged herself to try a different volunteer activity each week. She also runs 5K and 10K marathons to help raise money for groups such as the Arthritis Foundation and the Leukemia. Image credit: Microsoft

“Employees amaze us every year,” he says. “In the current economic environment to consistently have record-breaking fundraising after achieving a large jump last year – we believe that it shows this company and its employees continue to care about making sure their communities are thriving.”

Employees and Microsoft with its matching program gave $4.5 million more than in 2010, when the previous record was set. In addition, employees donated 426,671 hours of their time to community organizations – a 20 percent increase over 2010. Overall, more than 64 percent of the company’s employees – about 35,500 – got involved in the Giving Campaign during the year.

Badshah says that employees should be proud of crossing the $100 million milestone, which speaks volumes about the company and the people who work there.

Joe Michaels is one employee who agrees.

“To be honest, that number means more to me than any other statistic Microsoft releases,” says Michaels, a senior director of business development in the Online Services Division. “I think that says more about who we are as a company than any earnings figure or any ranking in a Best Places to Work list.” 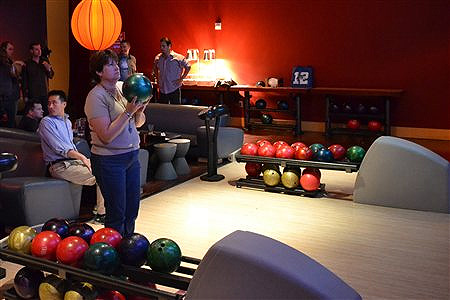 Michaels has been involved with the Giving Campaign for years, helping emcee various events. One Seattle-based charity he helps raise money for is Art with Heart, which aims to help high-risk youth through therapeutic books and programs that promote mental health and well-being.

He heard about the organization seven years ago during a chance encounter with the founder. Art with Heart’s mission instantly resonated with him. “I thought it was such a unique approach to helping kids,” Michaels says. “You hear a lot about raising money, or donating food or clothing. But this was touching: the idea that kids have a lot of powerful toxic feelings trapped inside them, and art has a special way of soothing troubled people.”

Today Michaels sees firsthand Art with Heart’s impact on young kids dealing with disease and grief. Most recently, he met a teenage girl from Africa whose family had fled horrific violence. Before the Art with Heart program, she was terrorized by memories and couldn’t fit in at school. “Now, she’s come out of her shell and is a confident and articulate young woman,” he says. “Hearing her recount her story was extremely moving.”

While the Microsoft Giving Campaign takes place every October, employee contributions of time and money are matched year round. Crissy House, a senior product marketing manager for SQL Server, appreciates that. For the past 115 weeks, House has challenged herself to try something new each week. Her very first activity was volunteering for Habitat for Humanity, and her weekly to-do list has included volunteering at a DigiGirlz event, becoming a Big Sister, and joining the MS Walk.

She now also runs 5K and 10K marathons to help raise money for groups such as the Arthritis Foundation and the Leukemia & Lymphoma Society.

“I would be doing these things on my own regardless, but knowing that the company is so generous to match my time and money makes it that much more impactful,” she says. “Microsoft’s an awesome company to work for. I get to continually do new things, and with the generosity of the company I help raise money for wonderful organizations.”