Board of directors initiates succession process; Ballmer remains CEO until successor is named.

REDMOND, Wash. — Aug. 23, 2013 — Microsoft Corp. today announced that Chief Executive Officer Steve Ballmer has decided to retire as CEO within the next 12 months, upon the completion of a process to choose his successor. In the meantime, Ballmer will continue as CEO and will lead Microsoft through the next steps of its transformation to a devices and services company that empowers people for the activities they value most.

“There is never a perfect time for this type of transition, but now is the right time,” Ballmer said. “We have embarked on a new strategy with a new organization and we have an amazing Senior Leadership Team. My original thoughts on timing would have had my retirement happen in the middle of our company’s transformation to a devices and services company. We need a CEO who will be here longer term for this new direction.” 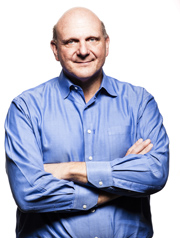 “The board is committed to the effective transformation of Microsoft to a successful devices and services company,” Thompson said. “As this work continues, we are focused on selecting a new CEO to work with the company’s senior leadership team to chart the company’s course and execute on it in a highly competitive industry.”

“As a member of the succession planning committee, I’ll work closely with the other members of the board to identify a great new CEO,” said Gates. “We’re fortunate to have Steve in his role until the new CEO assumes these duties.”