Patient 1 had two years of progressive memory loss. She was considering quitting her job, which involved analyzing data and writing reports, she got disoriented driving, and she mixed up the names of her pets.

Patient 2 kept forgetting once-familiar faces at work, forgot his gym locker combination and had to have his assistants constantly remind him of his work schedule.

Patient 3’s memory was so bad that she used an iPad to record everything, then forgot her password. Her children noticed she commonly lost her train of thought in mid-sentence, and often asked them if they had carried out the tasks that she mistakenly thought she had asked them to do.

Since it was first described over 100 years ago, Alzheimer’s disease has been without an effective treatment.

That may finally be about to change: In the first, small study of a novel, personalized and comprehensive program to reverse memory loss, nine of 10 participants, including those described above, displayed subjective or objective improvement in their memories beginning within three to six months. 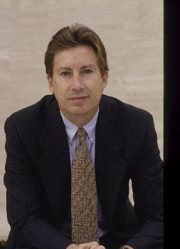 Six patients had discontinued working or had been struggling at their jobs at the time they joined the study; all were able to return to their jobs or continue working with improved performance, and their improvements have been sustained. (The patient in treatment the longest has been receiving the therapy for two-and-a-half years.)

The study was conducted Dr. Dale Bredesen of the UCLA Mary S. Easton Center for Alzheimer’s Disease Research and the Buck Institute for Research on Aging. It is the first to suggest that memory loss in patients may be reversed — and improvement sustained — using a complex, 36-point therapeutic program that involves comprehensive diet changes, brain stimulation, exercise, sleep optimization, specific pharmaceuticals and vitamins, and multiple additional steps that affect brain chemistry.

The findings are published in the current online edition of the journal Aging.

Bredesen, UCLA’s Augustus Rose Professor of Neurology, director of the Easton Center and the paper’s author, said the findings are “very encouraging,” but he added that the results are anecdotal, and a more extensive, controlled clinical trial is needed.

No single drug has been found to stop or even slow the progression of Alzheimer’s, and drugs have only had modest effects on symptoms. “In the past decade alone, hundreds of clinical trials have been conducted for Alzheimer’s, without success, at an aggregate cost of over $1 billion,” said Bredesen, who also is a professor at the Buck Institute.

Although other chronic illnesses such as cardiovascular disease, cancer and HIV have been improved through the use of combination therapies, comprehensive combination therapies have not been explored for Alzheimer’s and other memory disorders. However, over the past few decades, genetic and biochemical research has revealed an extensive network of molecular interactions involved in the development of Alzheimer’s.

“That suggested that a broader-based therapeutic approach, rather than a single drug that aims at a single target, may be feasible and potentially more effective for the treatment of cognitive decline due to Alzheimer’s,” Bredesen said.

While extensive preclinical studies in numerous other laboratories have identified single pathogenic targets for potential intervention, in human studies, such single target therapeutic approaches have not borne out. But, said Bredesen, it’s possible that addressing multiple targets within the network underlying Alzheimer’s may be successful even when each target is affected in a relatively modest way. “In other words,” he said, “the effects of the various targets may be additive, or even synergistic.”

The uniform failure of drug trials in Alzheimer’s influenced Bredesen’s desire to better understand the fundamental nature of the disease. His laboratory has found evidence that Alzheimer’s stems from an imbalance in nerve cell signaling. In the normal brain, specific signals foster nerve connections and memory making, while balancing signals support memory loss, allowing irrelevant information to be forgotten. But in people with Alzheimer’s, the balance of these opposing signals is disturbed, nerve connections are suppressed and memories are lost.

That finding is contrary to the popular belief that Alzheimer’s is caused by the accumulation of sticky plaques in the brain. Bredesen believes the amyloid beta peptide, the source of the plaques, has a normal function in the brain, as part of a larger set of molecules that promote signals that cause nerve connections to lapse. Thus, the increase in the peptide that occurs in Alzheimer’s shifts the balance in favor of memory loss.

Bredesen therefore thought that, rather than a single targeted agent, the solution might be a multiple-component system approach, in line with the approach for other chronic illnesses.

“The existing Alzheimer’s drugs affect a single target, but Alzheimer’s disease is more complex. Imagine having a roof with 36 holes in it, and your drug patched one hole very well,” he said. “The drug may have worked, and a single hole may have been fixed, but you still have 35 other leaks, and so the underlying process may not be affected much.”

Bredesen’s approach is personalized to the patient, based on extensive testing to determine what is affecting the brain’s plasticity signaling network. In the case of the patient with the demanding job who was forgetting her way home, her therapy consisted of some, but not all, of the components of Bredesen’s program, including:

Bredesen said the program’s downsides are its complexity and that the burden falls on patients and caregivers to follow it. In the study, none of the patients was able to stick to the entire protocol. Their most common complaints were the diet and lifestyle changes, and having to take multiple pills each day.

The results suggest that memory loss may be reversed and improvement sustained with the therapeutic program, but Bredesen cautioned that the results need to be replicated.

“The current, anecdotal results require a larger trial, not only to confirm or refute the results reported here, but also to address key questions raised, such as the degree of improvement that can be achieved routinely, how late in the course of cognitive decline reversal can be effected, whether such an approach may be effective in patients with familial Alzheimer’s disease, and last, how long improvement can be sustained,” he said.

Cognitive decline is a major concern of the aging population. Alzheimer’s affects approximately 5.4 million Americans and 30 million people globally. By 2050, without effective prevention and treatment, an estimated 160 million people globally would have the disease, including 13 million Americans, which could potentially bankrupt the Medicare system. Unlike several other chronic illnesses, the incidence of Alzheimer’s is on the rise; recent estimates suggest that it has become the third leading cause of death in the U.S. behind cardiovascular disease and cancer.

Multiple entities provided support for the study, including the National Institutes of Health (AG16570, AG034427 and AG036975). The complete list is included in the paper.