Social media has revolutionized the way in which people and businesses interact, and it is taking on a growing role in the health care industry. A new UCLA study looking at the use of social media among plastic surgeons found that roughly half of these specialists use social media tools.

Plastic surgeons have been leaders among medical specialists in the development of interactive websites to promote their practices and educate patients, said the study’s principal investigator and senior author, Dr. Reza Jarrahy, an associate clinical professor of plastic and reconstructive surgery at Ronald Reagan UCLA Medical Center. But until now, there there had been surprisingly little information on whether and how they are using social media.

In the study, published in the May issue of Plastic and Reconstructive Surgery, the official medical journal of the American Society of Plastic Surgeons (ASPS), approximately 50 percent of plastic surgeons polled said they use Facebook, Twitter and other social media platforms to help market their professional practice. 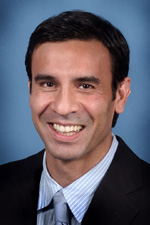 “Social media platforms represent a dynamic and powerful tool to educate, engage, market to and directly communicate with patients and professional colleagues,” said Jarrahy, who is a member of ASPS and vice president of communications for the American Society of Maxillofacial Surgeons. “However, for plastic surgeons, the potential benefits associated with using this tool must be balanced against its potential pitfalls.”

The researchers sent an anonymous survey to more than 5,000 ASPS member surgeons. Responses from 500 of them provided information on their use of social media in their plastic surgery practice, their reasons for using it and the perceived benefits and risks.

Just more than half said they regularly use social media for their professional practice. Facebook was by far the most popular platform, followed by LinkedIn, Twitter and YouTube. The poll also showed that surgeons who primarily perform cosmetic plastic surgery and who are in private practice were more likely to use social media.

When asked their reasons for using these tools, most responded that incorporating social media into medical practice was inevitable. About half said that social media was an effective marketing tool and a useful forum for patient education.

About one-third of plastic surgeons saw positive effects from using social media, saying they felt it provided an effective, low-cost means of advertising and increased the exposure of their practice. Roughly half believed that engaging in social media led to increased patient referrals and positive feedback.

A small proportion of plastic surgeons (1.5 percent) reported that using social media had a negative effect on their practice. Yet while some surgeons had received criticism or negative commentary from patients via social media, most thought these criticisms had not harmed their practice.

Those plastic surgeons who didn’t use social media cited a number of reasons why, including a desire to maintain a sense of professionalism, protecting patient confidentiality and concerns about becoming too accessible.

Approximately one-fourth of respondents felt that ASPS and other governing bodies should provide some oversight and monitoring of plastic surgeons’ use of social medial to ensure ethical online behavior.

The new study shows that many plastic surgeons have joined the social media revolution and believe it has benefited their practice in various ways. However, they also perceive a need for standards of practice and oversight to ensure appropriate and ethical use.

“Because of our current level of engagement with existing online content, plastic surgeons are uniquely poised to become leaders in developing the future of social media architecture to the maximum benefit of practitioners and patients alike,” Jarrahy said.

The study was funded in part by the Annenberg Fund for Craniofacial Surgery and Research at UCLA.

The authors have no financial ties to disclose. Jarrahy participates in oversight of the ASMS website and social media development.

For more information on the American Society of Plastic Surgeons, visit at www.plasticsurgery.org.

For more information on the division of plastic and reconstructive surgery at Ronald Reagan UCLA Medical Center, visit www.plasticsurgery.ucla.edu.