Ultra-high definition 4K movie or 40,000 songs from the Cloud could be downloaded in a few seconds

SAN FRANCISCO – 13 Feb 2014: IBM today announced that it has achieved a new technological advancement that will helpimprove Internet speeds to 200 – 400 Gigabits per second (Gb/s) at extremely low power.

The speed boost is based on a device that can be used to improve transferring Big Data between clouds and data centers four times faster than current technology. At this speed 160 Gigabytes, the equivalent of a two-hour, 4K ultra-high definition movie or 40,000 songs, could be downloaded in only a few seconds. The device was presented at the International Solid-State Circuits Conference (ISSCC) in San Francisco. 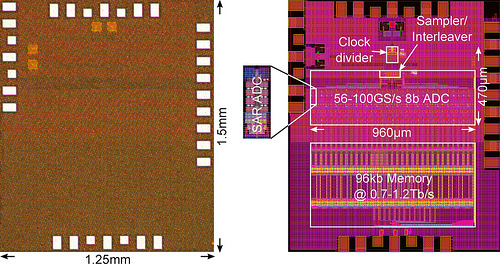 While this latest technology is only a lab prototype, a previous version of the design has been licensed to Semtech Corp. (Nasdaq: SMTC), a leading supplier of analog and mixed-signal semiconductors. The company is using the technology to develop advanced communications platforms expected to be announced later this year.

As Big Data and Internet traffic continues to grow exponentially, future networking standards have to support higher data rates. For example, in 1992, 100 Gigabyte of data was transferred per day, whereas today, traffic has grown to two Exabytes per day, a 20 million fold increase. 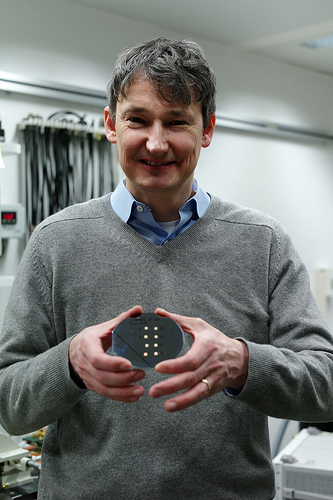 An ADC converts analog signals to digital, approximating the right combination of zeros and ones to digitally represent the data so it can be stored on computers and analyzed for patterns and predictive outcomes.

For example, scientists will use hundreds of thousands of ADCs to convert the analog radio signals that originate from the Big Bang 13 billion years ago to digital. It’s part of a collaboration called Dome between ASTRON, the Netherlands Institute for Radio Astronomy, DOME-South Africa and IBM to develop a fundamental IT roadmap for the Square Kilometer Array (SKA), an international project to build the world’s largest and most sensitive radio telescope. 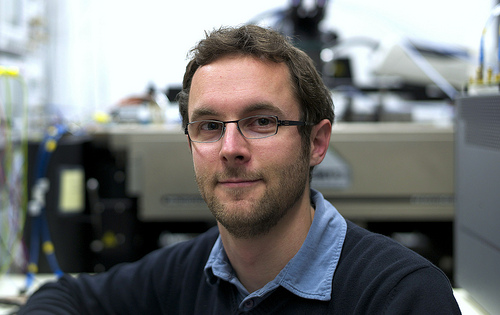 The radio data that the SKA collects from deep space is expected to produce 10 times the global internet traffic and the prototype ADC would be an ideal candidate to transport the signals fast and at very low power — a critical requirement considering the thousands of antennas which will be spread over 3,000 kilometers (1,900 miles).

“Our ADC supports IEEE standards for data communication and brings together speed and energy efficiency at 32 nanometers enabling us to start tackling the largest Big Data applications,” said Dr. Martin Schmatz, Systems department manager at IBM Research. “With Semtech as our partner, we are bringing our previous generation of the ADC to market less than 12 months since it was first developed and tested.” 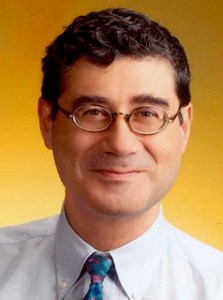 Semtech signed a non-exclusive technology licensing agreement, including access to patented designs and technological know-how, with IBM to develop the technology for its own family of products ranging from optical and wireline communications to advanced radar systems.

“Through leveraging the IBM 32nm SOI process with its unique feature set, we are developing products that are well-suited for meeting the challenge presented by the next step in high performance  communications systems such as 400 Gb/s Optical systems and Advanced Radar systems. We are also seeing an expanding range of applications in the existing radio frequency communications marketplace where high-speed digital logic is replacing functions that have been traditionally performed by less flexible analog circuitry,” said Craig Hornbuckle, Chief Systems Architect, Semtech.

The 64 GS/s (giga-samples per second) chips for Semtech will be manufactured at IBM’s 300mm fab in East Fishkill, New York in a 32 nanometer silicon-on-insulator CMOS process and has an area of 5 mm2. This core includes a wide tuning millimeter wave synthesizer enabling the core to tune from 42 to 68 GS/s per channel with a nominal jitter value of 45 femtoseconds root mean square. The full dual-channel 2×64 GS/s ADC core generates 128 billion analog-to-digital conversions per second, with a total power consumption of 2.1 Watts.

The technological details of the latest ADC have been published in a paper with the EPFL and was presented yesterday at the International Solid-State Circuits Conference (ISSCC).

Semtech Corporation is a leading supplier of analog and mixed-signal semiconductors for high-end consumer, computing, communications and industrial equipment. Products are designed to benefit the engineering community as well as the global community. The company is dedicated to reducing the impact it, and its products, have on the environment. Internal green programs seek to reduce waste through material and manufacturing control, use of green technology and designing for resource reduction. Publicly traded since 1967, Semtech is listed on the NASDAQ Global Select Market under the symbol SMTC. For more information, visit www.semtech.com

Semtech and the Semtech logo are registered marks of Semtech Corporation.