Woods Hole Oceanographic Institution (WHOI) scientists have found that carbon is stored in the soils and sediments of the Ganges-Brahmaputra basin for a surprisingly long time, making it likely that global warming could destabilize the pool of carbon there and in similar places on Earth, potentially increasing the rate of CO2 release into the atmosphere.

The study, published in the current online edition of Nature Geoscience, examined the radiocarbon content of river sediments collected from the Ganges-Brahmaputra system draining the Himalayas. The basin, the scientists say, “represents one of the largest sources of terrestrial biospheric carbon to the ocean.”

Using radiocarbon dating, WHOI researchers Valier Galy and Timothy Eglinton found that organic carbon resides in the basin for anywhere from 500 to 17,000 years. Downstream, in the Gangetic floodplain, the longest residence times range from 1,500 to 3,500 years. 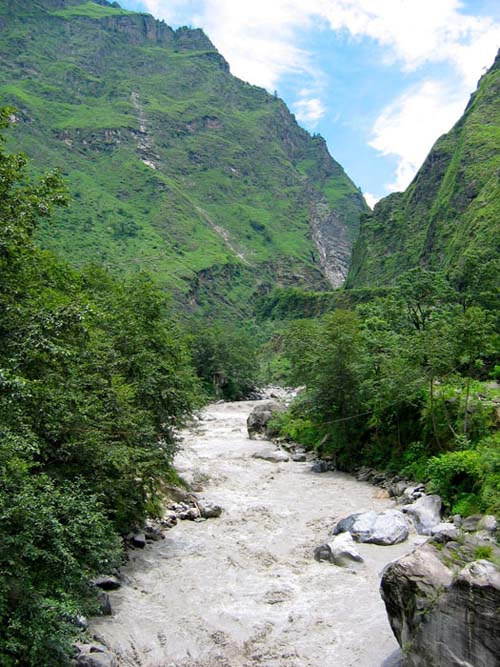 The relatively long carbon residence time in the Ganges system was a “surprise,” Galy said, primarily because of the region’s dynamically high rates of physical erosion and sediment transport.

“We thought it was likely that the organic matter there was young,” Galy said. “But what gets exported there sits in the soil for quite some time—3,000 years on average. That’s pretty old.” 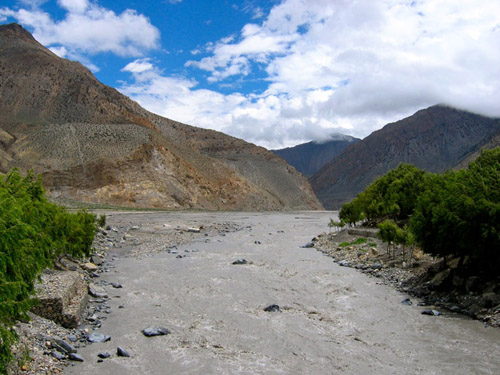 The good news is that the Ganges-Brahmaputra basin “is not contributing rapidly to CO2 in the atmosphere,” Galy said. The bad news is that makes the region more susceptible to global warming.

“If carbon has a short residence time in soils, global warming can’t speed up the rates too much of exporting carbon to the atmosphere,” he explained. But if carbon resides in the soil for thousands of years, as it does now in much of the Ganges-Brahmaputra basin, global warming can speed the transfer of carbon from soils and sediments to the atmosphere. It can do so by warming the region and stimulating microbial decomposition of organic carbon reserves there. 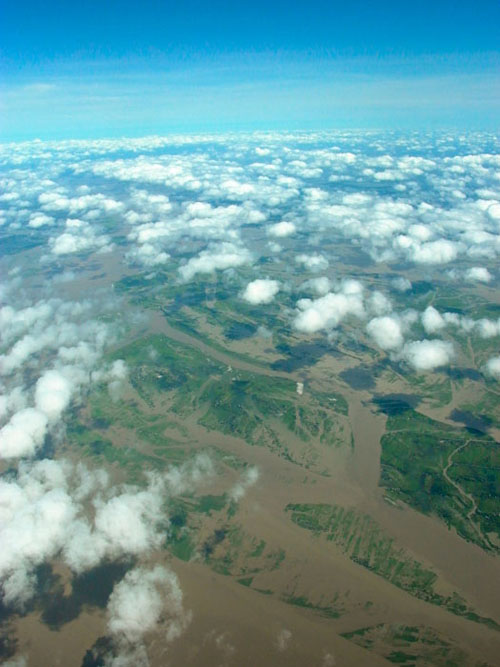 Aerial view of the Brahmaputra River in Bangladesh. Every year, during the summer monsoon floods, an enormous amount of sediments and organic matter is exported to the Indian Ocean. (Photo by Valier Galy, Woods Hole Oceanographic Institution)

Various climate projections predict a 4-degree C warming in the region by 2050, according to the last Intergovernmental Panel on Climate Change (IPCC) report. “Future environmental changes may dictate that carbon will not stay as long in the soil,” he said. “If this happens, the net source of CO2 in the atmosphere will increase.”

Galy notes that even though there have been few similar studies in other “low latitude” regions, the results of the WHOI study could portend global warming effects elsewhere in the world. “Our study shows that ancient soil carbon exists in a globally significant tropical system,” he said. “We therefore hypothesize that similar stocks of ancient carbon may exist elsewhere at low latitude. 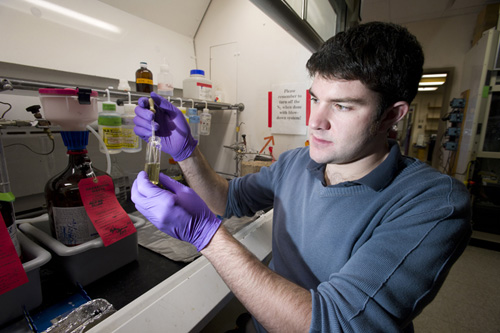 “Global warming would likely destabilize this ancient carbon, generating an extra flux of CO2 to the atmosphere, hence further warming.

“This may not be too important over the short-term—decades, for example,” he said. “But over a longer time scale—tens of thousands of years—it can be important.”

The work was funded by the National Science Foundation.