EAST LANSING, Mich. — Contrary to common perception, state and local police are often on the front lines against product counterfeiting, yet it’s unclear how prepared they are to deal with the growing crime, according to a new report from two Michigan State University criminologists.

Justin Heinonen and Jeremy Wilson found that local and/or state police were involved in nearly half of the identified product counterfeiting cases related to Michigan, which range from jewelry to car windshields to cholesterol drugs. 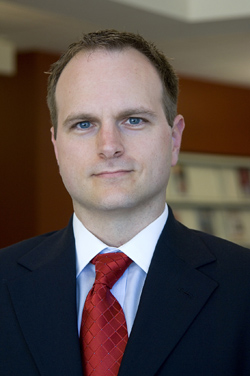 “Product counterfeiting may have links to terrorism and international organized crime, so the assumption is that only the federal authorities are handling it,” said Heinonen, assistant professor of criminal justice. “But we found that local authorities are often involved in investigating these incidents as well. They can play an important role.”

In a project funded by the U.S. Department of Justice, MSU will develop counterfeiting awareness videos and hold training sessions for state and local police in Michigan this summer.

In addition, because counterfeiting cases often cross state and even national boundaries, the report recommends promoting coordination between Michigan and other states and countries to attack the problem.

For the study, Heinonen and Wilson examined federal reports, case studies, media accounts and other sources and identified 47 cases of product counterfeiting related to Michigan dating as far back as the 1970s. Local and/or state police played a role in 21 of the incidents. The study looks at the counterfeiting of virtually all products, but excludes currency and documents.

In one case involving a Michigan-based automaker, a facility was raided after officials discovered it was producing counterfeit windshields. The windshields were exported throughout the world but did not contain shatterproof safety elements.

In another case, an unidentified man was fined $3 million after U.S. Customs and Border Protection officers in Detroit seized more than 9,000 counterfeit purses that had been shipped from China to a local business through the Port of Detroit. 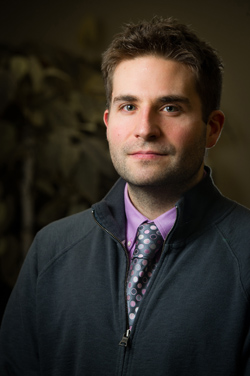 Wilson, associate professor of criminal justice, said while the number of cases identified in the report represents just a fraction of the counterfeiting cases out there, it offers a baseline of evidence for understanding the nature of the risk. Wilson directs MSU’s Anti-Counterfeiting and Product Protection Program, or A-CAPPP, which was formed several years ago after industry officials turned to Michigan State for much needed research and potential solutions to the problem.

The global market for counterfeiting has risen from about $30 billion in the 1980s to as much as $600 billion today, according to estimates. A-CAPPP researchers are developing the first national database of counterfeiting incidents that will help in better understanding the nature of the problem.

In addition to harming companies’ bottom lines and taking jobs from people, counterfeiting can be a safety concern when the products involve tainted food and medication and deficient auto parts.

Investigating counterfeiting can be a lengthy, complex process. According to the Michigan report, the average investigation lasted about 13 months and involved an average of three perpetrators. The average seizure value was almost $739,000 and included large seizures of counterfeit auto parts, Super Bowl XL apparel and purses.

Another issue raised in the report: Nearly 60 percent of suspects were not charged with an intellectual property offense. Why not? Was it due to unfamiliarity with IP laws among authorities, the inability of the law to fit the crime or perhaps challenges with building such cases? The researchers recommend further research on the issue.