Let’s Drill For Heat Instead of Oil

Geothermal heat has the potential to solve the looming global energy crisis, not only in the short term but for good. But first, we must prioritize research and development that enables access to enough geothermal heat to meet demand. The potential return on investment? Limitless and clean power for the entire world.

Energy is one of those game changers that, when solved, will offer a cascade of solutions to other equally pressing problems – such as access to fresh water, carbon emissions, even poverty. But energy cannot just be clean. It must also be abundant, ubiquitous, cheap and most importantly, in constant supply. This reliable flow of power is referred to as baseload.

As our economy and society have been framed around the idea that energy is somehow finite and subject to the ebb and flow of market forces, we continue to overlook the potential of a clean, baseload energy source that lies literally beneath our feet: geothermal. The core of the Earth is 6,000 degrees Celsius, about the temperature of the surface of the sun. If we were to effectively use this heat beneath us, we could produce many times our total global energy usage. 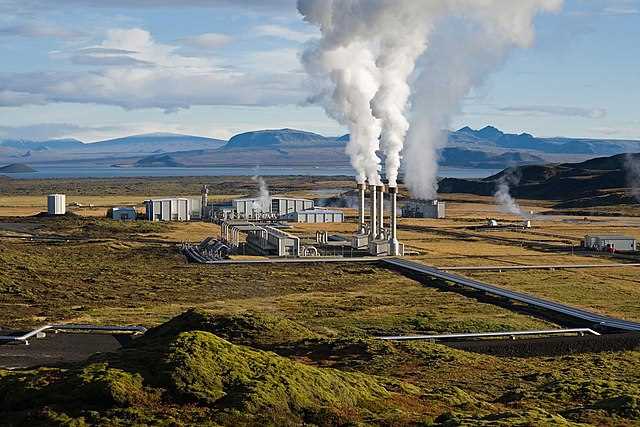 The concept of using heat emanating from the Earth’s core has been well established as a potential energy source for decades in this country, for centuries in others. Currently, however, geothermal energy development has been limited geographically to places where heat is naturally close to the surface, places like Iceland. That does not have to be the case.

If we leverage high temperature and pressure technologies that have been developed during the past century in the oil and gas industry and focus on innovation to improve upon those technologies, we could drill for geothermal energy anywhere in the world. Drilling complex, very hot and very deep wells is what the oil and gas industry does best. Existing technologies paired with new innovations aimed at driving down drilling costs can be leveraged to enable drilling for geothermal energy anywhere in the world. Geothermal baseload is doable within a decade.

How about renewables, some might ask. Aren’t they the future of energy? Renewables are an important piece of a large energy production pie, but they are intermittent.

Nuclear? It takes a decade to permit, build and operate new plants – and next generation nuclear power concepts have been slow to gain traction.

We are grasping at straws while literally standing on the solution. And importantly, there is a robust existing industry capable of pivoting quickly from drilling for fossil fuels to drilling for heat.

If you doubt the likelihood for the oil and gas industry to change course and adopt new methodologies, consider that the United States is now the top producer of oil and gas in the world. It’s a concept that would have been considered absurd a decade ago. And that shift occurred because of a quick burst of technology innovation. We can do that again.

Texas is a natural epicenter for this effort. A critical mass of intellectual capital, expertise and experience in all things drilling, from directional drilling technologies to subsurface engineering are all here, ready and waiting. What is needed is targeted investment in technology development and robust investor engagement. We need to build a culture where technology investors are actively looking for emerging geothermal startups.

We need a political culture of bipartisanship too. This is perhaps the most elegant and naturally unifying energy solution on offer, and it will need the support of policymakers on both sides of the aisle to make it happen. It will take more than Democrats and Republicans to sing “Kumbaya” though.

Environmentalists and oil and gas companies must cooperate, as well as quantum physicists and directional drillers. The faster we convene and engage around this concept and problem set, the sooner we unlock the future of clean energy. Let’s drill for heat instead of oil and solve our energy dilemma once and for all.