Karoshi is a Japanese word literally meaning „death from overwork“.

The first case of Karoshi was reported in 1969 with the death from a stroke of a 29- year old, married male worker in the shipping department of Japan’s largest newspaper company, according to the publication and it was initially called ‘occupational sudden death’. Causes for this first case were indentified as: shift work and increased work load.

Since recording it’s first Karoshi in 1969, number of similar sudden deaths rose to 18 By 1970s in Japan. 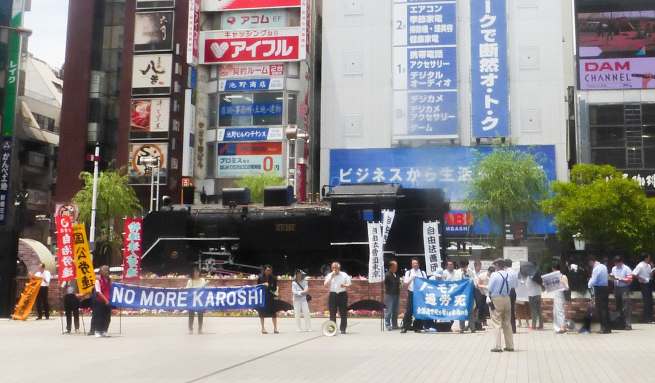 So how ‘overwork’ or ‘long working hours’ culture started in Japan?

Mizuki Kawashukuda, a Japanese student studying in Hungary pointed this phenomenon out clearly: After World War II, to overcome the shock of defeat and to catch up with and overtake the West in economic terms, long working hours were incorporated into the management system.

As said, it means Japanese people’s social and traditional cultural values and nature deeply transformed and incorporated into industrial behaviour and habits to remain superior compared to other nations, making a way for corporations to exploit it so far even to establish overwork as ‘idealistic behavior’. The research paper of Professor Nishiyama and Professor Johnson mentions a case of a pharmaceutical company making tv commercial with the song “Can you fight 24 hours for your corporation?”

World Health Organization (WHO) and the International Labour Organization (ILO) conducted a global study of deaths from long working hours and found: in 2016, 398 000 people died from stroke and 347 000 from heart disease as a result of having worked at least 55 hours a week.

Sadly no one will remember anyone of them, except close family members.

So do we work to live a better life for ourselves or we work to benefiting corporations then vanish suddenly into eternity?