“Despite the college labor market growing at about the same modest pace as last year, the feeling is different,” said report author Phil Gardner. “I do not see as much confidence among the nation’s employers going into the second half of the 2012-13 academic year.” 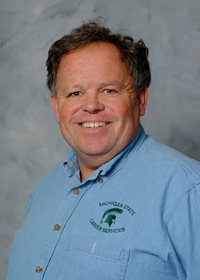 Gardner said he’s never seen politics have such an effect on employers’ plans to hire.

“The presidential election looms large over this report because it has injected uncertainty into the equation at a basic level,” he said. “Employers are wondering: What if the economy tanks again now that the election is over?”

Other factors giving employers pause: The European financial crisis and the fight in Congress over how to avoid looming tax increases and spending cuts – the so-called “fiscal cliff”

But the “most troubling aspect” of the report is that college graduates continue to have a sense of entitlement and unrealistic salary expectations.

“This year’s seniors entered college at the beginning of the recession; they should know that salaries have not gone up at all and that internships are essential to landing a permanent position,” Gardner said. “Yet employers are concerned about the preparedness of college students entering the workplace, especially their lack of work experience in professional settings and their attitudes toward the work itself.” 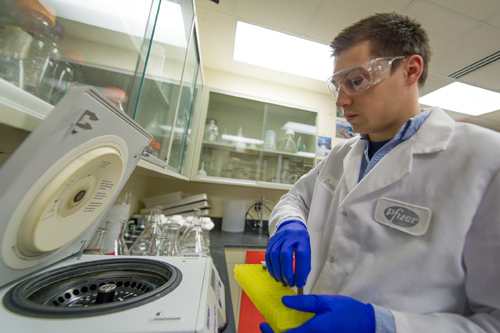 Dennis Miner, a 2010 graduate of MSU, interned for one year at Pfizer in Kalamazoo, which recruiters say is crucial to landing a good job. After searching for a job for three months, Miner is now working at a biopharmaceutical company in New York. Photo by G.L. Kohuth

Other details in the report:

For a look at a student perspective of the job market, see story and video here.