Interview with Baban Mohamed: ‘Code-switching’, a research project on Kurdish community in Austria

Baban Mohamed received his Master’s degree in English and American Studies (General/Applied Linguistics) from the University of Salzburg in Austria. He has B.A. degree in English Language and Literature from the University of Sulaimania (the Kurdistan Region of Iraq). Since 2005 Baban is living and studying in the beautiful Mozart’s City of Music, Salzburg. His research interests cover the areas of bilingual/ bicultural acquisition, child code-switching and sociolinguistics.

Q. Very recently you published research work titled: ‘Code-switching: A Case Study of Kurdish-German Pre-school Bilingual Children’ as part of European University Studies. Before going deep into your research, my first question to you: What is Bilingualism’?

Baban Mohamed: The book is a sociolinguistic research within the field of child bilingualism about the language and culture development of immigrant pre-school children, the case study of Kurdish community in Austria. The book addresses accounts of how children develop the functions and roles of different languages and how they manage to keep the language systems apart or switch from one to the other – not arbitrarily or due to a lack of competence as sometimes has been suggested but purposefully and with functions in mind. 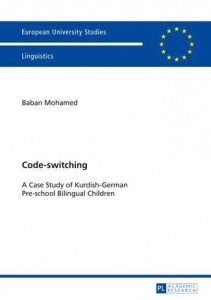 A person would be bilingual by virtue of having grown up learning and using two languages simultaneously. And this is the type of bilingualism that my research field deals with. My focus of interest is on the language behaviour of Kurdish pre-school children who were born in Austria and have learnt Kurdish in their families and German through contact with their German speaking playmates and in kindergartens.

Q. What is ‘Code-Switching’? How bilingualism influences code-switching? Are there factors other than bilingualism that influence CS?

In the book code-switching is found and studied in the natural speech of members of Kurdish immigrant children who speak the native tongue at home and use the majority language in society at large when dealing with members of groups other than their own.

Actually a number of linguistic and social aspects of bilingualism influence code-switching. A central question in the field of bilingualism concerns the interaction between the bilingual’s two language systems, including the influence that each system has on the knowledge and use of the other as well as the form and social motivation for using both languages in the same discourse.

My research addressed a number of social and psychological factors that involve and influence the occurrence of code-switching, and presented arguments for the claim that the choice of codes by bilinguals is narrowly constrained by social norms. The results of the study clearly show that code-switching can be related to the identity and characteristics of the bilingual speakers or to aspects of their social life, and that code-switching can be subconsciously used to manage conflict when different languages are associated with different roles in a community.

Q. Is there any difference between code-switching and code-mixing? 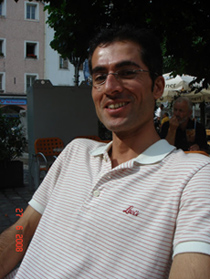 Baban Mohamed: ‘The book is a sociolinguistic research within the field of child bilingualism, a case study of Kurdish community in Austria.’

Baban Mohamed: As can be seen from the definitions of Code-switching, there is not always consensus about the description of switching. While some scholars doubt the usefulness of making a distinction between Code-switching and code-mixing, others find such a distinction controversial and important. For example the term Code-switching is used to refer to the use of various linguistic units such as words, phrases, clauses, and sentences primarily from two participating grammatical systems across sentence boundaries within a speech event. Thus code-switching, in this sense, is intersentential and is motivated by social and psychological factors. Code-mixing on the other hand may refer to the mixing of various linguistic units like morphemes, words, modifiers, phrases, clauses and sentences primarily from two participating grammatical systems within a sentence. In this sense code-mixing is intrasentential and is constrained by grammatical principles.

The total number of subjects of the study was 12 children. And the total time of tape-recording of their spontaneous speech was 525 minutes. Ultimately from the transcript of the recordings I got about 50 pages of collected code-switching data which was quite enough for the study.

Baban Mohamed: The members of the community are somehow newcomers in Austria. At the beginning of the 1990s and after the first Gulf War against Iraq, early members of the community- namely the first generation arrived or fled to Austria as asylum seekers. Thus the community had its beginnings in the middle of the 1990s. However, compared to other ethnic communities, e.g. the Turkish community, the Kurdish community in Austria is rather small. In Austria, Kurds are a minority among the immigrants. However, it is difficult to give statistics, showing the number of immigrant Kurds in Austria and in Europe in general. Since Kurds do not have an independent state and live in the four mentioned countries, statistic makes on Kurdish immigrants in Europe are included in the statistics on Iraqis, Turks, Syrians, and Iranians. As Backus (2004: 690) states ‘‘it is difficult to say how great the proportion of Kurds is among the [Turkish] immigrants, with estimates sometimes ranging up to 30 percent’’.

During my field work observations I contacted the community and the subjects in Kurdish not in German. Simply because the dominant language within the community is Kurdish and also for the children the choice of Kurdish code is a norm, though they switch very often from Kurdish to German.  As far as parents-children discourse is concerned it could be observed that the parents’ strategy was to keep speaking their home language to their children, mostly trying to reinforce Kurdish as the family language. Furthermore as a member of the community and keeping speak Kurdish to them, I had the chance to build up confidence and a certain social binding with the families and especially with their young children, who were the subjects of the study. This was important so as to make the children get accustomed to my presence, so that they did not feel uncomfortable and thus produce less output or less natural data. 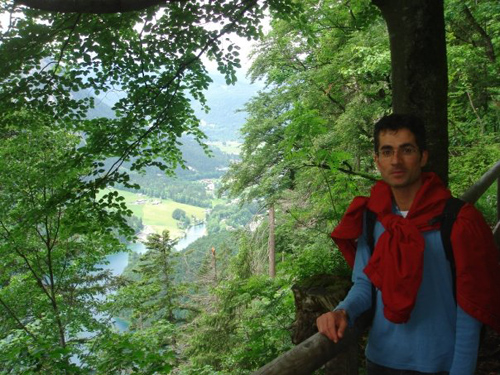 Baban Mohamed: ‘My research addressed a number of social and psychological factors that involve and influence the occurrence of code-switching, and presented arguments for the claim that the choice of codes by bilinguals is narrowly constrained by social norms.’

Q. How can I get a copy of your book? (Please write who is the publisher and how can someone buy the book or is it available in Uni bibliothek)

Baban Mohamed: The book has been published by Peter Lang – International Academic Publishers. Peter Lang is an international academic publisher with its head office in Bern, Switzerland.  It publishes predominantly in English, though also in German, French and occasionally other languages. Books are distributed directly from Switzerland and are not usually available in bookshops. Primary markets are university libraries of Europe and North America. The book can be ordered online, regardless of whether you want the print or the electronic format. The book can also be odered as EPUB and ePDF, for example on the official website of Peterlang Publishers:

Q. What is your next research project?

Baban Mohamed: The book is a modified version of my Master thesis.  But for my next research project within a PhD dissertation I want to do a similar research, primarily a sociolinguistic study on Kurdish-English code-switching data produced by Kurdish pre-school bilingual children in the United Kingdom, then to compare the results of both Kurdish-English and Kurdish-German code-switching data. The focus would be on the bilingual development and bicultural behaviour of Kurdish immigrant children in Europe.