COLUMBIA, Mo. – Humans have a distinctive hand anatomy that allows them to make and use tools. Apes and other nonhuman primates do not have these distinctive anatomical features in their hands, and the point in time at which these features first appeared in human evolution is unknown. Now, a University of Missouri researcher and her international team of colleagues have found a new hand bone from a human ancestor who roamed the earth in East Africa approximately 1.42 million years ago. They suspect the bone belonged to the early human species, Homo erectus. The discovery of this bone is the earliest evidence of a modern human-like hand, indicating that this anatomical feature existed more than half a million years earlier than previously known. 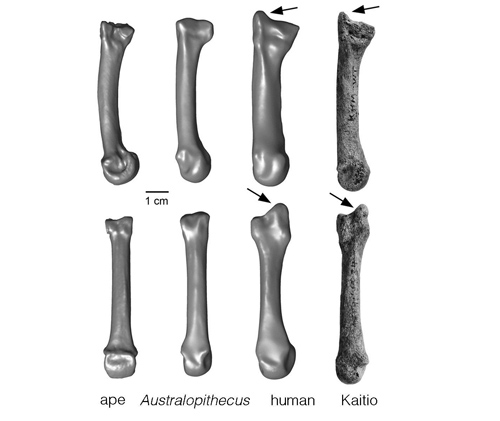 “This bone is the third metacarpal in the hand, which connects to the middle finger. It was discovered at the ‘Kaitio’ site in West Turkana, Kenya,” said Carol Ward, professor of pathology and anatomical sciences at MU. The discovery was made by a West Turkana Paleo Project team, led by Ward’s colleague and co-author Fredrick Manthi of the National Museums of Kenya. “What makes this bone so distinct is that the presence of a styloid process, or projection of bone, at the end that connects to the wrist. Until now, this styloid process has been found only in us, Neandertals and other archaic humans.”

The styloid process helps the hand bone lock into the wrist bones, allowing for greater amounts of pressure to be applied to the wrist and hand from a grasping thumb and fingers. Ward and her colleagues note that a lack of the styloid process created challenges for apes and earlier humans when they attempted to make and use tools. This lack of a styloid process may have increased the chances of having arthritis earlier, Ward said. 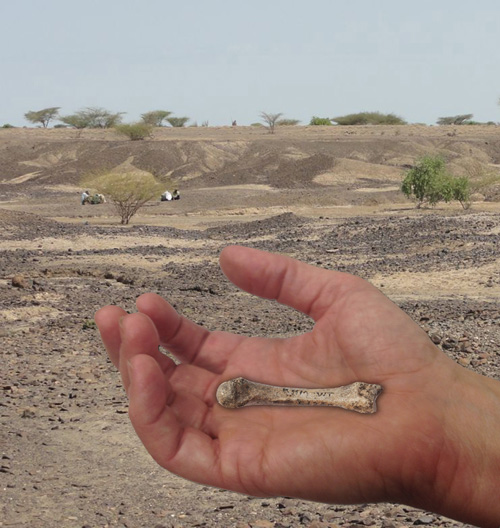 The styloid process allows the hand to lock into the wrist bones, giving humans the ability to apply greater amounts of pressure to the hand. This allows humans to make and use tools. Image credit: University of Missouri 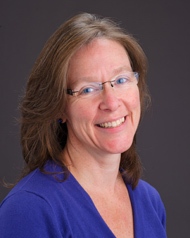 Carol Ward, professor of pathology and anatomical sciences at MU, is part of the West Turkana Paleo Project Team that recently found the earliest evidence of a modern human-like hand. Image credit: University of Missouri

The bone was found near sites where the earliest Acheulian tools have appeared. Acheulian tools are ancient, shaped stone tools that include stone hand axes more than 1.6 million years old. Being able to make such precise tools indicates that these early humans were almost certainly using their hands for many other complex tasks as well, Ward said.

“The styloid process reflects an increased dexterity that allowed early human species to use powerful yet precise grips when manipulating objects. This was something that their predecessors couldn’t do as well due to the lack of this styloid process and its associated anatomy,” Ward said. “With this discovery, we are closing the gap on the evolutionary history of the human hand. This may not be the first appearance of the modern human hand, but we believe that it is close to the origin, given that we do not see this anatomy in any human fossils older than 1.8 million years. Our specialized, dexterous hands have been with us for most of the evolutionary history of our genus, Homo. They are – and have been for almost 1.5 million years – fundamental to our survival.”

The study was published in the Proceedings of the National Academy of Science this week. Members of Ward’s team who helped discover and analyze the bone include: Matthew Tocheri, National Museum of Natural History in the Smithsonian Institution; J. Michael Plavcan, University of Arkansas; Francis Brown, University of Utah; and Fredrick Manthi, National Museums of Kenya.