In conversation: Steven B. Smith on the importance of Abraham Lincoln — then and now

In commemoration of the death of President Abraham Lincoln on April 15, 1865, YaleNews spoke with Steven B. Smith, the Alfred Cowles Professor of Government and Philosophy and a scholar on the writings of Abraham Lincoln.

Smith, who edited and co-authored “The Writings of Abraham Lincoln,” discussed what made the nation’s 16th president an exemplary leader, why Lincoln’s writings are still important, and how Lincoln has taught us that language and principles matter in politics.

What led you to study the writings of Abraham Lincoln?

I am a student of political science and the greatest theme of politics is the idea of statesmanship. Who is a statesman? What makes a statesman? These are some of the oldest questions of my field. In attempting to find an answer, there are a few, maybe only a handful, of truly great or exemplary political leaders to whom we might turn for insight. Abraham Lincoln is one of them.

You researched and wrote an essay on Lincoln’s second inaugural address, which frames the Civil War in religious terms. What is the place of religion in Lincoln’s political thought? 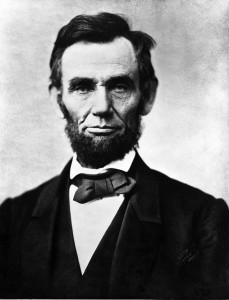 Lincoln’s religious views remain one of the most contested areas of his thought. In his early career, he was starkly irreligious. His law partner and early biographer, William Herndon, recalls Lincoln’s interest in Thomas Paine’s “Age of Reason” and other works of the 18th-century Enlightenment. Some of his early speeches end with tributes to the coming a new age of reason that seems to testify to a powerful secularist streak. Much of this changed, especially during the Civil War. By 1862 he was clearly experimenting with views about the role of divine providence in history. Lincoln was always interested in the themes of determinism and individual responsibility. His religion, such as it was, was not the religion of any particular church or creed. It was a religion that grew out of a profound reading of the Bible and its sense of a mysterious and inscrutable God.

The second inaugural address brought these reflections to a crescendo. This speech — the greatest in American history in my opinion — was a piece of political theology in the oldest sense of the term, a speech in which a recognition of sin and guilt is followed by atonement and redemption. He presents the war as a collective punishment for the national sin of slavery. It is a sin for which we are all — North and South alike — guilty. Lincoln found this a painful and humbling lesson, but as he said in a letter, one that he thought needed to be heard, although one that few Americans, then or now, seem willing to hear.

How did Lincoln’s second inaugural address differ from his first?

The second inaugural address was only 703 words, the shortest in American history. It is also the most God-infused inaugural. It makes at least four specific references to biblical texts — one to Genesis, two to Matthew, one from Psalms — but also references Isaiah in its call to “bind up the nation’s wounds” and to seek a “just and lasting peace, among ourselves, and with all nations.” Frederick Douglass, the famous African-American abolitionist, remarked that the speech reads less like a state doctrine than a modern day Sermon on the Mount. I think he was right.

What made Abraham Lincoln an exemplary leader? 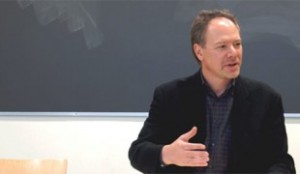 Lincoln’s leadership was exemplary because in the throes of our greatest national crisis, he never forgot his obligations to a constitutional form of government. Many people in his time thought of Lincoln as a dictator, and today people are willing to say that he illegitimately extended the scope of executive power beyond its constitutional limits. I have always been struck — to the contrary — by Lincoln’s almost sublime sense of moderation and self-control. For example during the summer of 1864, when Lincoln believed he would almost certainly lose his bid for re-election, he wrote a memo declaring himself willing to work with his possible successor. Even when he thought he might lose everything he stood and fought for, Lincoln believed in the necessity of free elections under the rule of law. We often forget what a bold and even heroic commitment this was during time of unprecedented civil war.

In an early speech he had warned against the dangers of Caesarism and Bonapartism. Lincoln was deeply aware of the dangers (and the attractions) of dictatorship and made every effort to give his decisions, even the most controversial ones, a foundation in the Constitution and the rule of law. It is this combination of the need for bold and energetic action with the need for constitutional self-restraint that made Lincoln great.

The issues with which Lincoln grappled — issues like the scope and size of federal authority, the role of government in achieving racial equality, and the place of the executive power during wartime — are still the issues we struggle with today. Our assessment of Lincoln is more than a judgment of a historical figure. It is a judgment on ourselves.

How do Lincoln’s writings apply to present-day politics?

Lincoln’s writings help us see the way that words shape politics and history. Lincoln rose to power almost entirely through the power of his language. I don’t mean by the kind of flowery oratory that was a staple of 19th-century political rhetoric, but by reasoned argument and persuasion. At a time when we believe that all politics is about the cynical manipulation of power, a view expressed in the popular television show “House of Cards,” Lincoln shows us that language and principle matter. For example, the canonical status we ascribe to the Declaration of Independence and its equality clause is largely of Lincoln’s doing. He gave to the idea of equality a centrality in the American experience that it had never had before, and it has, in fact, become inseparable from what it means to be an American. Lincoln shows us that words matter and that politics is an activity that takes place largely in and through language. Those who care about the future of equality in American would do well to study Lincoln.

Are you planning any further research on the writings of Abraham Lincoln?

I’m always doing something with Lincoln.