In Blown-Down Forests, a Story of Survival

To preserve forest health, the best management decision may be to do nothing

In a storm’s wake, landowners, municipalities and state agencies are faced with important financial and environmental decisions.

A study by Harvard University researchers, supported by the National Science Foundation (NSF) and published in the journal Ecology, yields a surprising result: when it comes to the health of forests, native plants and wildlife, the best management decision may be to do nothing.

Salvage logging is a common response to modern storm events in large woodlands. Acres of downed, leaning and broken trees are cut and hauled away.

Landowners and towns financially recoup with a sale of the damaged timber. But in a salvaged woodland landscape, the forest’s original growth and biodiversity, on which many animals and ecological processes depend, is stripped away.

A thickly growing, early-successional forest made up of a few light-loving tree species develops in its place.

But what happens when wind-blown forests are left to their own devices? 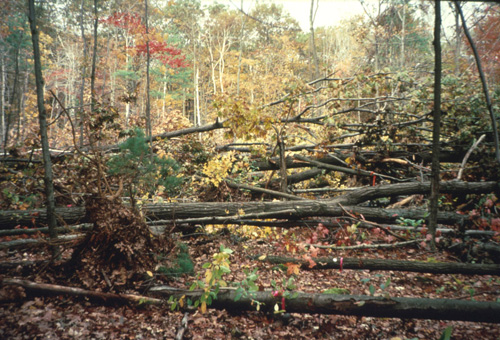 In 1990, this part of NSF's Harvard Forest LTER site was a jumble of downed trees. Image credit: Marcheterre Fluet

The Ecology paper reports results of a 20-year study at NSF’s Harvard Forest Long-Term Ecological Research (LTER) site in Massachusetts. Harvard Forest is one of 26 such NSF LTER sites around the world in ecosystems from coral reefs to deserts, grasslands to the polar regions.

“To manage sustainable ecosystems, we must understand how they recover from extreme, natural events, such as hurricanes, fires and floods,” says Matt Kane, a program director at NSF for LTER. “This process can take decades. The NSF LTER program is uniquely able to support important experiments at the time scales needed.”

At Harvard Forest in 1990, a team of scientists recreated a major hurricane in a two-acre patch of mature oak forest.

Eighty percent of the trees were flattened with a large winch and cable. Half the trees died within three years, and the scientists left the dead and damaged wood on the ground.

In the 20 years since, the researchers have monitored everything from soil chemistry to the density of leaves on the trees.

What they found is a remarkable story of recovery. 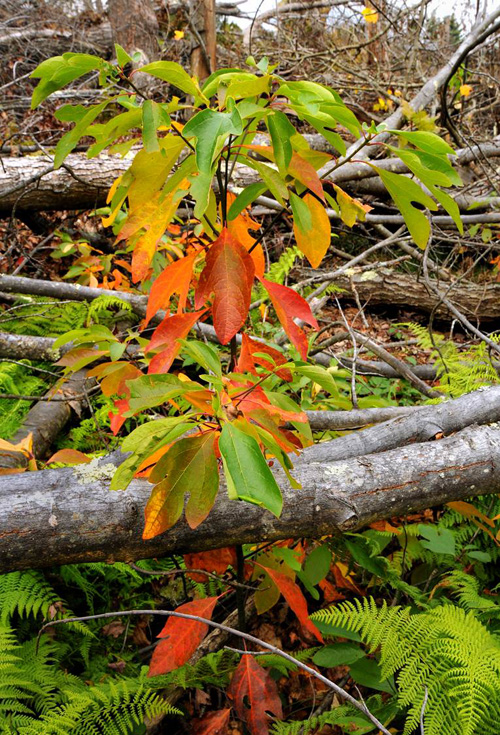 Initially, the site was a nearly impassable jumble of downed trees. But surviving, sprouting trees, along with many new seedlings of black birch and red maple–species original to the forest–thrived amid the dead wood.

“Forests have been recovering from natural processes like windstorms, fire and ice for millions of years. What appears to us as devastation is actually, to a forest, a natural and important state of affairs.” 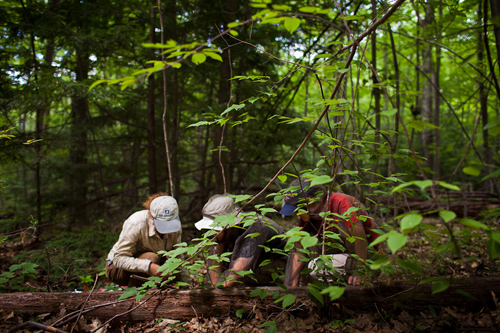 After severe tornadoes in Massachusetts in June 2011, the Commonwealth of Massachusetts’ Division of Fisheries and Wildlife pursued a watch-and-wait policy at a site in Southbridge, Mass.

There, salvage work is limited to providing access routes for public safety.

The area is quickly regaining lush, native vegetation. It supports everything from invertebrates to salamanders, and black bears that winter in thick brush piles and forage for insects in rotting logs. 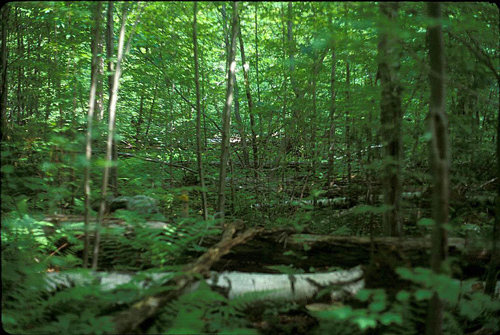 While a range of economic, public safety and aesthetic reasons seems to compel landowners to salvage storm-damaged trees, paper co-author Audrey Barker-Plotkin of the Harvard Forest site suggests that improving forest health should not be one of them.

“Although a blown-down forest appears chaotic,” she says, “it is functioning as a forest and doesn’t need us to clean it up.” 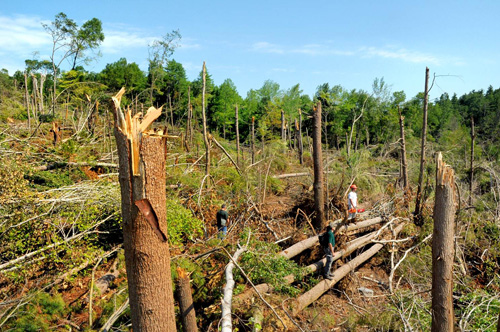