*Chairman and CEO Samuel J. Palmisano Says Managing for the Long Term Will Drive Growth for Next 100 Years*

ARMONK, N.Y., – 16 Jun 2011: IBM today is marking the 100th anniversary of its founding on June 16, 1911. To celebrate the milestone, the company is releasing a book, “Making the World Work Better: The Ideas That Shaped a Century and a Company,” debuting a new film, “Wild Ducks,” and ringing the Opening Bell at the New York Stock Exchange.

During its first century, IBM has played a leading role in transforming business, science and society. The company’s history can be seen as a succession of key milestones – from investing in a research lab in the depths of the Great Depression, to developing the first hard disk drive that created the data storage industry, to working with the U.S. government to develop the Social Security System. It continued with such “big bets” as a radical new computing model, the System/360 mainframe; the invention of the UPC code; the invention of the IBM Personal Computer that launched the PC revolution; and the recent development of Watson, the computer that triumphed on the TV game show Jeopardy!. 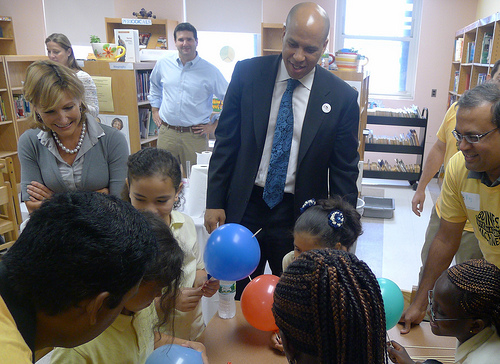 Chairman of the Board, President and CEO Samuel J. Palmisano identified the key lesson IBM has learned over 100 years: In order to succeed for the long term, you must manage for the long term.

“For IBMers, long-term thinking means continually moving to the future,” he said. “IBM has survived and thrived for 100 years by remaining true to our core values, while being ready to change everything else. This has allowed us to transform technology, business and society through our first century, and we believe it will enable us to achieve even more in our second.” 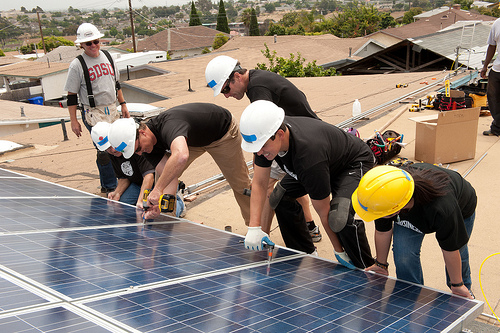 Day of Service - San Diego, California. On June 15, IBM volunteers partner with GRID Alternatives to install solar panels in homes for low income families in San Diego, California and throughout the west coast. The effort is part of the company's Centennial Day of Service where more than 300,000 IBMers around the globe have volunteered more than 2.5 million hours of service to communities worldwide. Image credit: IBM

One of the oldest living IBM alumni, Luis A. Lamassonne is 105 years old and resides in Miami, Florida. He joined IBM in 1933 and worked at the company for 38 years, rising to become an executive in Latin America. Reflecting on IBM’s Centennial today, Lamassonne said, “IBM has always been one of the best companies. The company is special because of the people. I have faith that IBM will survive for many more years, for another century.” 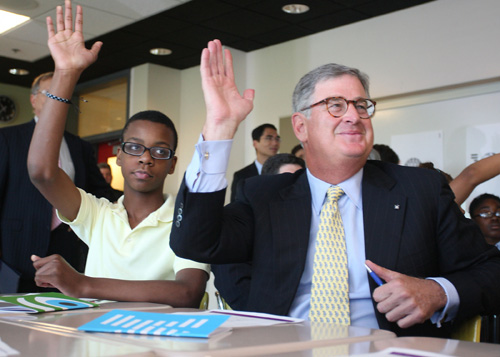 Day of Service - Samuel Palmisano Teaching in Baltimore, MD. On June 15, 2011 in Baltimore, Maryland, IBM Chairman and CEO Samuel Palmisano returned to his hometown to teach students at Digital Harbor High School about the importance of science and math as part of IBM’s Day of Service, a series of global volunteering events to celebrate IBM's Centennial. More than 300,000 IBM employees around the globe are volunteering over 2.5 million hours of service in their local communities, helping with civic challenges and societal needs. Image credit: IBM

IBM will use its Centennial to engage with business leaders, academia, clients and local communities in the 170 countries the company does business through a year-long initiative. IBM Centennial celebration highlights include:

For more information on the IBM Centennial, visit www.ibm100.com.