A brain-development gene found exclusively in humans has an unusual evolutionary history and could contribute to what makes us distinctly human. Equally surprising, this is a partial gene created from an incomplete duplication of its “parent” gene in the prehistoric human genome.

Their paper is published in the May 4 advanced online edition of Cell. It is one of a pair of papers on this gene. Dr. Franck Polleux of the Scripps Research Institute headed the related study.

The incomplete duplication of the gene may account for its behavior. It acts much like an offspring who rebels against its elders and goes on to greatness.

“Our data point to a mechanism,” Dennis explained, “for the partial gene interfering with the function of its ancestral gene.” Instead of taking a while to settle, this mutation started working, according to Dennis, “immediately at its ‘birth’ some 2 million to 3 million years ago.

The timing of the duplication coincides with evolutionary changes in the brain anatomy in species of the genus Homo. The partial gene also was discovered in the genomes of the Neanderthals and Denisovans, who bore remarkable resemblance to humans. Except for Homo sapiens (humans), all other Homo species have long been extinct. The gene duplicates are not found in chimpanzees, gorillas, orangutans or in the genomes of any other mammalian species.

The period of this partial duplication even corresponds to the transition of the slender, upright African pre-human primate genus, Australopithecus, to the larger-brained genus, Homo.

It was also the age when the more human-like primates handled stone tools. More swift changes were taking place in their behavior and culture. There were possibly gaping differences among pre-humans as intellect, reasoning and communication grew stronger in some individuals and their descendants.

“While the appearance of this mutation during that era of primate evolution is exciting, we should be careful to avoid implying cause-and-effect relationships,” Dennis cautioned. Many other human-specific gene mutations, environmental conditions, social interactions and other contributing factors were at play. 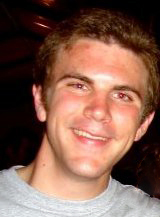 Scientists from several fields, including embryology and the neurosciences, are interested in how this human specific gene mutation works. Using mice, researchers previously showed that the SRGAP2 gene has a role in fetal development of the cortex, where thought, spatial reasoning and other higher brain activities reside.

The May 4 accompanying paper in Cell by Polleux’s group indicates that the duplicate gene plays a role in shaping the cortex by working in concert with its parent gene to regulate the migration of brain cells and the formation of brain cell surface structures, such as branches, knobs and connective outgrowths.

Eichler and his group began studying the evolutionary history of this gene family, located on Chromosome 1, after analysis of hundreds of human genomes revealed that sequence information for SRGAP2 was incorrect or missing. The gene had been misassembled and duplicate copies were not sequenced or characterized. This is not uncommon for genes that are difficult to analyze with standard methods, especially those genes embedded within parts of our genomes holding multiple copies that are nearly identical.

Eichler and his team decided to complete the missing data with genetic information from a human hydatidiform mole, a rare product of the fertilization of an empty egg by a sperm. Because the collection of cells that make up the mole has but half of each pair of human chromosomes, geneticists refer to it as haploid.

“The data we leveraged from the haploid mole allowed us to reconstruct the complex evolutionary history of the SRGAP2 gene family since about 6 million years ago when humans diverged from non-human primates,” the researchers reported. 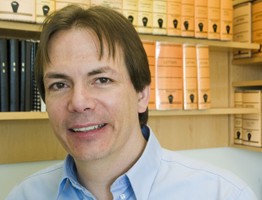 By identifying nearly identical sequences not recorded in the reference human genome, the researchers confirmed that the SRGAP2 gene had duplicated three times. Although many mammals have the gene, the segmental duplications occurred exclusively in humans. The promoter and a few other parts of the gene were first duplicated about 3.4 million years ago. Later, larger duplications copied this partial gene to nearby locations on Chromosome 1 about 2.4 million years ago, and then again 1 million years ago.

The second duplicate seemed most promising to the scientists because their analysis suggested that it was likely to produce a viable protein.

Unlike many of the mutations that created the approximately two-dozen human-specific genes discovered so far, the partial gene is no longer located in a hotspot of change. Perhaps, the researchers surmise, it was transported to a more stable location during the second duplication event, or the product became indispensable to human adaptation and evolution. The relocation permitted it to function over the long haul.

“This gene is among the most fixed of human-specific genes,” Dennis said. “There’s almost no variation in the number of copies from one human genome to another. Just about everyone has two copies, she explained, which is unusual for such a recently duplicated gene segment.

Evidence for the role of this gene family in human brain development and intellectual capacity comes from the Eichler group’s study of mutations in children with developmental delays, certain types of epilepsy, and brain malformations.

“Final proof of the functional significance of this gene family will rest on the discovery of disruptive mutations associated with these types of disorders,” Dennis said. In turn, such studies may uncover the molecular mechanisms of these conditions and perhaps improve their diagnosis and treatment.

The researchers emphasized that the SRGAP2 gene duplications are a few of several that are specific to humans and yet whose duplicates are missing or incompletely assembled in the reference human genome. Several remaining uncharacterized human-specific genes are believed to have a role in brain development, the growth of connections between brain cells, and behavior.

“Uncharacterized human-specific genes,” the researchers proposed,” are important pieces in the puzzle of the genetic basis of human brain evolution.”

The project “Evolution of Human-Specific Neural SRGAP2 Genes by Incomplete Segmental Duplication” was funded by the National Institutes of Health grants and support from the Howard Hughes Medical Institute.