How to Thrive in Battery Acid and Among Toxic Metals

In the movie Alien, the title character is an extraterrestrial creature that can survive brutal heat and resist the effects of toxins.

In real life, organisms with similar traits exist, such as the “extremophile” red alga Galdieria sulphuraria.

In hot springs in Yellowstone National Park, Galdieria uses energy from the sun to produce sugars through photosynthesis.

In the darkness of old mineshafts in drainage as caustic as battery acid, it feeds on bacteria and survives high concentrations of arsenic and heavy metals.

How has a one-celled alga acquired such flexibility and resilience?

They are three of 18 co-authors of a paper on the findings published in this week’s issue of the journal Science. 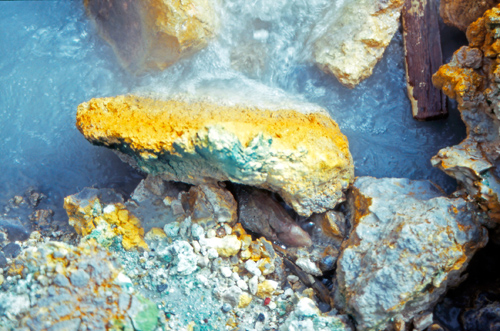 The scientists made an unexpected discovery: Galdieria‘s genome shows clear signs of borrowing genes from its neighbors.

Many genes that contribute to Galdieria‘s adaptations were not inherited from its ancestor red algae, but were acquired from bacteria or archaebacteria.

This “horizontal gene transfer” is typical for the evolution of bacteria, researchers say.

However, Galdieria is the first known organism with a nucleus (called a eukaryote) that has adapted to extreme environments based on horizontal gene transfer.

“The age of comparative genome sequencing began only slightly more than a decade ago, and revealed a new mechanism of evolution–horizontal gene transfer–that would not have been discovered any other way,” says Matt Kane, program director in the National Science Foundation’s (NSF) Division of Environmental Biology, which funded the research.

“This finding extends our understanding of the role that this mechanism plays in evolution to eukaryotic microorganisms.” 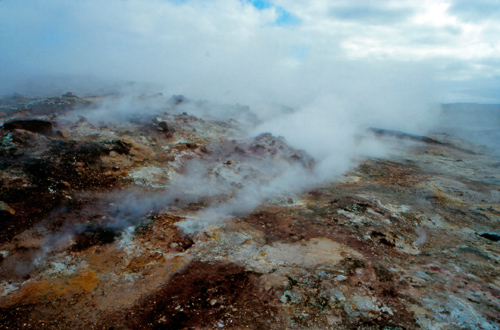 A volcanic area near Reykjavik, Iceland, where Galdieria sulphuraria has been found. Image credit: Christine Oesterhelt

Galdieria‘s heat tolerance seems to come from genes that exist in hundreds of copies in its genome, all descending from a single gene the alga copied millions of years ago from an archaebacterium.

“The results give us new insights into evolution,” Schoenknecht says. “Before this, there was not much indication that eukaryotes acquire genes from bacteria.”

The alga owes its ability to survive the toxic effects of such elements as mercury and arsenic to transport proteins and enzymes that originated in genes it swiped from bacteria.

It also copied genes offering tolerance to high salt concentrations, and an ability to make use of a wide variety of food sources. The genes were copied from bacteria that live in the same extreme environment as Galdieria. 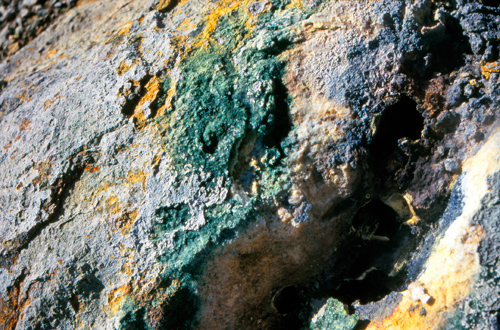 “Why reinvent the wheel if you can copy it from your neighbor?” asks Lercher.

“It’s usually assumed that organisms with a nucleus cannot copy genes from different species–that’s why eukaryotes depend on sex to recombine their genomes.

“How has Galdieria managed to overcome this limitation? It’s an exciting question.”

What Galdieria did is “a dream come true for biotechnology,” says Weber.

“Galdieria has acquired genes with interesting properties from different organisms, integrated them into a functional network and developed unique properties and adaptations.” 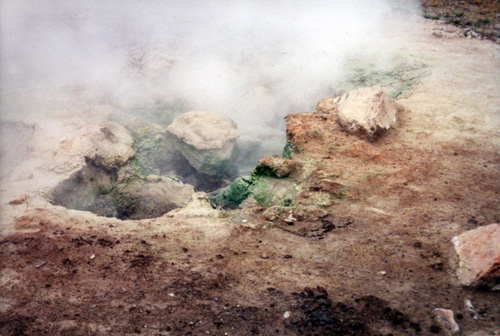 In the future, genetic engineering may allow other algae to make use of the proteins that offer stress tolerance to Galdieria.

Such a development would be relevant to biofuel production, says Schoenknecht, as oil-producing algae don’t yet have the ability to withstand the same extreme conditions as Galdieria. 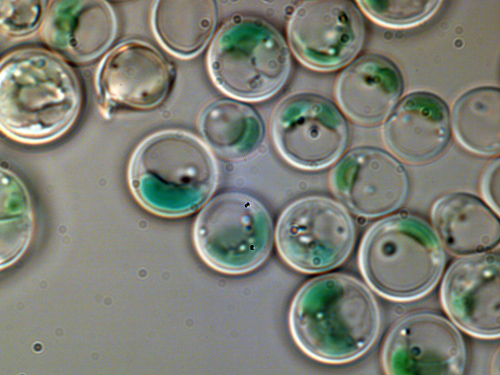