How the brain creates the ‘buzz’ that helps ideas spread

How do ideas spread? What messages will go viral on social media, and can this be predicted?

UCLA psychologists have taken a significant step toward answering these questions, identifying for the first time the brain regions associated with the successful spread of ideas, often called “buzz.”

The research has a broad range of implications, the study authors say, and could lead to more effective public health campaigns, more persuasive advertisements and better ways for teachers to communicate with students.

“Our study suggests that people are regularly attuned to how the things they’re seeing will be useful and interesting, not just to themselves but to other people,” said the study’s senior author, Matthew Lieberman, a UCLA professor of psychology and of psychiatry and biobehavioral sciences and author of the forthcoming book “Social: Why Our Brains Are Wired to Connect.” “We always seem to be on the lookout for who else will find this helpful, amusing or interesting, and our brain data are showing evidence of that. At the first encounter with information, people are already using the brain network involved in thinking about how this can be interesting to other people. We’re wired to want to share information with other people. I think that is a profound statement about the social nature of our minds.” 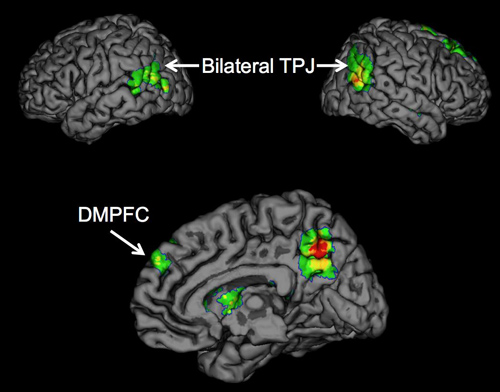 The study findings are published in the online edition of the journal Psychological Science, with print publication to follow later this summer.

“Before this study, we didn’t know what brain regions were associated with ideas that become contagious, and we didn’t know what regions were associated with being an effective communicator of ideas,” said lead author Emily Falk, who conducted the research as a UCLA doctoral student in Lieberman’s lab and is currently a faculty member at the University of Pennsylvania’s Annenberg School for Communication. “Now we have mapped the brain regions associated with ideas that are likely to be contagious and are associated with being a good ‘idea salesperson.’ In the future, we would like to be able to use these brain maps to forecast what ideas are likely to be successful and who is likely to be effective at spreading them.” 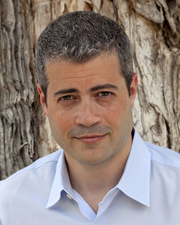 In the first part of the study, 19 UCLA students (average age 21), underwent functional magnetic resonance imaging (fMRI) brain scans at UCLA’s Ahmanson–Lovelace Brain Mapping Center as they saw and heard information about 24 potential television pilot ideas. Among the fictitious pilots — which were presented by a separate group of students — were a show about former beauty-queen mothers who want their daughters to follow in their footsteps; a Spanish soap opera about a young woman and her relationships; a reality show in which contestants travel to countries with harsh environments; a program about teenage vampires and werewolves; and a show about best friends and rivals in a crime family.

The students exposed to these TV pilot ideas were asked to envision themselves as television studio interns who would decide whether or not they would recommend each idea to their “producers.” These students made videotaped assessments of each pilot.

Another group of 79 UCLA undergraduates (average age 21) was asked to act as the “producers.” These students watched the interns’ videos assessments of the pilots and then made their own ratings about the pilot ideas based on those assessments.

Lieberman and Falk wanted to learn which brain regions were activated when the interns were first exposed to information they would later pass on to others.

“We’re constantly being exposed to information on Facebook, Twitter and so on,” said Lieberman. “Some of it we pass on, and a lot of it we don’t. Is there something that happens in the moment we first see it — maybe before we even realize we might pass it on — that is different for those things that we will pass on successfully versus those that we won’t?” 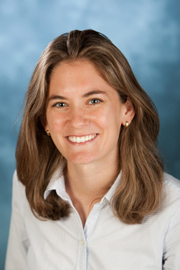 Emily Falk is on the faculty at the University of Pennsylvania’s Annenberg School for Communication. Image credit: University of California

It turns out, there is. The psychologists found that the interns who were especially good at persuading the producers showed significantly more activation in a brain region known as the temporoparietal junction, or TPJ, at the time they were first exposed to the pilot ideas they would later recommend. They had more activation in this region than the interns who were less persuasive and more activation than they themselves had when exposed to pilot ideas they didn’t like. The psychologists call this the “salesperson effect.”

“It was the only region in the brain that showed this effect,” Lieberman said. One might have thought brain regions associated with memory would show more activation, but that was not the case, he said.

“We wanted to explore what differentiates ideas that bomb from ideas that go viral,” Falk said. “We found that increased activity in the TPJ was associated with an increased ability to convince others to get on board with their favorite ideas. Nobody had looked before at which brain regions are associated with the successful spread of ideas. You might expect people to be most enthusiastic and opinionated about ideas that they themselves are excited about, but our research suggests that’s not the whole story. Thinking about what appeals to others may be even more important.”

The TPJ, located on the outer surface of the brain, is part of what is known as the brain’s “mentalizing network,” which is involved in thinking about what other people think and feel. The network also includes the dorsomedial prefrontal cortex, located in the middle of the brain.

“When we read fiction or watch a movie, we’re entering the minds of the characters — that’s mentalizing,” Lieberman said. “As soon as you hear a good joke, you think, ‘Who can I tell this to and who can’t I tell?’ Making this judgment will activate these two brain regions. If we’re playing poker and I’m trying to figure out if you’re bluffing, that’s going to invoke this network. And when I see someone on Capitol Hill testifying and I’m thinking whether they are lying or telling the truth, that’s going to invoke these two brain regions.

“Good ideas turn on the mentalizing system,” he said. “They make us want to tell other people.”

The interns who showed more activity in their mentalizing system when they saw the pilots they intended to recommend were then more successful in convincing the producers to also recommend those pilots, the psychologists found.

“As I’m looking at an idea, I might be thinking about what other people are likely to value, and that might make me a better idea salesperson later,” Falk said.

By further studying the neural activity in these brain regions to see what information and ideas activate these regions more, psychologists potentially could predict which advertisements are most likely to spread and go viral and which will be most effective, Lieberman and Falk said.

Such knowledge could also benefit public health campaigns aimed at everything from reducing risky behaviors among teenagers to combating cancer, smoking and obesity.

“The explosion of new communication technologies, combined with novel analytic tools, promises to dramatically expand our understanding of how ideas spread,” Falk said. “We’re laying basic science foundations to addressimportant public health questions that are difficult to answer otherwise — about what makes campaigns successful and how we can improve their impact.”

As we may like particular radio DJs who play music we enjoy, the Internet has led us to act as “information DJs” who share things that we think will be of interest to people in our networks, Lieberman said.

“What is new about our study is the finding that the mentalizing network is involved when I read something and decide who else might be interested in it,” he said. “This is similar to what an advertiser has to do. It’s not enough to have a product that people should like.”