COLUMBUS, Ohio – The very same treatment that thwarts breast cancer has a dark side – it can fuel the spread of the disease to the lungs.

Researchers at The Ohio State University studied the cascade of events that lead to metastatic cancer and found clues to why it happens, opening up the possibility of one day interfering with the medication’s downsides while preserving its cancer-fighting properties in breast tissue. 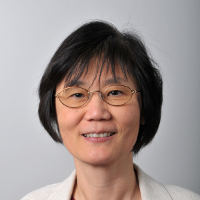 The front-line chemotherapy drug paclitaxel sets off a variety of molecular-level changes that allow breast cancer cells to escape from the tumor. At the same time, it creates an environment in the lung that is more hospitable to the cancer cells, facilitating the spread of the disease, the researchers found in a mouse model of breast cancer.

The study, which appears in the journal Proceedings of the National Academy of Sciences, includes an analysis of data from women with breast cancer that suggest the findings from mouse models could be relevant to breast cancer metastasis in humans.

“That chemotherapy can paradoxically promote cancer progression is an emerging revelation in cancer research. However, a molecular-level understanding of this devastating effect is not clear,” said Tsonwin Hai, the study’s senior author and a professor of biological chemistry and pharmacology.

The changes in both the tumor and the lung documented in the study depend on a gene called Atf3, which is turned on by stress. In human data, the researchers found higher Atf3 gene expressionin patients who had chemotherapy than those who did not.

“This gene seems to do two things at once: essentially help distribute the ‘seeds’ (cancer cells) and fertilize the ‘soil’ (the lung),” Hai said.

First, the chemo appears to send signals to increase the number of molecular doors through which the cancer cells can escape from the primary tumor into the bloodstream, freeing them to travel to other organs, the researchers found.

This finding is bolstered by another recent study conducted at the Albert Einstein College of Medicine and published in Science Translational Medicine, which showed a similar result using imaging techniques to observe the tumor in mice, Hai said.

“There are signals that help cancer cells enter the lungs and set up shop, that make the environment more immunologically tolerant to cancer cells,” Hai said.

A molecular-level understanding of why chemotherapy sometimes increases risk of metastatic cancer is in the early stages, Hai said.

She said it’s important to recognize that the cancer cells in the study’s mouse model are very aggressive and that it would be interesting to test whether paclitaxel also enhances the escape of cancer cells at earlier stages in cancer progression.

Hai cautioned that much more work is required before extrapolating the findings in mice to human cancer treatment.

“At this point, what our study and the recent literature on chemotherapy taught us is that it is prudent to keep our mind open, realizing that chemo can help treat cancer, but at the same time may increase the possibility of the spread of that cancer,” she said.

What set their study apart from other research in this area is the identification of the stress gene Atf3. They showed that paclitaxel — a stressor — exerts its pro-cancer effect at least in part by turning on Atf3.

“It’s possible there could be a treatment given in conjunction with the chemo that would inhibit this problem by dampening the effect of the stress gene Atf3,” Hai said.

And that will be a focus of Hai’s work in this area going forward, she said.

The U.S. Department of Defense supported this study.

Other Ohio State researchers who worked on the study were Yi Seok Chang, Swati Jalgaonkar and Justin Middleton.