COLUMBUS, Ohio – Water-associated infectious disease outbreaks are more likely to occur in areas where a region’s population density is growing, according to a new global analysis of economic and environmental conditions that influence the risk for these outbreaks.

Ohio State University scientists constructed a massive database containing information about 1,428 water-associated disease outbreaks that were reported between 1991 and 2008 around the world. By combining outbreak records with data on a variety of socio-environmental factors known about the affected regions, the researchers developed a model that can be used to predict risks for water-associated disease outbreaks anywhere in the world.

The research appears in PLoS Neglected Tropical Diseases, a journal published by the Public Library of Science. 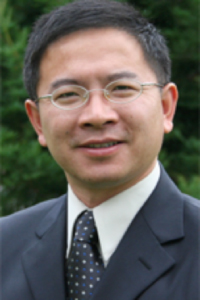 There are five different categories of water-associated diseases, depending on the role water plays in the disease transmission process. Population density was a risk factor for all types of these diseases. Prolonged and excessive heat was shown to be a driver of water-related diseases that are transmitted to people by insect bites.

The study shows that clusters of reported outbreaks tended to occur in Western Europe, Central Africa, Northern India and Southeast Asia. These regions, as well as Latin America and eastern Brazil, were targeted as potential “hot spots” at highest risk for future water-associated disease outbreaks ranging from E. coli-related diarrhea to dengue fever.

World health experts conservatively estimate that 4 percent of deaths – almost 2 million annually – and 5.7 percent of illnesses around the world are caused by infectious diseases related to unsafe water and sanitation and hygiene problems. Getting a better handle on the socio-environmental factors that affect the risks for water-associated disease outbreaks is a first step toward guiding policymakers as they prioritize the distribution of health resources around the world, the researchers say.

“We know water is essential to life, but we also know that water is a vehicle that can carry hazards. If we understand the risk factors of disease better, we can inform policy decisions because resources are limited. Second, we can provide an early warning to certain places that are undergoing global environmental change because our model shows how those changes affect outbreak risks,” said Song Liang, senior author of the study and an assistant professor of environmental health sciences at Ohio State.

“We’re not going to address all of the questions in one study, but we hope to set the stage for studies that can move toward that goal.”

Most information on water-associated pathogens and infectious diseases in the Ohio State database came from the Global Infectious Disease and Epidemiology Network (GIDEON), a web-based database containing details on outbreaks for 337 recognized infectious diseases in 231 countries and regions. Liang and colleagues also collected extensive data from journal articles and health organization publications to supplement the GIDEON information.

Among the information included in the Ohio State database were disease-causing agents, such as bacteria or viruses, and their biological characteristics; water’s role in disease transmission; disease transmission routes; and details about whether the recorded outbreak represented an emergence or re-emergence of a water-associated disease for a given region. These details were crossed with a socio-environmental database that contained data on population density, global average accumulated temperature, surface area of water bodies, average annual rainfall and per-capita gross domestic product.

Each disease tracked in the database was classified into one of five categories:

The analysis also showed that fewer water-washed diseases occurred in places with larger bodies of surface water, and that areas with higher average annual rainfall had fewer outbreaks of water-borne and water-related diseases.

“No single factor can explain this distribution,” Liang said. “And for different categories of diseases, the impact of those factors varies. This is the first time we’ve had large-scale proof of that.

“At this point, we’ve identified all of the reported outbreaks, but not every socio-environmental factor that influenced them.”

The model predicts that Western Europe, Central Africa and Northern India are at higher risk for water-borne diseases, especially E. coli diarrhea, and that the risk in Europe is primarily driven by water-carried diseases that tend to occur in recreational areas. Western Europe, North Africa and Latin America tend to be at higher risk for water-washed diseases, particularly viral conjunctivitis. Risks associated with water-based diseases, especially schistosomiasis, were highest in east Brazil, Northwest and Central Africa and southeast of China.

Even with all of the data available, the researchers suggest that their database and map represent just a fraction of the actual outbreaks that have occurred because the under-reporting of these diseases is a common problem, especially in the developing world.

They also were surprised to find that economic status did not appear to influence risk for water-associated disease outbreaks, at least on a global scale. “When we look specifically at an area on a smaller scale, we might find something different,” Liang said.

Liang and colleagues already have begun to take a closer look at two regions, Africa and Asia, to examine environmental and economic issues that are most likely to influence risks for water-associated infectious disease outbreaks on those continents.

This work is supported in part by the National Institutes of Health and by two Ohio State University programs: Public Health Preparedness for Infectious Diseases and Climate, Water and Carbon.

Co-authors, all from Ohio State, include first author Kun Yang and Bo Lu of the College of Public Health (Yang is now with the Jiangsu Institute of Parasitic Diseases in China); Jeffrey LeJeune of the Ohio Agricultural Research and Development Center and the College of Veterinary Medicine; and Doug Alsdorf and C.K. Shum of the School of Earth Sciences.