COLUMBIA, Mo. ­— For more than a century, hundreds of thousands of historical artifacts dating back to before the founding of Rome have been stored in crates in the Capitoline Museums of Rome, where they have remained mostly untouched. Now, the City of Rome; the Capitoline Museums, the first public museum in the world; and Enel Green Power North America, a leading renewable energy company; have started a project, known as “The Hidden Treasure of Rome,” which will bring those artifacts into the laboratories of U.S. universities to be studied, restored, categorized and catalogued. The University of Missouri is the first university selected for this project.

“This agreement represents a significant advance in understanding our cultural heritage and our shared human past,” MU Chancellor R. Bowen Loftin said. “It recognizes the unique expertise and resources at the University of Missouri. We are both proud and humbled to be selected by the Capitoline Museums and the City of Rome to inaugurate this major international initiative, bringing together the oldest American public university west of the Mississippi with the oldest public museum in the world. We recognize the enormous responsibilities and also the incredible opportunities for discoveries that result from this partnership.” 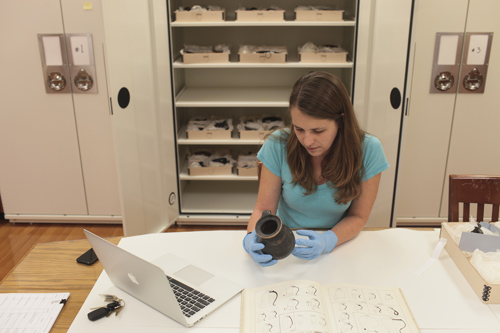 “We are excited to officially launch in the United States this new and innovative cultural project made possible thanks to the support of our partner, Enel Green Power,” said Claudio Parisi Presicce, superintendent of Cultural Heritage of the City of Rome and director of the Capitoline Museums of Rome. “We also are glad to be able to inaugurate the project at the prestigious University of Missouri. Allowing U.S. students and researchers the unique opportunity to study the objects directly on campus and apply very advanced research methodologies will give the larger scientific community the ability to contribute to the enhancement of the knowledge of these precious archeological materials and our history.”

As a result of the Italian unification in 1870, large parts of Rome were cleared for new government buildings. During that time, massive quantities of archaeological material were stored in the Antiquarium, a unit of the Capitoline Museums of Rome; however, the majority of these materials were never studied. 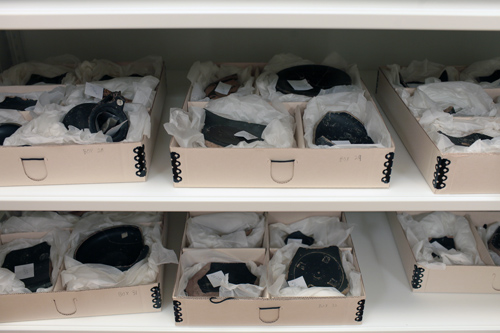 Talks about the project began in 2013 when officials from the Capitoline Museums and the City of Rome, with the support of Enel Green Power North America, loaned a red, marble statue to the Nelson Atkins Museum in Kansas City, Mo. At that time, the Italian curators began discussing the materials in the Antiquarium, and MU was recommended as an ideal partner for the project. According to Alex Barker, director of the MU Museum of Art and Archaeology, MU was selected as the first partner to develop this new program that eventually will make the unstudied antiquities of the Antiquarium – some 100,000 antiquities in all – available for study and scholarly analysis by selected U.S. universities over the coming years.

Under the agreement, both MU scholars and students will have access to the antiquities. Graduate students in MU’s Department of Art History and Archaeology will be working directly with the collections and can use these objects for thesis and dissertation projects. The first set of loans — 249 black-gloss ceramics dating to the period of the Roman Republic (fifth to first centuries B.C.) —recently were received by the MU Museum of Art and Archaeology.

“This project plays to our strengths,” Barker said. “We have a classical archaeology doctoral program in the Department of Art History and Archaeology with excellent faculty, an American Alliance of Museums-accredited museum with recognized expertise in archaeology and the antique world, and one of the nation’s best archaeometric laboratories at the MU Research Reactor, capable of performing detailed analysis on a wide range of materials.”

The project, which will continue through Dec. 31, 2017, is being funded by Enel Green Power North America, a leading renewable energy company with more than 90 projects in the United States and Canada. The company is a subsidiary of Enel Green Power, headquartered in Rome and a world leader in the energy sector. Following this pilot project, the program will be expanded to other universities and museums in the U.S.

“We are excited to launch an innovative project that will leverage the Italian and U.S. expertise to promote the preservation of a priceless legacy from the ancient Rome,” said Francesco Venturini, CEO of Enel Green Power. “Both sides of the ocean have a wealth of knowledge and resources to offer based on their different histories and experiences. The mutual sharing of such expertise will open a wide range of opportunities to further research, education and innovation. This project is in line with the company’s objective to make tangible contributions to the social and economic development of the communities in which it operates with the final goal of Creating Shared Value.”