Here is What Real Commitment To Your Marriage Means

What does being committed to your marriage really mean? UCLA psychologists answer this question in a new study based on their analysis of 172 married couples over the first 11 years of marriage.

“When people say, ‘I’m committed to my relationship,’ they can mean two things,” said study co-author Benjamin Karney, a professor of psychology and co-director of the Relationship Institute at UCLA. “One thing they can mean is, ‘I really like this relationship and want it to continue.’ However, commitment is more than just that.”

A deeper level of commitment, the psychologists report, is a much better predictor of lower divorce rates and fewer problems in marriage. 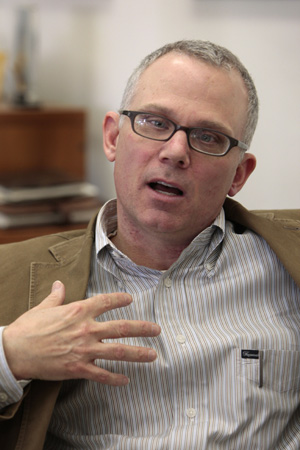 “This,” Bradbury said, “is the other kind of commitment: the difference between ‘I like this relationship and I’m committed to it’ and ‘I’m committed to doing what it takes to make this relationship work.’ When you and your partner are struggling a bit, are you going to do what’s difficult when you don’t want to? At 2 a.m., are you going to feed the baby?”

The couples that were willing to make sacrifices within their relationships were more effective in solving their problems, the psychologists found. “It’s a robust finding,” Bradbury said. “The second kind of commitment predicted lower divorce rates and slower rates of deterioration in the relationship.”

Of the 172 married couples in the study, 78.5 percent were still married after 11 years, and 21.5 percent were divorced. The couples in which both people were willing to make sacrifices for the sake of the marriage were significantly more likely to have lasting and happy marriages, according to Bradbury, Karney and lead study author Dominik Schoebi, a former UCLA postdoctoral scholar who is currently at Switzerland’s University of Fribourg.

For the study, the couples — all first-time newlyweds — were given statements that gauged their level of commitment. They were asked to what extent they agreed or disagreed with statements like “I want my marriage to stay strong no matter what rough times we may encounter,” “My marriage is more important to me than almost anything else in my life,” “Giving up something for my partner is frequently not worth the trouble” and “It makes me feel good to sacrifice for my partner.” The psychologists videotaped the couples’ interactions and measured how they behaved toward each other.

The psychologists also conducted follow-ups with the couples every six months for the first four years (and again later in their marriages), The couples were asked about their relationship history, their feelings toward each other, the stress in their lives, their level of social support, and their childhood and family, among other subjects.

The research is published online in the Journal of Personality and Social Psychology, the premier journal in social psychology, and will be published in an upcoming print edition.

So what does it mean to be committed to your marriage?

“It means do what it takes to make the relationship successful. That’s what this research is saying. That’s what commitment really means,” Karney said. “In a long-term relationship, both parties cannot always get their way.”

When a couple has a dispute, they have many choices of how to respond, the psychologists said.

“One choice,” Karney said, “is if you dig your heels in, then I can dig my heels in too. I can say, ‘You’re wrong. Listen to me!’ But if this relationship is really important to me, I’m willing to say, ‘I will compromise.’ What is my goal? Is it to win this battle? Is it to preserve the relationship? The behaviors I might engage in to win this conflict are different from those that are best for the relationship. The people who think more about protecting the relationship over the long term are more likely to think this is not that big a problem.” 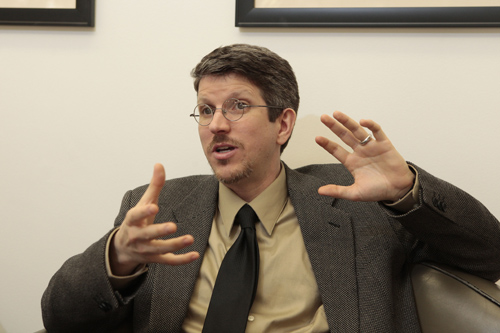 “When the stakes are high, our relationships are vulnerable,” Bradbury said. “When we’re under a great deal of stress or when there is a high-stakes decision on which you disagree, those are defining moments in a relationship. What our data indicate is that committing to the relationship rather than committing to your own agenda and your own immediate needs is a far better strategy. We’re not saying it’s easy.”

How do you do this when it’s difficult?

“Find ways to compromise, or at least have the conversation that allows you and your partner to see things eye to eye,” Bradbury said. “Often, we don’t have the big conversations that we need in our relationship. The very act of communicating in difficult times can be as important as the outcome of the conversation. Everybody has the opportunity to engage in a conflict, or not, to say, ‘You’re wrong, I’m right.’ When people are in it for the long term, they are often willing to make sacrifices and view themselves as a team. They both are.”

The couples whose marriages lasted were better at this than the couples who divorced, Bradbury and Karney said.

“The people who ended their marriages would have said they were very committed to the marriage,” Bradbury said. “But they did not have the resolve to say, ‘Honey, we need to work on this; it’s going to be hard, but it’s important.’ The successful couples were able to shift their focus away from whether ‘I win’ or ‘you win’ to ‘Are we going to keep this relationship afloat?’ That is the ideal.”

In a marriage, disagreement is inevitable, but conflict is optional — a choice we make, Bradbury and Karney said. When the psychologists give workshops for couples, they encourage them to discuss a source of disagreement. Finding such a topic is rarely, if ever, a problem.

The psychologists recommend against “bank-account relationships,” in which you keep score of how often you get your way and how often you compromise.

The ‘invisible forces’ in your marriage

Have you ever noticed that some couples seem to be in sync with each other while other couples are much less so, and wondered why?

In another new study that used data on the couples who were still married after 11 years, Karney, Bradbury, Schoebi and Baldwin Way, an assistant professor of psychology at Ohio State University and former UCLA psychology postdoctoral scholar, suggest that some people, on the basis of their genetic makeup, appear to be more responsive to their spouse’s emotional states.

Building on prior research, the psychologists hypothesize that a gene — the serotonin transporter gene 5-HTTLPR — might play a role in making us more, or less, responsive to our spouse’s emotions. Some people have one variant of the gene, and some have a second variant.

The two variants of the gene strengthen or weaken the link between your emotions and your spouse’s emotions, the psychologists report. People with one variant (called the “short form”) tend to stay angry, sad or happy longer than people with the other variant.

“The extent to which we are connected, to which my emotions become your emotions, is stronger or weaker as a function of the serotonin transporter gene 5-HTTLPR,” Bradbury said.

“In the face of a negative event, your genes control how long your reaction lasts,” Karney said. “What we are showing in this paper is that if I have one form of this gene, I’m more responsive to my partner’s emotional states, and if I have the other form, I’m less responsive.”

“I think this creaks open a door,” Bradbury said, “to a field of psychology that helps people to realize that who they are and who their partner is, is actually in their biology. Who you are and how you respond to me has a lot to do with things that are totally outside your control. My partner’s biology is invisible to me; I have no clue about it. The more I can appreciate that the connection between who I am and who my partner is may be biologically mediated leads me to be much more appreciative of invisible forces that constrain our behavior.”

While the researchers suspect the role of 5-HTTLPR is important, they say there is probably a “constellation of important genes” that plays a role in how responsive we are to emotions.

“It’s much more complex than a single gene,” Bradbury said.

This research may imply that we should be forgiving of the behavior of a loved one and not demand that a spouse change her or his behavior, the psychologists said.

“If it’s so easy for you to tell your partner to change, perhaps you should just change yourself,” Bradbury said. “Go ahead and take that on, see how that goes.”

Bradbury and Karney are writing a book tentatively titled “Love Me Slender,” scheduled for publication next year, which connects one’s relationship with one’s physical health. Decisions we make about our health when we’re in a relationship are closely connected with our partner and his or her health, they argue.

Perhaps all this research is a reminder than when choosing a relationship, choose carefully and wisely — and even then, don’t expect it to be easy.