Dozens of atmospheric scientists, including three University of Washington faculty members, are taking part in what’s being described as one of the largest atmospheric field campaigns in decades.

The six-week Southeast Atmosphere Study, through July 15, includes scientists from more than 30 different institutions. Together they are studying how pollutants combine with natural vegetation emissions to affect climate and air quality in the Southeastern U.S.

Despite some thunderstorms the campaign is going well, said Dan Jaffe, an atmospheric sciences professor at UW Bothell. He is coordinating air measurements aboard a C-130 military transport plane operated by the National Science Foundation and the National Center for Atmospheric Research. 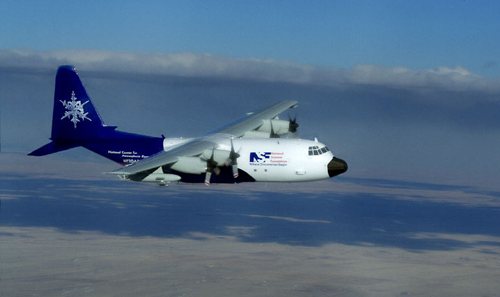 Flights out of Smyrna, Tenn., have gone as far as eastern Texas and central Pennsylvania, and above the coal-fired power plants of the Ohio River Valley. This week flights will go to the Atlantic coast and down to the Gulf of Mexico.

Jaffe leads a group conducting the first airborne survey of mercury emissions from U.S. coal plants. The multi-institutional team is deploying new instruments that can measure different forms of mercury from the ground all the way up into the upper atmosphere. Researchers hope to learn how to model mercury levels and forecast the effects of regulations.

At the research base outside Nashville, Lyatt Jaeglé, a UW professor of atmospheric sciences, has been running weather and pollution forecasts to help the team decide a few days beforehand where and when to fly to sample different kinds of air. Depending on the day the team may be sampling pollution plumes above cities such as Houston or Birmingham, Ala., or clean sea air. 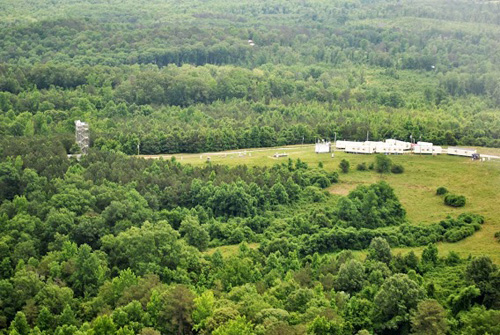 In recent years Jaeglé has developed theoretical models of how mercury moves from its source, reacts in the atmosphere and eventually ends up in the oceans and in the rain.

Meanwhile Joel Thornton, a UW associate professor of atmospheric sciences, is studying the dark side of molecules that give boreal forests their distinctive pine scent. On hot, sunny days the nitrogen oxides from tailpipes and smoke stacks react with those pine-scented molecules to produce ground-level ozone, otherwise known as smog.

Plant emissions and pollution also can combine to form light-colored aerosols that reflect sunlight. Some people think this explains why the Southeast has experienced less warming in recent decades than the rest of the country.

A device developed in Thornton’s lab is flying on the P-3 “hurricane hunter” military aircraft operated by the National Oceanic and Atmospheric Administration. A second identical instrument sits at a forest field station in Centreville, Ala. Both capture precise measurements of vegetation particles, pollution, and combinations of the two.

Thousands of chemical reactions make particles appear or disappear, Thornton said. Understanding even one of those compounds requires a broad approach.

“The more variables that are measured simultaneously, the better,” Thornton said. “Large, collaborative field campaigns, where many meteorological and chemical variables are measured together, are the best way to make progress.” 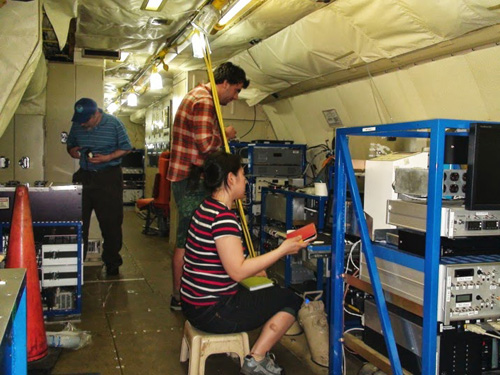 Other research groups this summer are collecting measurements on the ground, taking simultaneous measurements with two smaller planes, and using a 150-foot-tall structure to sample within and above the forest canopy.

“I’m sure this will lead to many years of research, analyzing all these different measurements that we will have collected,” Jaeglé said.