Having a Strong Community Protects Adolescents From Risky Health Behaviors

Children who grow up in poverty have health problems as adults. But a new study finds that poor adolescents who live in communities with more social cohesiveness and control get some measure of protection; they’re less likely to smoke and be obese as adolescents.

The new study, published in Psychological Science, a journal of the Association for Psychological Science, is part of a long-term examination of children growing up poor in rural upstate New York. The study was designed to discover, “What is it about poverty that leads to these negative outcomes?” says lead author Gary W. Evans, of Cornell University. He recruited the participants in the late 1990s, when they were 8 to 10 years old. About half grew up poor and the rest are from middle-income families. Evans and colleagues check in on them periodically to measure their health and exposure to risk factors, and the researchers are continuing to follow them. 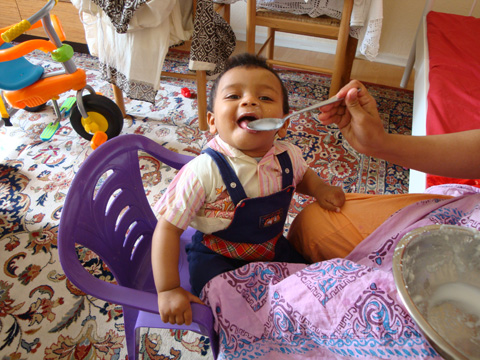 For this analysis, Evans worked with Rachel Kutcher, then a Cornell honors undergraduate, who was interested in studying how community affects health. When the people in the study were about 17 years old, the subjects and their mothers filled out surveys about social capital, a measure of how connected a community is and how much social control there is. For example, the mothers decided how much they agreed that “One of my neighbors would do something if they saw someone trying to sell drugs to a child or youth in plain sight,” and the adolescents indicated whether they had adults from whom they could ask for advice. The adolescents also completed surveys on behavior, including smoking, and had their height and weight measured.

As expected, adolescents from impoverished families were more likely to smoke and to have a higher body mass index (BMI), a measure of obesity, than adolescents from middle-income families. But poor adolescents who had more social capital were somewhat protected; they were less likely to smoke and tended to have lower BMIs than poor adolescents who didn’t have abundant social capital. “You may be able to loosen those connections between early childhood poverty and negative health outcomes if you live in a community with good social resources,” Evans says.

Adolescents in communities with more social capital may have better role models or mentors. Or perhaps in a more empowered community, where people feel comfortable stopping someone else’s bad behavior, the young people also feel less helpless as individuals. They might believe that “you have some control over what’s going to happen to you,” Evans says.

It’s an easy conclusion that increasing social capital might improve the lives of children in poverty. But Evans emphasizes that this won’t solve the health problems associated with impoverished living in childhood. Poor adolescents who live in communities with more social capital may be better off than other poor kids, but they’re still less healthy than their middle-income peers. “It’s not correct to conclude that, if you just improve social capital, then it would be ok to be poor,” Evans says. “Poverty is important.”

This work was funded by the W.T. Grant Foundation and the John D. and Catherine T. MacArthur Foundation Network on Socioeconomics Status and Health.