For the first time, researchers have analyzed the multitude of microorganisms residing in the human gut as a complex, integrated biological system, rather than a set of separate species. Their approach has revealed patterns that correspond with excess body weight.

The senior author of the paper, Elhanan Borenstein, assistant professor of genome sciences at the University of Washington, said, “Our research introduces a novel framework, applying systems biology and in-silico (computer) modeling to study the human microbiome – the complex ensemble of microorganisms that populate the human body – as a single cohesive system.”

Sharon Greenblum of the UW Department of Genome Sciences and Peter J. Turnbaugh of the FAS Center for Systems Biology at Harvard University were on the research team. Borenstein also holds an adjunct appointment at the UW’s Department of Computer Science & Engineering and is an External Professor at the Santa Fe Institute. 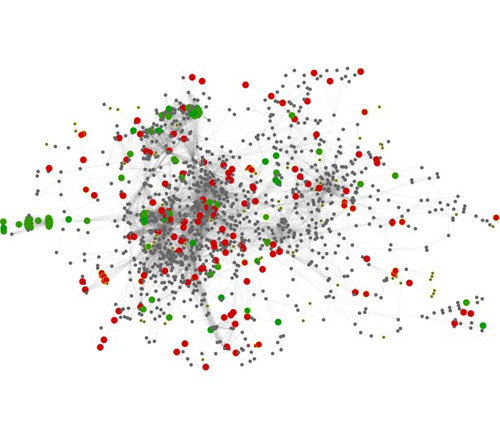 The team’s approach is to treat the human microbiome as a cohesive “supra-organism,” in which genes from multiple microbial species act in concert, as if they were part of a single organism.

People harbor more than 100 trillion microbes. These microbes live in various habitats on and within the human anatomy; the gut houses the densest population of all, containing hundreds of bacterial species. Their collective gene set is enormous: 150 times larger than the set of human genes.The gut microbiome helps keep us alive by manufacturing vitamins and the building blocks of proteins, extracting energy from food, and conferring disease resistance. 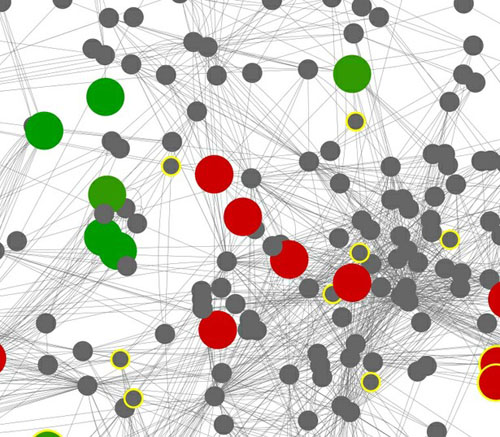 A zoom in on a section of the image shown above of a the gut microbiome community-level network. Image credit: Elhanan Borenstein

Previous research on the gut microbiome, including the transfer of a donor microbiome to a recipient, suggests that manipulation of the gut flora may have useful clinical applications.

“Characterizing the gut microbiome and its interactions with its human host has the potential to provide deep insight into normal human physiology and disease states,” said Greenblum, the first author on the paper.

Researchers have already observed that obese and lean people have differences in their gut microbiome. What preliminary findings are still missing, according to Borenstein, is a comprehensive, system-level understanding of how these variations in the genetic makeup of the microbiome affect its organization and consequently its metabolic potential (energy production, use and storage) and its effects on the human host.

Borenstein’s team obtained datasets derived from two previous studies describing the set of genes in the gut microbiomes of lean and obese individuals and patients with inflammatory bowel disease.

The team used advanced computational techniques to reconstruct models of these microbial communities and the interactions between the various genes. The group also estimated the change in abundance of enzymes associated with the various host states: lean, obese, or affected with inflammatory bowel disease.

Their models reflected metabolic interdependencies between enzymes, not their physical location in the gut. Certain interactions were central to the microbial community’s metabolism. However, those enzymes that typified obesity or leanness were mostly remote from the core network and its key metabolic functions. These enzymes worked in the periphery of the modeled network. These peripheral enzymes may represent metabolic first steps relying on substances not manufactured by the microbiome or end points releasing products not used by the microbiome, the researchers surmised. 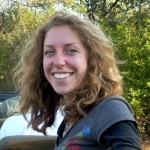 Such enzymes, Borenstein explained, are likely to directly use or produce substances that characterize the gut environment, and form an interface between microbial and human metabolism.

“Our results suggest that the enzyme-level variation associated with obesity and inflammatory bowel disease relates to changes in how the microbiome interacts with the human gut environment, rather than a variation in the microbiome’s core metabolic processes,” Borenstein said.

He said other findings point to the obese microbiomes’ potential ability to use diverse energy sources, which may account for their increased capacity to extract energy from the diet. This system approach also suggests possible biomarkers for obesity and inflammatory bowel disease. The markers may indicate common underlying triggers of disease or a response of the gut microbiome to disease.

Comparisons between the obese and lean microbiome network models also showed that obese microbiomes are associated with lower levels of a topological trait called “modularity.” The reduced modularity of obese microbiome communities resembles that of single species that inhabit more constant environments.

While the associations drawn from the study may not clearly implicate a specific mechanism for complex and poorly understood diseases such as obesity and inflammatory bowel disease, Borenstein noted that they demonstrate the promise of using a systems biology approach to study the human microbiome and its contribution to human health.

The research was funded by the National Human Genome Research Institute, the National Institutes of Health, and the Alfred P. Sloan Foundation.