Watch out, acne. Doctors soon may have a new weapon against zits: a harmless virus living on our skin that naturally seeks out and kills the bacteria that cause pimples.

The new findings by scientists at UCLA and the University of Pittsburgh are published in the Sept. 25 online edition of the American Society for Microbiology’s journal mBio.

“Acne affects millions of people, yet we have few treatments that are both safe and effective,” said principal investigator Dr. Robert Modlin, chief of dermatology and a professor of microbiology, immunology and molecular genetics at the David Geffen School of Medicine at UCLA. “Harnessing a virus that naturally preys on the bacteria that cause pimples could offer a promising new tool against the physical and emotional scars of severe acne.” 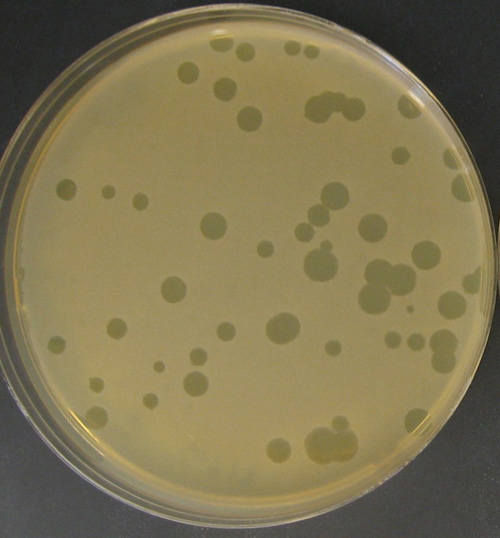 The scientists looked at two little microbes that share a big name: Propionibacterium acnes, a bacterium thriving in our pores that can trigger acne, and P. acnes phages, a family of viruses that live on human skin. The viruses are harmless to humans but are programmed to infect and kill the aforementioned P. acnes bacteria.

“We know that sex hormones, facial oil and the immune system play a role in causing acne; however, a lot of research implicates P. acnes as an important trigger,” explained first author Laura Marinelli, a UCLA postdoctoral researcher in Modlin’s laboratory. “Sometimes they set off an inflammatory response that contributes to the development of acne.” 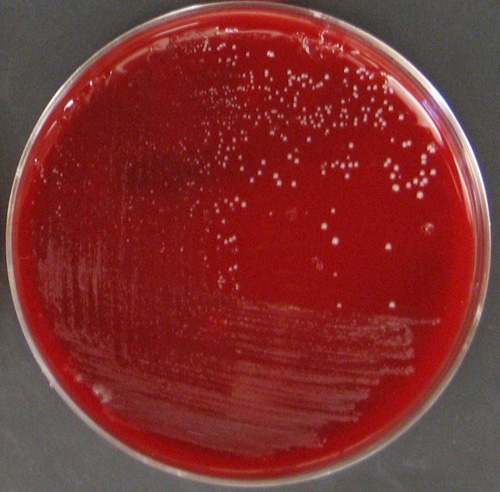 Using over-the-counter pore-cleansing strips, the researchers lifted acne bacteria and the P. acnes phages from the noses of both pimply and clear-skinned volunteers.

When the team sequenced the phages’ genomes, they discovered that the viruses possess multiple features — such as small size, limited diversity and the broad ability to kill their hosts — that make them ideal candidates for the development of a new anti-acne therapy.

“Our findings provide valuable insights into acne and the bacterium that causes it,” said corresponding author Graham Hatfull, Eberly Family Professor of Biotechnology and professor of biological sciences at the University of Pittsburgh and a Howard Hughes Medical Institute researcher. “The lack of genetic diversity among the viruses that attack the acne bacterium implies that viral-based strategies may help control this distressing skin disorder.” 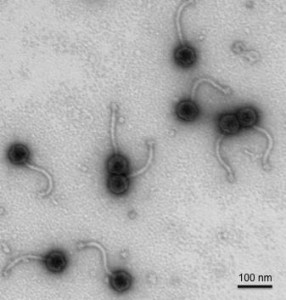 “Phages are programmed to target and kill specific bacteria, so P. acnes phages will attack only P. acnes bacteria but not others like E. coli,“ Marinelli added. “This trait suggests that they offer strong potential for targeted therapeutic use.”

So why, if the phages naturally attack the P. acnes bacteria, do people still get acne? One hypothesis, the researchers say, is that those with healthy skin may have a population of phages that helps keep the P. acnes bacteria in check, while in others, the phage activity is insufficient to prevent the bacteria from aggravating the immune system.

Acne affects nearly 90 percent of Americans at some point in their lives, yet scientists know little about what causes the disorder and have made narrow progress in developing new strategies for treating it. Dermatologists’ arsenal of anti-acne tools — benzoyl peroxide, antibiotics and Accutane — hasn’t expanded in decades.

“Antibiotics such as tetracycline are so widely used that many acne strains have developed resistance, and drugs like Accutane, while effective, can produce risky side effects, limiting their use,” said co-author Dr. Jenny Kim, director of the UCLA Clinic for Acne, Rosacea and Aesthetics. “Acne can dramatically disfigure people and undermine their self-esteem, especially in teens. We can change patients’ lives with treatment. It’s time we identified a new way to safely treat the common disorder.”

The research team plans to isolate the active protein from the P. acnes virus and test whether it is as effective as the whole virus in killing acne bacteria. If laboratory testing proves successful, the researchers will study the compound’s safety and effectiveness in combating acne in people.