COLUMBIA, Mo. — Nations that have freedom of information (FOI) laws in place tend to have lower incidents of corruption than those with no similar laws, a new University of Missouri study found. In comparing data from 168 countries, Edson Tandoc, Jr., a doctoral candidate in the MU School of Journalism also found that having an FOI law is linked to higher levels of human development. He says governments of many countries enact FOI laws in an effort to stop corruption, but while FOI laws work to reduce corruption over time, they are not a quick fix.

“Because it takes years for these laws to become fully effective, FOI laws should not be considered only as a corrective measure,” Tandoc said. “Countries without FOI laws should not wait for corruption to strike before they get serious about passing these laws because they will not cure the problems overnight.” 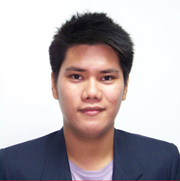 Tandoc compared 2010 data from the United Nation’s Human Development Index, Transparency International’s corruption perception index, and the Center for Law and Democracy’s FOI ratings to empirically test the assumed anti-corruption benefits of having an FOI law. He found the older an FOI law in a country is, the more the country tends to have lower corruption levels.

“The study shows the importance of enacting FOI laws sooner rather than later,” Tandoc said. “However, countries whose FOI implementation is rated to be effective also tend to be perceived as having high corruption levels. This means that in many countries with new FOI laws, the law is instituted not as a preventive measure but to address ongoing problems. The right to information should be used as a form of regular check on the government to prevent abuses instead of being considered as a last resort when corruption has already worsened.”

Tandoc’s study, supervised by Charles Davis, an associate professor in the MU School of Journalism, won first place in the Moeller Student Competition of the Mass Communication and Society Division for the 2013 Association for Education in Journalism and Mass Communication (AEJMC) conference to be held in August.