COLUMBIA, Mo. – The 2013 Missouri Hunger Atlas, issued by the University of Missouri’s Interdisciplinary Center for Food Security, shows that more than one in five Missouri households with children are food insecure, meaning they worry about not having enough food. One author of the Hunger Atlas said that patterns in Missouri reflect what is happening at the national level, and offers suggestions for actions from government policy makers and individuals to provide some relief.

“The percentage of Missouri’s population that is food insecure has grown from an average of 8.6 percent during the 1999-2001 period to 16 percent during the 2009-2011 period,” said Sandy Rikoon, the director of the MU Interdisciplinary Center for Food Security and co-author of the Hunger Atlas. “Many of our findings – including deeper food insecurity rates in inner cities and rural areas, and greater lack of participation in food programs in some highly populated regions near urban centers – are comparable to national trends. We also found an increase in the number of households that experience hunger in the form of reduced meal portions, skipped meals and other reductions.”

The 2013 Missouri Hunger Atlas charts food insecurity and hunger on a county-by-county basis. Counties with the highest percentage of need remained concentrated in the south central and southeast regions of Missouri, but Rikoon and his team found significant increases in St. Louis and parts of southwest and north central Missouri.

“In Missouri, 2.3 percent of the population was classified as ‘food insecure with hunger’ 10 years ago,” Rikoon said. “Over the past three years, that number has nearly tripled to 6.7 percent. An alarming dimension of this trend is that Missourians aren’t only concerned about having sufficient food; a higher percentage of residents are now unable to satisfy household needs through existing public and private sector programs.” 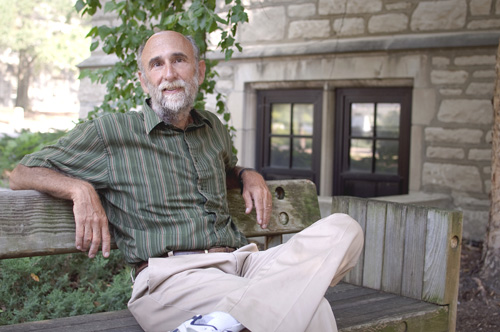 Sandy Rikoon, author of the Missouri Hunger Atlas. Rikoon and his colleagues have just released the 2013 Missouri Hunger Atlas, which shows that more than one in five Missouri households with children are food insecure. Rikoon said that Missouri mirrors many of the trends related to hunger found throughout the United States. Image credit: University of Missouri

A new component of the Hunger Atlas this year is “food affordability,” which Rikoon and his team define as the percent of income needed to support the household’s minimum food needs.

“Some families in Missouri would need to greatly increase their income to have enough money to purchase food,” Rikoon said. “However this isn’t the only problem. Families with less income often have to make tradeoffs between buying food and paying for other important necessities such as housing and medical expenses.”

More than $1.4 billion was spent in Missouri in 2012 to ensure that people would have enough to eat. However, Rikoon says that amount isn’t covering the economic cost of food insecurity and hunger.

“While Missouri does have a significant amount of assistance, it only covers about 40 percent of the costs of food insecurity,” Rikoon said. “It’s also important to note that officials in other states are looking at the Missouri Hunger Atlas and using our methods to track what is happening in their local communities concerning food security.”

The 2013 Missouri Hunger Atlas is available online at: https://foodsecurity.missouri.edu/projects/missouri-hunger-atlas-2013/