Matthew Green is an assistant professor of physics at NC State. He was involved in a multi-institutional research project aimed at detecting a process called Coherent Elastic Neutrino Nuclear Scattering (CEvNS). The project was successful, and its findings appear in Science. Matthew agreed to a Q&A with The Abstract on the project and its results.

The Abstract: What is a neutrino? What can studying neutrinos tell us about the universe?

Green: Neutrinos are some of the basic elementary particles that make up our universe. In terms of number, they are more abundant than all of the other matter particles in our universe combined. They have tiny tiny masses, less than one-millionth of the mass of electrons; they’re so small in fact that to this point we still haven’t been able to measure them exactly, only establish upper bounds on them. In the last 20 years it’s been established that though they’re tiny, their masses aren’t zero (unlike photons, the particles that make up light). Why neutrinos are so light is somewhat of a mystery, and may point to new physics that could explain why we live in a universe that has so much matter in it and so little anti-matter, when our current understanding says that matter and antimatter should have been produced in equal amounts early on, and wiped each other out as our universe evolved. 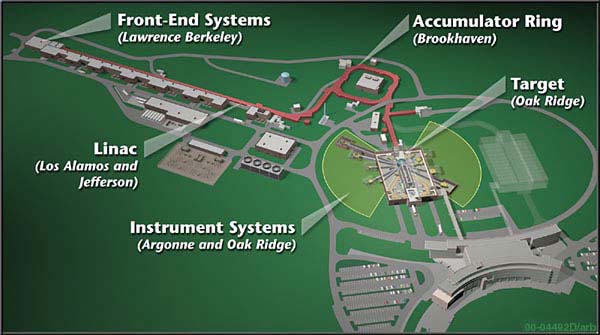 TA: Why are neutrinos so hard to detect?

Green: Of the four fundamental forces that describe how particles interact with each other (electromagnetism, strong force, weak force, gravity), neutrinos only interact via the appropriately named weak force and the (even weaker) gravitational force. Because of this, neutrino interactions with matter are rare; trillions of neutrinos from the sun pass through your body every second, and nearly all of these will travel through you, and through the Earth, completely unabated. If you wanted to build a wall of steel to shield yourself from the neutrinos the sun emits, it would need to be over a light-year (~6 trillion miles) thick!

TA:  You were involved in a project to build a smaller neutrino detector – how does this new detector differ from those used previously?

Green: Our goal was to detect for the first time a process called Coherent Elastic Neutrino Nuclear Scattering (CEvNS), in which a neutrino collides with an atomic nucleus and if the conditions are right (the neutrino’s energy is low enough) the neutrino interacts with the entire nucleus at once instead of a single proton or neutron in the nucleus. As a result the cross section for this interaction (a particle physics measure of how likely an interaction is to occur) is huge ­– relative to neutrinos anyway. The problem is that the only way to detect the interaction is by looking for the signature of the nucleus that gets knocked out of place by the neutrino. Since the neutrino has to be low in energy, the recoiling nucleus has to be even lower; imagine tossing a ping-pong ball at a bowling ball and looking for the bowling ball to move. If you can build a detector that is capable of measuring low-enough energy nuclear recoils, then that detector can be quite small (ours in this work weighs around 30 pounds) but can still detect neutrinos through this CEvNS process.

TA:  What was your involvement in the project? The most memorable aspect of the work?

Green: One of the predictions the Standard Model makes for the CEvNS interaction is how the cross section should change from one target nucleus to the next. For that reason, we are deploying a set of different detectors made from different materials so we can test that prediction. At NC State, we are assembling a set of germanium-based detectors normally used to detect gamma-ray radiation, which will be deployed at the Spallation Neutron Source (SNS) located at Oak Ridge National Labs later this year. These germanium detectors, besides being a different target material, will let us measure the CEvNS process with improved precision.

TA:  Were there any surprising findings from the detector? What questions will you be trying to answer going forward?

Green: Our measurement of CEvNS was, within the uncertainties of the measurement, what was predicted by our understanding of neutrinos and particle physics, so nothing terribly surprising there. What was most surprising to us was just how great of an experimental location the Spallation Neutron Source was for us. We were able to identify a location in the SNS target building where we are close to where the neutrinos are created, so we get lots of neutrinos flying through our detectors, but also where there is a lot of shielding from other high-energy particles created in the target that would overwhelm our detectors and make it difficult to see the neutrino signals that we’re looking for. We were able to make a better measurement than we thought possible, and are very excited for the measurements that we’ll be able to make there in the near future.