COLUMBIA, Mo. ­— Around the world, more than 850 million people use Facebook regularly to communicate. More and more employers also are using Facebook as a way to examine potential employees before making hires. Now, researchers at the University of Missouri have found that comments left by users on Facebook profile pictures strongly affect the level of perceived attractiveness of the profile owner physically, socially, and professionally.

Facebook profile photos are the first photos visible on a user’s profile. Other Facebook users are able to post comments about each profile photo, which are visible to anyone who views the photo. MU researchers found that Facebook users whose profile photos include social cues, additional information about the user, and many positive comments on their profile photos are viewed much more socially and physically attractive than users who have fewer social cues and negative comments on their profile photos. Seoyeon Hong, a doctoral student, conducted the research along with Kevin Wise, an associate professor at the University of Missouri School of Journalism and other doctoral students. 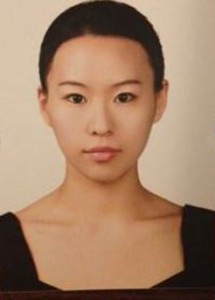 For the study, Hong showed different Facebook profile pictures of the same person to more than a hundred college students. Each picture varied in social cues and the quality of comments. Profile photos with social cues are photos of the profile user that include additional information about who they are and what they do. For example, a photo with a social cue of an athlete would be a picture of that person playing sports. Likewise, a social cue for a musician may be a photo of that person playing an instrument. Hong and Wise found that people with Facebook profile photos that include social cues were perceived to be more physically and socially attractive than people with profile photos that were plain headshots.

“These findings show how important it is to present yourself strategically on Facebook,” Hong said. “If you want to be perceived positively by people who view your profile page, including friends and potential employers, it is important to include profile pictures with positive social cues. No matter what the profile owner does to tailor their Facebook page, comments left on their page from other users should be monitored as well. Positive comments are very helpful, but negative remarks can be very damaging, even if they are silly or sarcastic. To maximize the effects of positive self-presentation on Facebook, I would recommend using profile pictures with extensive social cues to show who and what you are in a positive way while also keeping track of what others say about you.”

The study was published in the journal Cyberpsychology, Behavior, and Social Networking.