In the wake of a mass extinction like the one that occurred 445 million years ago, a common assumption is that surviving species tend to proliferate quickly into new forms, having outlived many of their competitors.

The discovery challenges the idea that explosive evolution quickly follows mass extinctions. In the absence of competition, the common theory goes, surviving species hurry to adapt, evolving new physical attributes to take advantage of newly opened niches in the ecosystem. But that’s not what researchers found in the fossil record of graptoloid evolution. 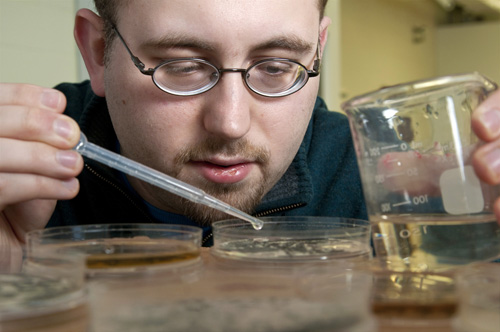 UChicago graduate student David Bapst is analyzing the surprising pattern of evolution that graptolites exhibited in response to one of Earth’s greatest mass extinctions 445 million years ago. The graptolites that immediately survived the cataclysm exhibited less diversity in physical traits than those that went extinct. Photo by Lloyd DeGrane

“What we found is more consistent with a different theory, which says you might expect an evolutionary lag as the ecosystem reforms itself and new interspecies relationships form,” said University at Buffalo geology professor Charles E. Mitchell, who led the research.

The research provides insight on how a new mass extinction, possibly one resulting from man-made problems such as deforestation and climate change, might affect life on Earth today.

“How would it affect today’s plankton? How would it affect groups of organisms in general?” asked the paper’s lead author, David W. Bapst, a PhD candidate at the University of Chicago, who studied with Mitchell as an undergraduate.

“The general motivation behind this work is understanding how extinction and evolution of form relate to each other, and the fossil record is the only place where we can do these sort of experiments across long spans of time,” Bapst said. 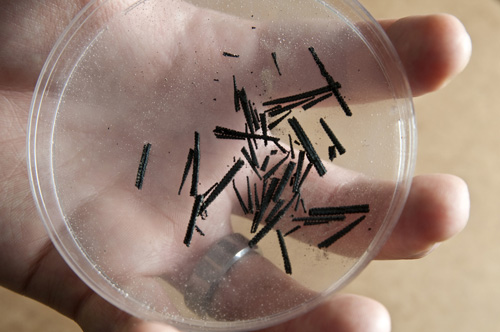 This petri dish contains fossil graptolites, a group of long-extinct plankton. These particular colonies belong to the diplograptine species Geniculograptus typicalis, which floated in a shallow ocean that covered Ohio about 449 million years ago. “We don’t know much about their ecology, but their fossil record is extremely detailed,” said UChicago’s David Bapst. Photo by Lloyd DeGrane

The research on graptoloids is scheduled to appear this week (Feb. 13) in the online Early Edition of the Proceedings of the National Academy of Sciences.

Graptoloids are an extinct zooplankton that lived in colonies. Because the animals evolved quickly and had a wide geographic range, their fossil record is rich — a trove of information on how species diversify.

Bapst, Mitchell and their colleagues examined two different groups of graptoloids in their study: neograptines and diplograptines. Each kind lived during the Ordovician mass extinction that began about 445 million years ago, but only neograptines survived.

A colony of Monograptus priodon, a neograptine graptolite species that arose after the Ordovician mass extinction. Neograptines, a form of zooplankton, did not rapidly evolve new physical traits until about 2 million years after the extinction event. The specimen measures approximately one millimeter (four hundreds of an inch) wide. Image courtesy of Charles Mitchell/University at Buffalo

With diplograptines gone after the Ordovician mass extinction, neograptines had a chance to recover in an environment free of competitors.

According to the popular ecological release hypothesis, these circumstances should have led to a burst of adaptive radiation. In other words, without competition, the neograptines should have diversified rapidly, developing new physical traits — new colonial architectures — to take advantage of ecological niches that the diplograptines once filled.

But that’s not what the researchers found. 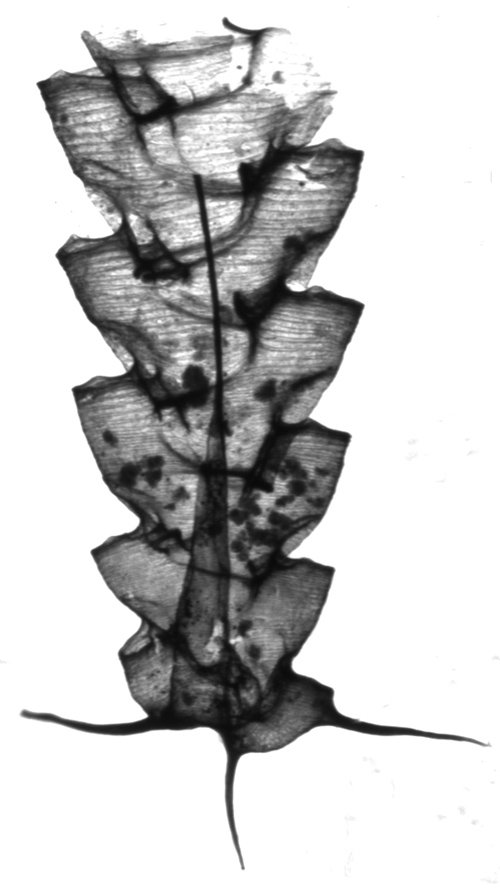 A colony of Rectograptus intermedius, a diplograptine graptolite species that thrived before the Ordovician mass extinction. Graptolites were able to secret a collagen-like substance that they could then shape into tubes (each about half a millimeter wide), spines and other shapes. Paleontologists have studied fossil graptolites, which are found the world over, for more than 150 years. Image courtesy of Charles Mitchell/University at Buffalo

To test the adaptive radiation idea, they analyzed the colony forms of 183 neograptine and diplograptine species that lived before, during or after the Ordovician mass extinction — a total of 9 million years of graptoloid history.

This wealth of data enabled the team to track graptoloid evolution with more precision than past studies could. What the researchers discovered looked nothing like adaptive radiation.

Almost immediately following the Ordovician mass extinction, new neograptine species proliferated, as expected. But according to the study, these new species displayed only small changes in form or morphology, not the burst of innovation the release hypothesis predicts. In fact, graptoloids had been evolving new physical traits at a more intensive pace before the extinction event. 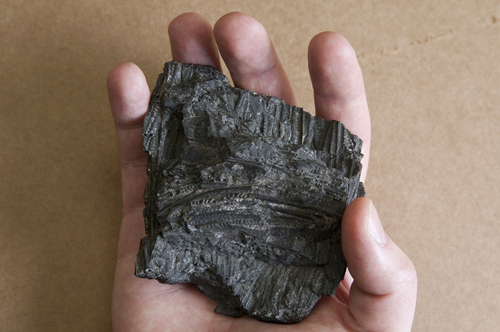 After graptolites died, they collected at the bottom of the ocean for millions of years, becoming encased in rocks like this one. Paleontologists dissolve the rock around the graptolites to remove and examine individual colonies. This nodule contains the neogrpatine species Monograptus instrenuus, collected by Alf Lenz, University of Western Ontario. Photo by Lloyd DeGrane

The lag supports a type of evolution that argues that interactions between co-evolving species help foster diversification. Because such relationships likely take time to develop in a recovering ecosystem, an evolutionary lag of the kind the graptoloid study detected should occur in the wake of a mass extinction.

Another possible explanation is that newly appeared graptoloid species may have differed in ways outside of physical traits, a phenomenon that biologists refer to as non-adaptive radiations. A third possibility is that graptoloids may have experienced evolutionary lag due to their complex mode of growth.

Besides investigating how neograptines fared after the extinction event, the team also analyzed whether colony form alone could explain why neograptines survived the mass extinction while diplograptines disappeared. The scientists concluded that this was unlikely, suggesting a role for other factors such as possible differences in the preferred habitat of the two groups.