Evolving to Fight Epidemics: Weakness Can Be an Advantage

When battling a deadly parasite epidemic, less resistance can sometimes be better than more, a new study suggests.

A freshwater zooplankton species known as Daphnia dentifera endures periodic epidemics of a virulent yeast parasite that can infect more than 60 percent of the Daphnia population.

During these epidemics, the Daphnia population evolves quickly, balancing infection resistance and reproduction.

A new study reveals that the number of vertebrate predators in the water and the amount of food available for Daphnia to eat influence the size of the epidemics and how these “water fleas” evolve during epidemics to survive. 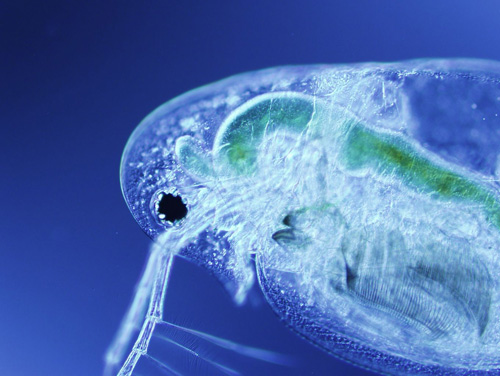 A Daphnia dentifera in the early stages of infection by a virulent yeast parasite. Image credit: Meghan Duffy

The journal Science published the results in this week’s issue. The National Science Foundation (NSF) and the James S. McDonnell Foundation supported the research.

“This study is a great example of why the most obvious response to disease, increased resistance, may not be the best solution,” says Saran Twombly, program director in NSF’s Division of Environmental Biology.

“When populations are stressed by other factors such as food or predators, remaining susceptible to a disease is the best route to long-term success.” 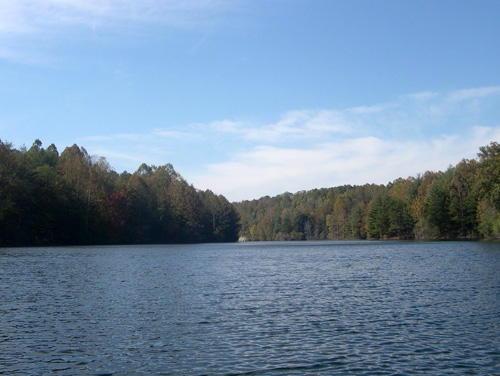 The study shows lakes with high nutrient concentrations and lower predation levels exhibit large epidemics, and the yeast in the water, Metschnikowia bicuspidata, has less effect on Daphnia as the Daphnia become more resistant to infection.

However, in lakes with fewer resources and high predation, epidemics remain small and Daphnia evolve increased susceptibility to the parasite.

“It’s counterintuitive to think that hosts would ever evolve greater susceptibility to virulent parasites during an epidemic, but we found that ecological factors determine whether it is better for them to evolve enhanced resistance or susceptibility to infection,” said the paper’s lead author Meghan Duffy, a biologist at Georgia Tech.

“There is a trade-off between resistance and reproduction because any resources an animal devotes to defense are not available for reproduction. When ecological factors favor small epidemics, it is better for hosts to invest in reproduction rather than defense.” 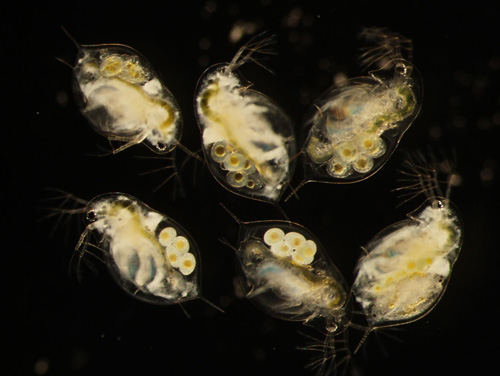 For the study, the researchers monitored the levels of nutritional resources, predation and parasitic infection in seven Indiana lakes on a weekly basis for a period of four months.

They calculated infection prevalence on live hosts using established survey methods, estimated resources by measuring the levels of phosphorus and nitrogen in the water, and assessed predation by measuring the size of uninfected adult Daphnia. 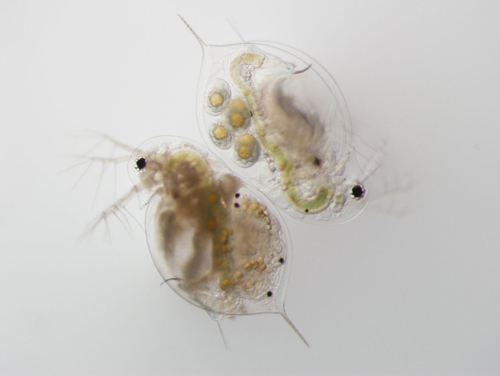 The researchers also conducted infection assays in the laboratory on Daphnia collected from each of the seven lake populations at two time points: in late July before epidemics began and in mid-November as epidemics waned

The assays measured the zooplankton’s uptake of Metschnikowia bicuspidata and the infectivity of the yeast once consumed.

The infection assays showed a significant evolutionary response of Daphnia to epidemics in six of the seven lake populations. 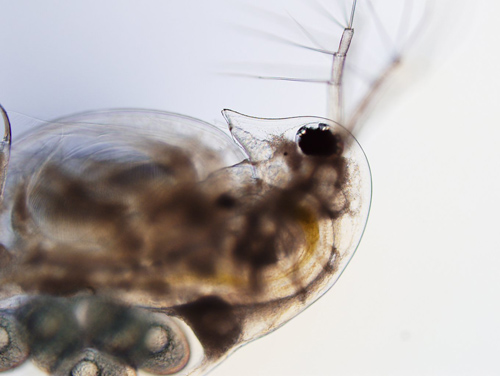 The hosts in the seventh lake did not show a significant change in susceptibility, but trended toward increased resistance.

In the six lake populations that showed an evolutionary response, epidemics were larger when lakes had lower predation and higher levels of total nitrogen.

The study’s combination of observations, experiments and mathematical modeling supports the researchers’ theoretical prediction that when hosts face a resistance-reproduction tradeoff, they evolve increased resistance to infection during larger epidemics and increased susceptibility during smaller ones. 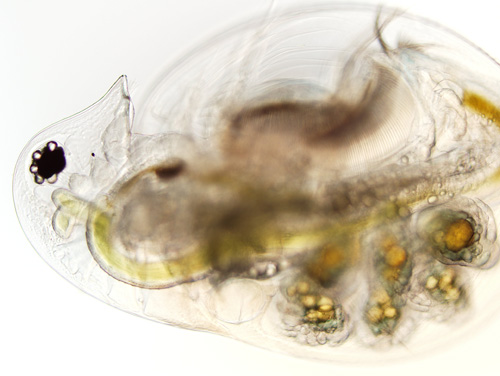 A healthy Daphnia dentifera individual. Gold and green ovals on her back are embryos. Image credit: Meghan Duffy

Ultimately, ecological gradients, through their effects on epidemic size, influence evolutionary outcomes of hosts during epidemics.

“While the occurrence and magnitude of disease outbreaks can strongly influence host evolution, this study suggests that altering predation pressure on hosts and productivity of ecosystems may also influence this evolution,” says Duffy.

The team plans to repeat the study this summer in the same Indiana lakes to look at whether the relationships between ecological factors, epidemic size and host evolution they found in this study can be corroborated.