Discounts tied to buying large quantities of virtual goods have little impact on profitability and do not increase the number of customers making purchases, according to economists at the University of Chicago.

The findings come from a field experiment of more than 14 million players of mobile games by King Digital Entertainment, maker of Candy Crush Saga. For the study, researchers offered a range of quantity discounts on virtual goods, which players buy for use within a video game. 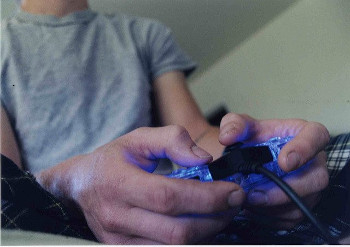 The results of the study by UChicago economists Steven Levitt, the William B. Ogden Professor of Economics, and John List, the Homer J. Livingston Professor of Economics, were published on July 5 in Proceedings of the National Academy of Sciences. Co-authors of the paper were Susanne Neckermann, an assistant professor at Erasmus University, and David Nelson of King.

“I think there is a lot to gain from partnerships between cutting edge firms and academic researchers,” Levitt said. “Many firms are now doing randomized experiments, but mostly testing incremental changes. This project was an example of using experimental methods to test a much more radical shift in strategy.”

The researchers and King conducted the field experiment together, with the results made available to the scientific community. Such partnerships remain rare, but hold increasing value in an era of big data in which companies generate large, real-time data sets.

“A good way to define firms is that they are a black box where interesting economic facts reside,” List said. “Experimental partnerships with firms allow scientists to unlock these deeply held mysteries.”

King’s games for smart phones, tablets and other devices are free to users. The company generates revenue through in-game purchases such as gold bars, which can be redeemed to advance more quickly through a game.

Traditionally, King has used a simple pricing strategy with minimal discounts for buying large quantities of gold bars. For the study, researchers designed a series of quantity discounts, which were offered to different groups of customers for a three-month period. In the most extreme intervention, players were offered a more than 60 percent discount for intermediate-size purchases and a more than 70 percent discount for large-size purchases.

Analysis of players’ responses to the discounts show that:

The researchers said their findings challenge traditional theoretical thinking on quantity discounts, particularly that such practices increase company profitability. The experiment came at essentially no cost to King, requiring a minimal number of employee hours to execute.