The world will face many challenges over the coming decades, not least among them environmental challenges. On the heels of Earth Day, we asked three leading researchers at the U to answer three questions for us in their specialties of sustainable agriculture, environmental justice, and economics and ecology.

Here’s what they had to say:

Jon Foley is the director of the U’s Institute on the Environment, which discovers solutions to Earth’s most pressing environmental problems. 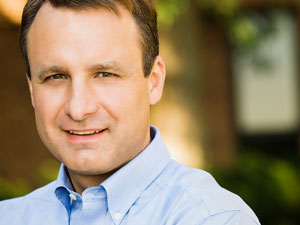 Jon Foley, director of the U's Institute on the Environment. Image credit: University of Minnesota

What’s the biggest challenge facing Earth in the next 20 years?
Can we feed our growing world while still protecting our planet’s environment?

This is an incredible, two-part challenge. First, over the coming decades we have to figure out how to feed what will be 9 billion people (by 2050) who increasingly want to eat Western, meat-rich diets—likely demanding that we double the world’s food supply. At the same time, we have to make the world’s agriculture truly sustainable, massively reducing the agriculture’s effect on climate change, water pollution, biodiversity loss, and other forms of environmental degradation.

What will it take to solve it?
Our current approach to food production has basically been “grow more, at any cost,” and that’s just not going to work anymore. We also need to think about radical improvements in resource efficiency, changes in diet, biofuel strategies, and reducing waste throughout the global food system.

What can we do to help?
We can obviously do things in our daily lives that can help—eating less meat, making sure we don’t waste food, being mindful of how our food system works, etc. But we also need to make sure our choices scale up to match the size of the problem. So I also encourage people to think about collaboration and innovation. How can actions translate from our households, our schools and companies, all the way up to governments and policy?

JON FOLEY ON TED: Little more than a week after it was featured at the popular TED.com, more than 200,000 people have watched Jon Foley’s presentation about the coming demands on food production. Learn more and watch the video at IonE. 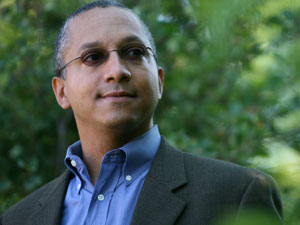 What’s the biggest challenge facing Earth in the next 20 years?
The biggest challenge facing Earth is inequality. Specifically, inequality across class, race, gender, nationality, and species is the primary driver of our ecological crises. From a social science perspective, I see the environmental crisis as a social problem that is rooted in the deep and growing inequalities of power across each of these categories. For example, research by economists demonstrates that societies exhibiting higher levels of economic and political inequality are characterized by higher overall ecological harm, and the reverse is true for societies with greater egalitarian structures. So if we approach this issue through a purely ecological lens, not only do we ignore the social basis of these problems, we implicitly accept the “techno-fix” orientation that much of the environmental movement has embraced for the past four decades.

Consider the fact that, according to leading scientists, damage to ecosystems over the last 50 years was more severe than during any other time in history. That’s not primarily a result of less than adequate regulation; it’s a result of a stark imbalance of power in our society. If you have any doubts about this, remember that most of us agree that climate change is a serious problem that places the earth and its inhabitants in great peril. But its negative consequences will undoubtedly fall disproportionately on poor people, communities of color, and poverty-stricken nations. Many policymakers refuse to take serious action because some are so heavily influenced by powerful economic and political institutions that have little interest in addressing this problem in the short run.

What will it take to solve it, and what can we do to help?
Join and support organizations working for greater egalitarianism and democracy. We can accomplish a great deal as individuals, but we can do so much more when we work together.

The author of Garbage Wars, Pellow’s research concerns the downside of many environmental issues as well as the likely effects of global climate change among communities and nations rich and poor. Learn more at David Pellow.

Stephen Polasky is a professor of ecological and environmental economics who brings economic analysis to ecological problems. 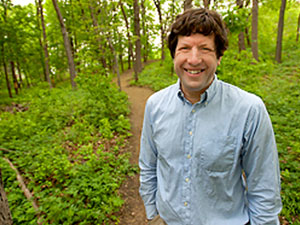 What’s the biggest challenge facing Earth in the next 20 years?
Aligning economics and the environment. In essence, you get what you pay for. And right now we don’t pay for the most valuable things that nature provides us. While getting something for nothing sounds good, the long-term story is unlikely to have a happy ending. By not paying for what we value, we don’t provide incentives to maintain the environment and will likely lose what nature currently provides for free. For example, the farmer gets paid for crops, but not to reduce pesticides or nutrients that pollute nearby rivers; and the utility gets paid for electricity, but not to reduce carbon dioxide that contributes to climate change. We end up with cheap food and electricity today, but a legacy of toxins and pollution that threaten tomorrow.

What will it take to solve it?
The set of market-driven economic incentives has been spectacularly successful at increasing the value of market goods but spectacularly unsuccessful at protecting the environment. We don’t have to continue down this path. The University of Minnesota is a partner in The Natural Capital Project, which develops integrated assessments to align our economic system with Earth’s systems. We have to make the connection—that the economy and the environment are interconnected.

What can we do to help?
We can all help by thinking about what we buy and whether it reflects our values. And by moving government to adopt policy that rewards environmental protection. For some—students, current and future—they can get personally involved in research that integrates natural science and economics.

Learn more about Stephen Polasky, who was elected to the National Academy of Sciences in 2010.