Amateur astronomers are about to make observations that will affect current and future space missions to asteroids.

Some will use custom-made, often automated telescopes equipped with CCD cameras in their backyards. Others will use home computers to make remote observations with more powerful telescopes states or continents away. Many belong to leading national and international amateur astronomy organizations with members ranging from retirees to school kids.

Researchers on NASA’s robotic asteroid sample return mission, OSIRIS-REx, are turning to amateur astronomers for new data on near-Earth asteroids in a citizen science observing campaign called Target Asteroids! The campaign starts in this month and will last at least to the end of this decade. 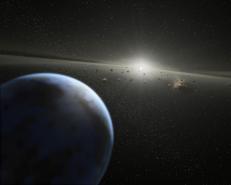 An artist's impression of the asteroid belt, a region between the inner planets and outer planets where thousands of asteroids are found orbiting the sun. (Illustration: NASA/JPL-Caltech/T. Pyle (SSC))

The full name of the OSIRIS-REx mission is Origins Spectral Interpretation Resource Identification Security – Regolith Explorer. The OSIRIS-REx spacecraft is to launch in 2016, reach a well-characterized primitive asteroid called 1999 RQ36 in 2019, examine that body up close during a 505-day rendezvous, then return at least 60 grams of it to Earth in 2023.

“Asteroids are a rich and accessible historic archive of the origin of our solar system and life, a valuable source of mineral resources, and potentially hazardous Earth impactors that civilization must learn to deal with,” said OSIRIS-REx Principal Investigator Dante Lauretta of the University of Arizona. “Our mission will address all these issues.”

1999 RQ36 – a 500-meter-diameter, dark carbonaceous asteroid – is difficult for even powerful Earth-based telescopes to observe at this time because it is distant from Earth.

Amateur astronomers are asked to observe asteroids selected because they are in near-Earth orbits that can be reached by current-generation spacecraft and are at least 200 meters in diameter, said Target Asteroids! scientist Carl Hergenrother, head of the OSIRIS-REx astronomy working group.

Precise orbits, sizes, rotation rates, physical composition and other important characteristics for these asteroids are largely unknown. Seventy-four asteroids are listed now, but the list will grow as observers get more information on known asteroids and discover new ones, Hergenrother said. 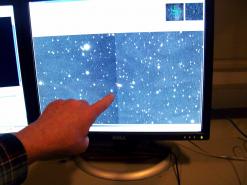 “These will be challenging objects to observe because they are very faint,” said Target Asteroids! coordinator Dolores Hill of the OSIRIS-REx education and public outreach program. “Amateur astronomers may have to make what are called ‘track and stack’ observations,” a technique that acquires and adds multiple short images.

“One of the major goals of having amateur astronomers on board is they can observe these objects every night, unlike professional astronomers who may get to telescopes once every few nights, or more typically once a month or every three months,” Hergenrother said.

People don’t need to own their own telescopes or live under clear skies to work on Target Asteroids!, Hergenrother and Hill emphasized.

For not much money, observers can now go online and sign up to use a growing network of quality robotic telescopes sited at some of the choicest astronomical spots in the country, they added.

Scientists will compare data from amateur and professional astronomers’ ground-based observations with data from OSIRIS-REx spacecraft instruments to learn more about Earth-crossing asteroids and identify likely candidates for future asteroid missions, they said.

“The OSIRIS-REx mission truly is a ‘ground truth’ mission, the connection between meteorites on the ground and asteroids that are still orbiting the sun that could hit the ground,” Hill said. 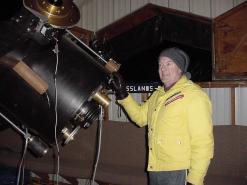 Not long ago, astronomers disparaged asteroids as the “vermin of the skies,” said Ed Beshore, OSIRIS-REx deputy principal investigator. Astronomers saw asteroids as bothersome “noise,” unwanted streaks of light that contaminated their photographic views of celestial objects farther out in the cosmos.

That thinking changed when people realized how much damage near-Earth asteroids can do when they hit Earth as meteorites, Beshore said.

For example, sophisticated mathematical modeling shows that the chunk of meteorite that blasted 1.25-kilometer-wide Meteor Crater out of northern Arizona’s Colorado Plateau about 50,000 years ago was less than 70 meters wide. Granted, that space rock was a rare iron-nickel meteorite that carried a much greater wallop than a stony or carbonaceous meteorite of the same size would have had. But still, that’s impressive.

Until Beshore was named OSIRIS-REx deputy principal investigator earlier this year, he directed the UA’s Catalina Sky Survey. This NASA-funded survey has led the world in searching for potentially hazardous NEOs, or near-Earth objects, since 2005. Amateur astronomers have helped enormously by providing follow-up observations that find orbits of newly discovered asteroids, Beshore said.

“Amateur astronomy today is much different than it was, say, even in the mid-1990s,” Beshore said. “The amateur astronomy community working now is extremely sophisticated. They have more advanced computers. They have developed a tremendous number of turnkey solutions to automate their telescopes. And they now can rent telescopes larger than most amateurs can afford.

“You’ve got a lot of dedicated amateurs out there who really are working like professionals, making serious contributions to the field,” he said.

“Frankly, if they wanted to, many could probably get jobs as professionals. But they’re probably making more money doing what they’re doing at their day jobs.”