One of Arizona’s largest watersheds – home to many native species of fish already threatened by extinction – is providing a grim snapshot of what could happen to watersheds and fish in arid areas around the world as climate warming occurs.

New research by University of Washington and Ohio State University scientists suggests that, by 2050, the Verde River Basin in Arizona will have up to one-fifth more streams dry up each season and at least a quarter more days with no water flow, a problem when fish are trying to reach spawning habitats and refuges where water still remains.

The changes diminish what scientists call “hydrologic connectivity” and reduce the ability of desert fish to use the entire watershed to obtain food, spawn and raise offspring.

“By linking habitat patches within stream corridors and facilitating the ebb and flow of organisms across the landscape, hydrologic connectivity is fundamental to the persistence of desert fishes,” said Julian Olden, UW associate professor of aquatic and fishery sciences and co-author of a paper on the subject published online Aug. 18 in Proceedings of the National Academy of Sciences. “Our study suggests that even modest changes in temperature and precipitation regimes in the future may lead to potentially large decreases in stream flow with associated habitat loss and reduced hydrologic connectivity.” 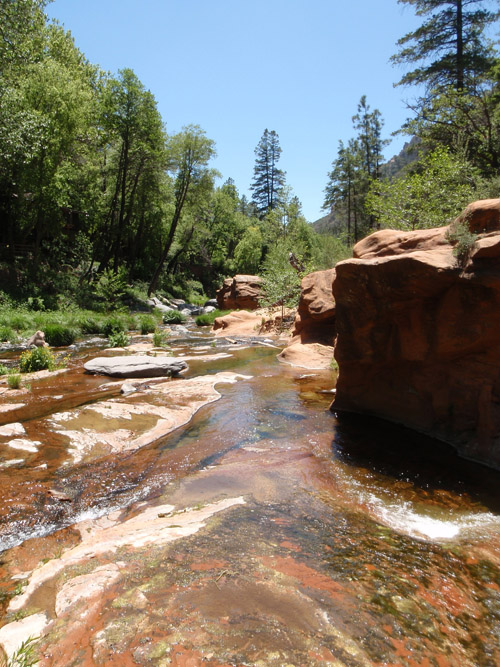 Oak Creek, part of the Verde River Basin of Arizona, dries up during parts of the year. With a warming climate, the frequency and duration of streams drying up will increase causing hardships for desert fish. Photo credit: K Fritschie

If water is flowing throughout the network, fish are able to access all parts of it and make use of whatever resources are there, according to Ohio State University’s Kristin Jaeger, who is lead author on the paper and conducted the work as a postdoctoral researcher in Olden’s lab. When systems dry out, temporary fragmented systems develop that force fish into smaller, sometimes isolated channel reaches or pools until dry channels “wet up” again.

“Climate change, stream drying and loss of habitat for threatened fish has implications for the streams and waterways that wind their way through arid and semi-arid landscapes that dominate the Earth’s surface,” Olden said.

The Verde River Basin, which feeds into the Lower Colorado River, is a network of waterways in Arizona’s Central Highlands that is characteristic of many desert watersheds. 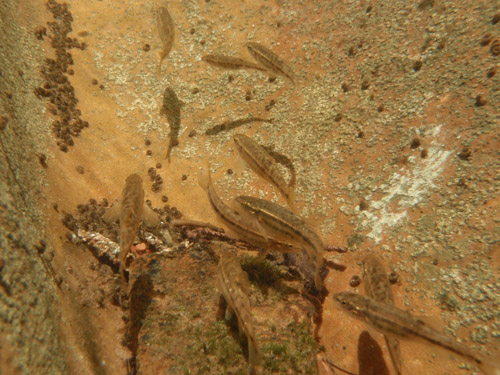 Speckled dace in the Verde River Basin and could have problems navigating the basin with increased stream drying. Photo credit: K Fritschie

The researchers used a rainfall runoff model that incorporates the basin’s elevation, terrain, soil, land use, vegetation coverage, and both current and future climate data, including precipitation and temperature. The model revealed a mosaic of wet and dry patches that shifted seasonally and varied over time. By mid- to late-century, the model shows that a warming climate will reduce connectivity for fish by up to 9 percent over the course of a year and double that during the critical spring spawning months.

“Our study is the first to predict local habitat loss from stream drying events, and explore how these patterns scale up to shape habitat fragmentation through changes in hydrologic connectivity and affect population persistence of endemic fishes,” Olden said.

Quite telling is that the outlook from this study should be considered conservative, the co-authors said. Difficulties in projecting groundwater supplies and withdrawals needed to support a growing Arizona population precluded such information from being incorporated into the models. Many other areas of the Southwest U.S. and other countries face similar situations.

“The prediction of more frequent and longer duration periods of stream drying in already fragmented systems will further fuel the need for ecologically sustainable water resource development,” the authors conclude.

The third co-author on the paper is Noel Pelland, a UW graduate student in oceanography. The work was funded by the Department of Defense’s Strategic Environmental Research and Development Program.