Division of Labor Offers Insight into the Evolution of Multicellular Life

EAST LANSING, Mich. — Dividing tasks among different individuals is a more efficient way to get things done, whether you are an ant, a honeybee or a human.

A new study by researchers at Michigan State University’s BEACON Center for the Study of Evolution in Action suggests that this efficiency may also explain a key transition in evolutionary history, from single-celled to multi-celled organisms.

The results, which can be found in the current issue of the Proceedings of the National Academy of Sciences, demonstrate that the cost of switching between different tasks gives rise to the evolution of division of labor in digital organisms. In human economies, these costs could be the mental shift or the travel time required to change from activity to another. 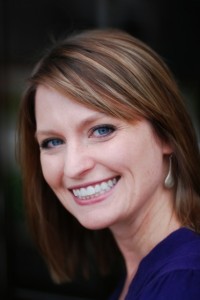 BEACON researchers led by Heather Goldsby show how division of labor helps out at the cellular level. Photo courtesy of MSU.

Using the digital evolution platform Avida, self-replicating computer programs, a the team imposed a time cost on the organisms that had to perform different computational tasks to get rewards, said Heather Goldsby, who led the study and is now a postdoctoral researcher at the University of Washington.

“More complex tasks received more rewards,” she said. “They evolved to perform these more efficiently by using the results of simpler tasks solved by neighboring organisms and sent to them in messages.”

In this way, the organisms were breaking the tasks down into smaller computational problems and dividing them up among each other.

The division of labor did not come about by bringing together individuals with different abilities – each member of a community was genetically identical, in the same way that all of the cells in a human body contain the same genetic material. Instead, the organisms had to have flexible behavior and a communication system that allowed them to coordinate tasks.

The most surprising result was that the organisms evolved to become dependent on each other.

“The organisms started expecting each other to be there, and we tested them in isolation, they could no longer make copies of themselves,” said Charles Ofria, MSU associate professor of computer science and engineering.